Voting with Marbles: Modernising Elections in The Gambia 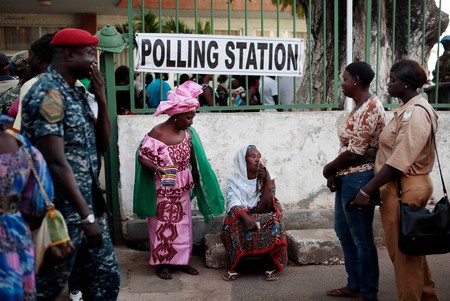 Gambians wait to cast their vote at a polling station in Banjul, The Gambia, December 2016. | © Jerome Delay/AP/REX/Shutterstock

The tiny West African nation of The Gambia has arguably the most unique system for casting a ballot in a general election: marbles. However, recent political changes and a move towards modernisation has triggered a surge in voter turnout, making the humble marble system unreliable and outdated.

The marble-in-drum voting system was first introduced in the run up to the 1960 general elections, the first time ballots of any kind had been used in the country. At the time it was believed that the marble voting system was the best choice for two reasons: firstly, the majority of the electorate was illiterate and found it difficult to vote on paper; secondly, the general perception was that this system provided greater security against electoral fraud. 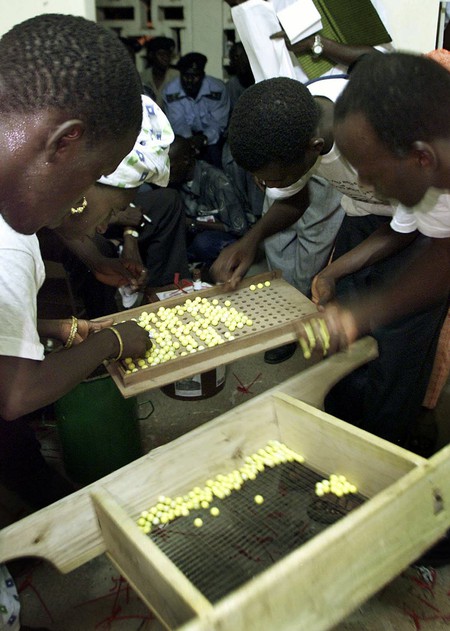 The marble voting process is simple: each registered voter is allocated a single marble which they place in drums that serve as ballot boxes. Each drum has a photo corresponding to a presidential candidate. Once they choose their candidate they slip the marble into a small hole on top of the barrel. The clang of a bicycle bell attached to the end of a tube inside the drum signifies that a vote has been cast. Sand or sawdust is placed at the bottom of the barrel to deafen the second clang of marble on metal. This process prevents people from voting more than once, and as soon as polls are closed, the drums are emptied and the marbles placed into special trays containing different measurement ranging from 100, 200 or 500 holes. The marble votes are counted immediately on site at the polling stations.

A shift towards paper ballots

With a recent change in governance, Gambians are now participating more actively in local and national politics. A product of this is the emergence of more political parties which means that in every general election there will have to be more ballot box drums painted in official party colours. 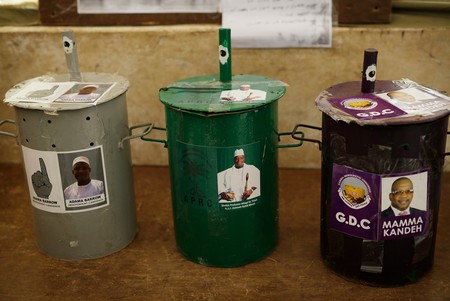 Alieu Momarr Njai, the chairman of The Gambia’s Independent Electoral Commission (IEC), hinted that The Gambia would introduce the paper ballot in the upcoming 2021 general elections.

Naji says, “Having observed elections all over the world and with the new democratic dispensation and increase in candidates vying for position, logistically it’s not possible to continue using the ballot drums (marbles); the ballot drums will cost more money to produce and we have 1,422 polling stations across the country. Last time we had nine candidates in one polling station, and with the new democratic dispensation, we are expecting more candidates in each election. So as a commission we are going to change as we are going to re-demarcate the whole voting system and introduce a completely new voter registration. And to do that we are expecting more candidates. Beside, these drums are not just expensive to make, but you have to paint them with party colours and where you have independent candidates, you have to give each a colour. And that’s before talk of transporting them.” 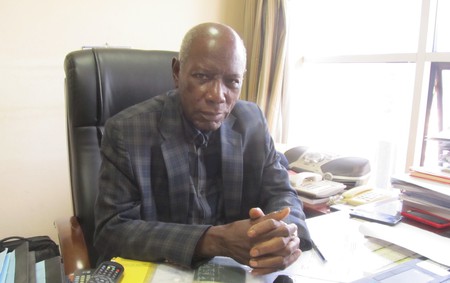 This development, Njai acknowledged, would also help the country to combine elections in the future. For instance, presidential and National Assembly Elections could be held on the same date.

He described the paper ballot voting system as more transparent, credible and cheaper compared to the current marbles system and disclosed that the new electoral reforms would also allow Gambians in the diaspora to participate in the country’s electoral process for the first time, as in line with the laws of the land.