The Origins of a Gambian Legacy: Kunta Kinte 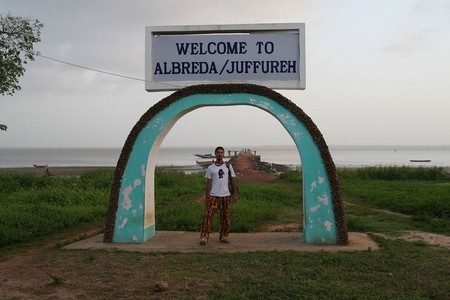 An entrance into the historic village of Juffureh | © N3ddo! / WikiCommons

Between the 15th and 19th centuries African men, women, and children were captured and shipped across the Atlantic in conditions of great cruelty. One such man became a household name across the world with the help of a bestselling novel and the preservation of his home town. Here’s everything you need to know about The Gambia’s inspirational Kunta Kinte.

Situated on the North Bank of the River Gambia, Juffureh is a small Mandika village made famous by the fact that it’s the birthplace of Kunta Kinte. Also known as ‘the slave who fought back’, Kunta Kinte’s story starts in 1767 when he was captured in the surrounding forests of his home village at the age of 17, sold into slavery and taken to America.

Kunta Kinte became the inspiration for, and lead character in one of the world’s bestselling novels, Roots: The Saga of an American Family, written by African-American author Alex Haley, a alleged descendant of Kunta Kinte. The book was adapted into a popular television series. Since then, this small north bank settlement continues to attract a number of African and European tourists interested in culture and history.

There have been disputes over Haley’s claims of legitimacy and his account of Kinte’s life, which he said were based on research and his family’s oral tradition. But what is certain is that his book has helped a great deal in popularising the ancestral home of Juffureh and the man Kunta Kinte internationally. 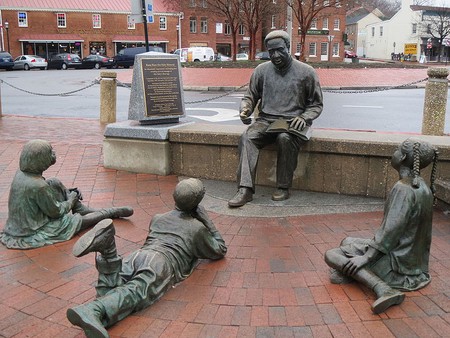 The release of the book and the well-received television show marked a turning point for the tiny village, as it also galvanised world opinion towards The Gambia and West African history. The village is still surrounded by the forest where Kunta Kinte was captured while gathering firewood. The ancestors of Kunta Kinte still live in Juffureh today and contribute towards the preservation of memory in the village by meeting with visitors partaking in the Roots Tour.

Aside from an excursion to Juffureh, the tour includes a trip to the neighbouring village and old colonial trading post of Albreda, the Gambian Slave Museum, and to Kunta Kinte Island (formerly known as James island) situated in the middle of the River Gambia. This tour is also popular with locals as it forms part of the history and social studies syllabus in Gambian schools. 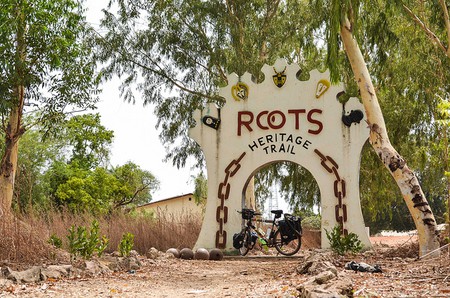 The start of the Roots Heritage Trail in Juffureh, The Gambia | © jbdodane / Flickr

Much has been done to preserve the site and the environment to make it look as it must have in the 1760s. Growing up Kunta Kinte would have, just like any other young boy, been adept at farming, cattle rearing, hunting and wrestling. In those days, these were common daily activities among many communities in rural Gambia, and ones that are still practised to this day. 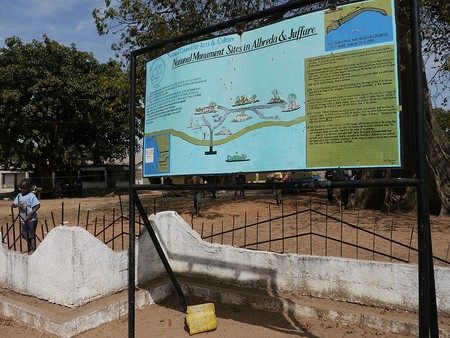