The Incredible Story of The Gambia’s Graffiti Villages 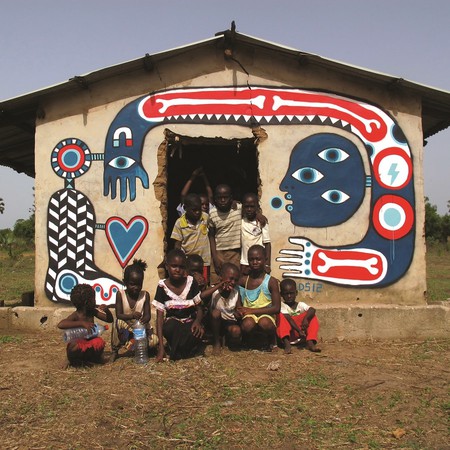 What’s the first place that springs to mind when you think ‘Graffiti Mecca?’ East London? Brooklyn? Kreuzberg? How about the village of Kubuneh? Or Galoya? Probably not. These rural villages in The Gambia have become an international graffiti phenomenon featuring artworks from some of the world’s best street artists.

The Gambia is the mouth to Senegal’s Pac Man: engulfed on three sides, this former British colony runs parallel to the Gambia river in West Africa. For years, tourists have flocked to its white-sandy beaches and its fauna-rich wetlands. Now, attractions include car-sized caterpillars, two-headed dogs, and giant porcupines, as what started out as a small, local project has evolved into Africa’s version of New York’s fabled 5 Pointz. 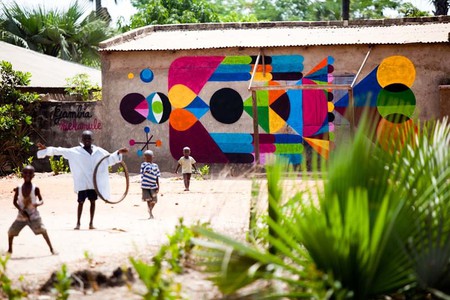 The idea behind the project

The roots of the project can be traced to an industry tourism event during which Gambian-based British lodge owner and keen amateur artist Lawrence Williams met local artist Njogu Touray. The duo formed an artistic collective called the Bush Dwellers, and began working with stencils and large canvasses in the villages around Williams’ lodge. 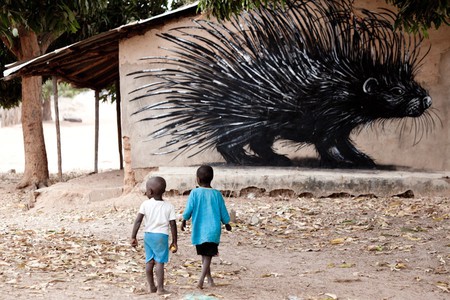 Initially it was purely a means to interact with the surrounding communities, while also drumming up tourism. But an idea soon emerged: to transform the entire village of Kubuneh into a living art installation that would generate income for the community and guarantee its future. In 2009, Williams received consent from the village elders of the Ballabu Conservation Area, and the Wide Open Walls project was born. 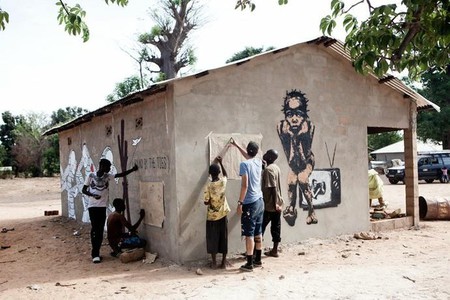 Professional graffiti is usually associated with urban landscapes, with street artists understandably wanting their work to be seen. But in 2011, renowned street artists from as far and wide as Belgium, Israel, and the U.S. swapped their urban canvasses for the mud and concrete of Kubuneh. 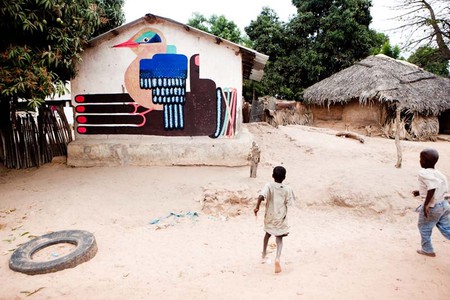 The impetus came in the form of Brighton-based street artist Eelus. Williams had emailed him a year earlier, and Eelus coordinated a group of artists to venture to The Gambia. The lure was not notoriety, but the idea of making a lasting impact on the villagers’ lives. 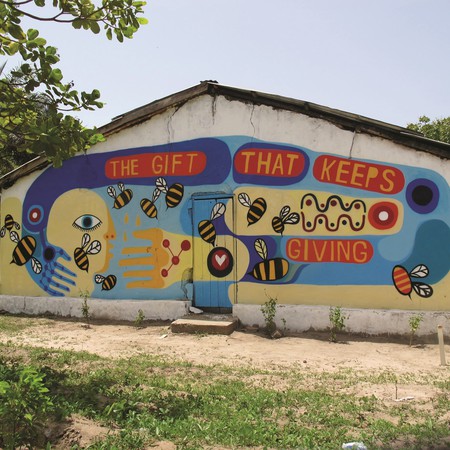 One of those to answer the call was London-based street artist David Shillinglaw, whose decision to come was based on community. He acknowledged that, ‘Being given the consent to have creative freedom on someone’s home is incredible… but to know that I am also working on a project that has the potential to benefit the community is absolutely priceless.’ 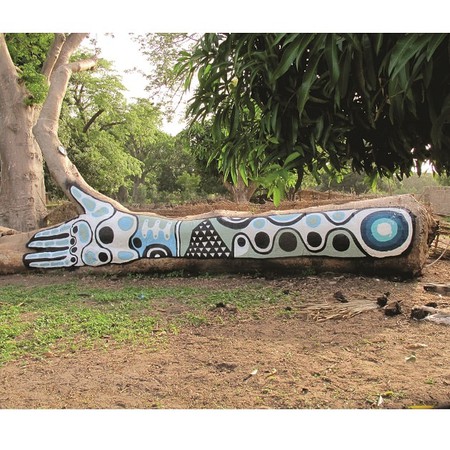 Over the course of a few weeks, the group transformed the village into a gallery. Taking inspiration as much from their environment as the villagers themselves, they decorated homes, schools, and trees with murals of peace, community, and wildlife. Artists have been coming back to the villages ever since. 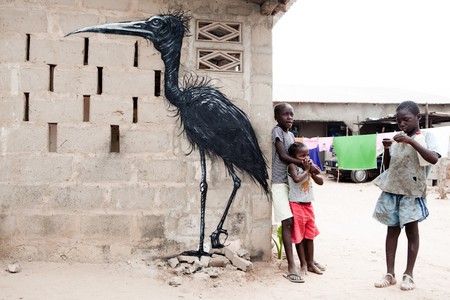 It’s hard to quantify the effects of the project, but if there is one certainty it is that Wide Open Walls has put these villages on the map. This has led to an increase in tourism to Williams’ luxury lodges, allowing them to expand and offer more job opportunities to young villagers who might otherwise have headed west to Banjul in search of better economic prospects. 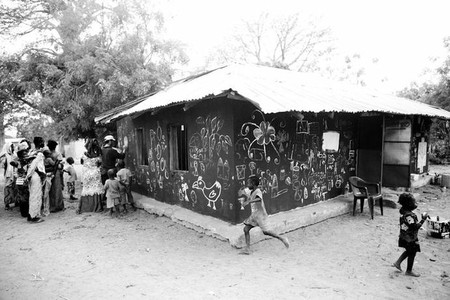 Working with the community | © Jonx Pillemer

Meanwhile, the murals have left their mark on the villages in more ways than one. As part of the project, artists held workshops for local children, while older villagers have begun to mirror the techniques they learned from the artists. Even the village elders have contributed to the works, with British duo Best Ever’s mural of a man lying adjacent, featuring the words of a village elder: ‘I work carefully to open my heart’. 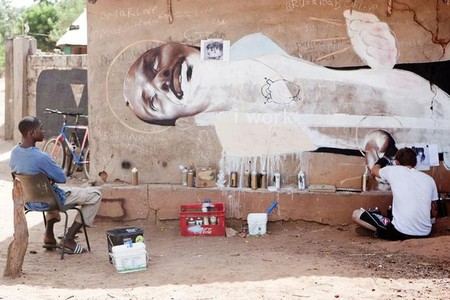 However, some villagers feel they are not benefiting enough from having giant zebras or frogs on their homes with the promise of a nursery and visitor centre having not yet materialised. Ultimately, time will tell, but for the present this previously little-known part of The Gambia is receiving international attention. And deservedly so. 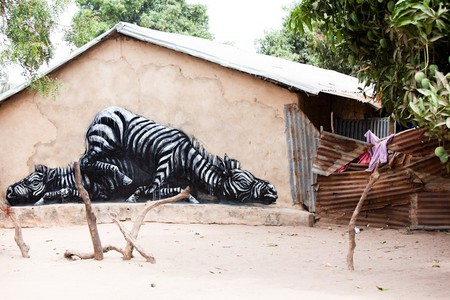 Artwork by ROA (Belgium) | © Jonx Pillemer
Give us feedback