Inside The Re-emergence of The Gambia’s National Troupe 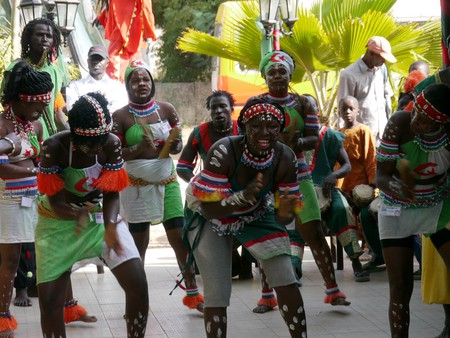 Music and dance play an integral role in the cultural development of any nation. A country’s national troupe create a platform to expose and promote its rich cultural heritage. Read on as Culture Trip uncovers the story behind the re-emergence of The Gambia’s National Troupe.

The Gambia established its first National Troupe in 1974. This national band later became an integral partner in promoting the country’s rich cultural heritage both at home and overseas. Boosting the country’s image, especially in those early days of tourism development, the band was comprised of musicians from all Gambian ethnicities. The troupe performed songs inspired by The Gambia’s rich folkloric traditions, while others were composed to address emerging and current issues at the time such as environmental protection.

Hassoum Ceesay, a renowned Gambian historian and researcher at the National Centre for Arts and Culture (NCAC), notes that the troupe boasted of the best and brightest talents in Gambian music and songs at the time. “[The original] National Troupe performed as far as Russia, Libya and the United States of America, and became a powerful tool in the promotion of the then burgeoning Gambian tourism. In 1976, the troupe made a successful tour of the Americas to better popularise the country as a unique destination. It rehearsed and performed a repertoire of songs in all the major national languages. Generally, this troupe exhibited the best and brightest aspects of Gambian dance and music here and overseas.”

Ceesay however, attributed the collapse of this national troupe to constant changes of ministers responsible for the tourism sector in the country at the time. “Sometimes ministers changed and it may have been that the next minister was not interested in the troupe so it collapsed”. 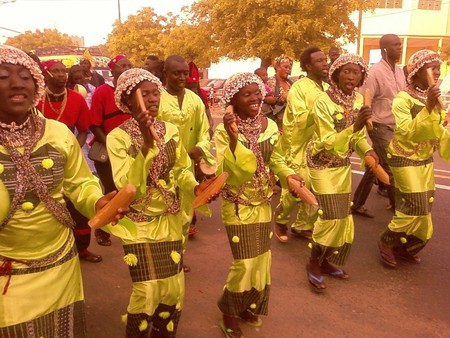 When the Armed Forces Provisional Ruling Council (AFPRC) junta came in 1994 after toppling the government of Sir Dawda K Jawara, they were desperate to gain legitimacy, and so were advised to form a new troupe. It came, but was a flash in the pan as it soon dissolved due to financial constraints, and also may have been seen to serve the parochial purpose the junta had in mind.

Since then several attempts to revive and put the National Troupe on the right footing were made, but all failed. During this period the country was not represented in any international cultural events. It was indeed one of the darkest moments for The Gambia and its people.

Now, after 22 years of absence, the government has decided to remedy the anomaly of having a country without an official national dance ensemble. In March 2018, the minister of Tourism and Culture, Hamad NK Bah inaugurated a new a technical committee to advise on the formation of a new troupe. The troupe selection process is currently underway.

Each ethnic group across the country has their own griot, a multi-talented storytelling performer. The griot from each group is eligible to be a member of the troupe. Each performance is compromised of a group dance, as well each group representative demonstrating a traditional dance from their region. The news of this re-establishment was greeted with euphoria, as after a long hiatus the country is preparing to be placed back on the map of world culture.

The move demonstrates the new government’s resolve to have a new troupe worthy of the rich culture and performance traditions. This new group will continue to represent all ethnicities and groups in the country. Some of the local instruments that will be played by these new griot members include: the djembe, kora, balafon, tama, sabarr, flutes and the molo. 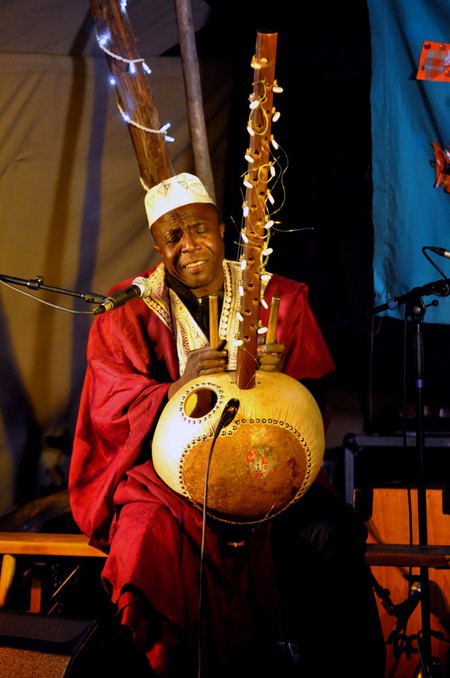 The importance of the National Troupe

Cultural music is a form of oral history, passed on down through the generations in order to teach the young and ensure the preservation of the country’s rich traditions. In this way, the National Troupe is very important in the development of the country.

“This troupe showcases Gambian cultures, traditions and heritage and also helps in the promotion of cultural performances and dances. It also helps to horn local talents and revives cultural songs, thereby exposing young ones how to use traditional musical instruments.” Ceesay added.