How to Travel From Banjul to Brikama 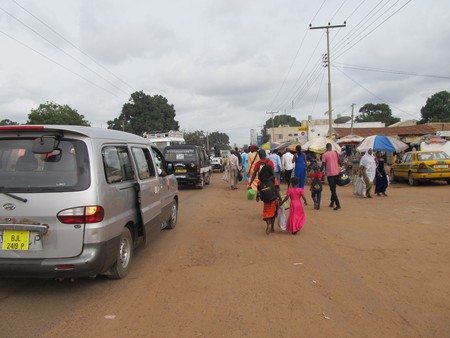 Being the smallest country on the continent, travelling anywhere from The Gambia’s capital city, Banjul is not very difficult. But this handy guide will help you arrive in the neighbouring city of Brikama stress-free.

Brikama is a popular metropolis in Gambia, probably renowned for its thriving transportation hub. As a visitor, travelling from Brikama to The Gambia’s capital city of Banjul has now been made easier, thanks to the diverse fleet of carriers that connect these two important settlements on a daily basis.

Situated some 35km south of Banjul, Brikama is an important, thriving centre in The Gambia, and getting a carrier that connects to all major towns whether in the urban or rural south bank is both cheap and easy. Even those travelling to the Southern Senegalese province of Casamance will find this guide helpful. Besides, Brikama is also the administrative capital of the West Coast Region, one of the seven regions in The Gambia. Known for its amazing natural feautres and a modern craft market, the town is home to The Gambia’s oldest teacher-training institution, The Gambia College.

Regarded as one of The Gambia’s busiest transport routes in urban Gambia, many commuters travel from Brikama to Banjul using GTSC fleet of buses. It has a thriving transport sector for all types of fleets. With its strategic bus depot, Brikama is a household name when it comes to Gambia’s transportation industry. On an hourly basis a bus departs from either side of the route. The first bus leaves Brikama in the early morning and the last bus leaves late at night. Fares between the two routes are relatively cheap compared to small carriers, but sometimes journeys might be delayed, especially if you are caught up in the busy Serrekunda stretch, another metropolis before finding your way into the city 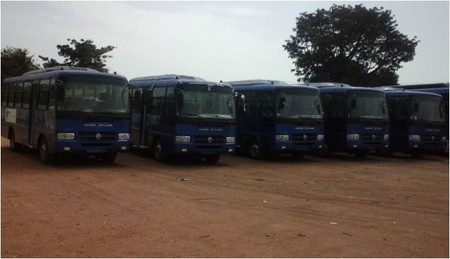 Favoured by many commuters travelling between Brikama and Banjul, the majority of carriers that operate between the two destinations are vans. Its comfortable and fast nature makes it a commuter’s favourite means of getting in and around in urban Gambia. However, the increase in the number of vans plying this busy route could be largely attributed to the good road network linking these two important towns. Travelling from Brikama to Banjul as a visitor, it’s worth following the locals’ lead to experience a typical Gambian lifestyle. The fares slightly higher than bus fares, although it still remains affordable to average Gambians. Using this stretch daily, visitors could easily integrate into The Gambian society without any stress. 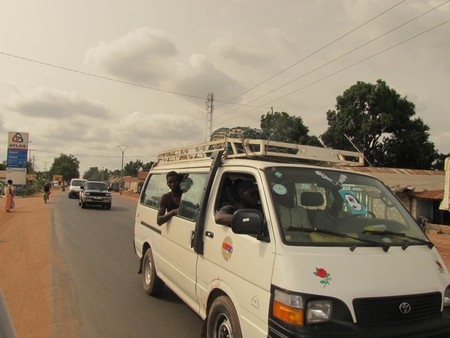 Another preferred carrier that connects these two major cities are Gelegeles. Though its fares are minimal, most passengers only use this type of carrier when there is no other option. Its overcrowded and time-consuming nature puts many commuters off this method of transport. Its constant stops in major towns dotted along the route leading into the Gambia’s capital city can be tedious, though visitors may find it exciting and get a real exposure to Gambian society. 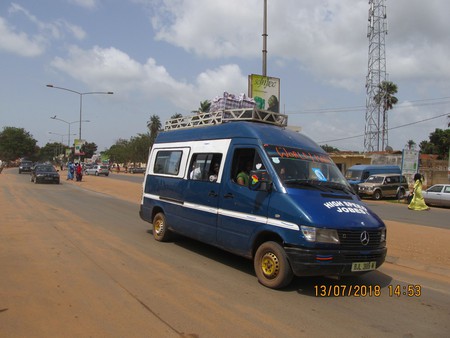 Taxis are the fastest means of transport in The Gambia. It is fast and reliable even though fares are more costly. This carrier takes fewer people compared to all Gelegeles or mini vans. It can drop passengers right at the door of their destination without the fuss of traffic and congestion. There are no allocated taxis that connect passengers from Brikama to Banjul. However, if you’re ever in need of a taxi between Brikama and Banjul just flag one down and negotiate. Fares can be expensive though, especially travelling from Brikama to the city. 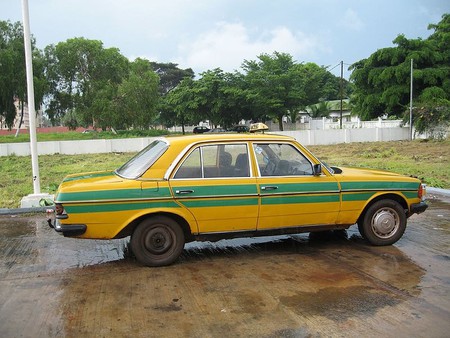 If you want to avoid the hustle and bustle of the busiest areas of The Gambia during your stay, your best option is to negotiate with a taxi driver. It will guarantee a stress-free way to reach your destination on time.