Gambia vs The Gambia: What’s in a Name?

Today this small West African nation is known by two names: ‘Gambia’ and ‘The Gambia’, but why the fuss over a ‘The’? This is the story behind how the country got its name and what locals prefer to call it.

Gambian history can be traced back centuries. The first Europeans to arrive on Kombo-St. Mary Island, today know as Banjul, were the Portuguese explorers in 1456. It was the stunning location of the country on the West Coast that attracted these European explorers in their quest to make it a base.

The Gambia is the smallest country on mainland Africa, surrounded on all the three sides by Senegal. The country gained its independence on February 18, 1965, with Sir Dawda K Jawara becoming the Prime Minister and later the first elected president of The Gambia. After gaining its independence it became the 21st independent member of the Commonwealth of Nations. 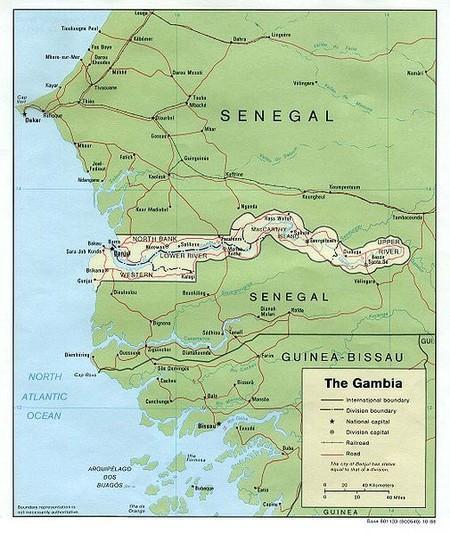 A map of The Gambia | © Perry-Castañeda Library Map Collection / WikiCommons

Where did the name ‘Gambia’ come from?

As with many stories there are several versions. One account, as told by Hassoum Ceesay, a renowned Gambian historian and researcher at the National Centre for Arts and Culture, is that upon arrival in 1456, Portuguese explorers met a local fisherman on St. Mary Island. During their interaction, communicated through sign language, the fisherman thought he was asked who owned the island. The fisherman responded with ‘Kambi Bolong’. ‘Kambi’ is a common surname of the Bainukas, one of the ethnic groups in the country who are credited as the original settlers of what is today called The Gambia. The Portuguese recorded the name as ‘Kambi Bolong’, and thereafter the name passed from one explorer to another. Other names captured in The Gambia’s record books are ‘Kambea’, ‘Jambea’ and ‘Gambra’ as they appear in Portuguese records until British explorers arrived on James Island in 1588 when it officially became Gambia. Another belief is that the name is is based on the translation of the Portuguese word ‘cambio’ meaning ‘trade’ or ‘exchange’, a common activity along the river.

What is definite is that the country was named after the River Gambia. It is the main geographical feature in a country that cannot boast mountains or lakes. 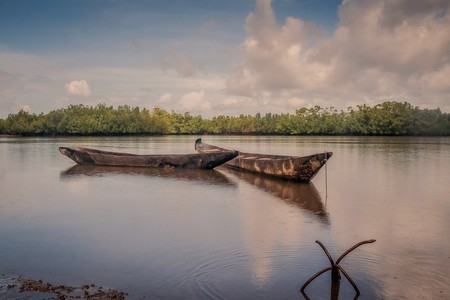 Where did the ‘The’ come from?

For many years the official name was ‘Gambia’, derived from the Mandinka language, the largest ethnic group in The Gambia. A letter in The Gambia’s main archive, written by the then-prime minister Sir Dawda K Jawara in March 1963 and addressed to the Special Committee on the country’s name at the United Nations, revealed that in order to distinguish Gambia from a country which was becoming newly independent, namely Northern Rhodesia (now Zambia), he wanted to add a definite article ‘The’ to its name. This development also helps because for many years mail bound for Gambia has mistakenly been sent to Zambia. Since then ‘The Gambia’ is now officially the name of the country. 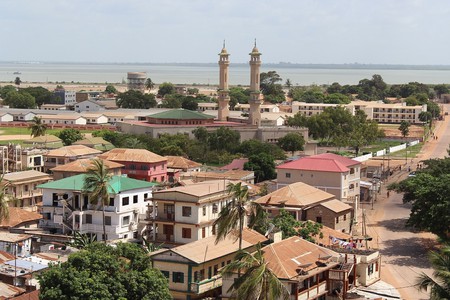 The Gambia’s capital city of Banjul is located on St. Mary Island where Portuguese explorers landed in 1456 | © IsaacTuray / Pixabay

Which name do locals use?

Most people in the country still use just ‘Gambia’ instead of the official name. But this could be largely attributed to a lack of awareness among the local populace, or for the sake of simplicity and informality. Efforts are on course to better popularise the official name of the country among its population. Meanwhile, ‘Republic of The Gambia’ is also used to refer to the country but that title is mostly during diplomatic engagements. In summary, when speaking officially ‘The Gambia’ is appropriate, however you won’t offend locals when visiting the country if you drop the ‘The’.