An Introduction to The Gambia’s Fulani People 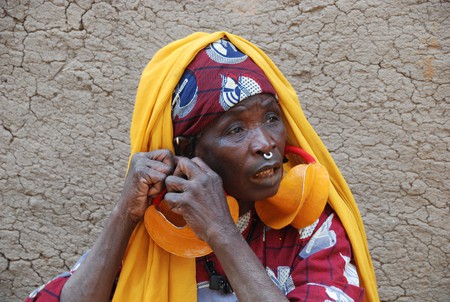 The Fulani people are thought to be the largest noamdic ethnic group in the world and they make up nearly a fifth of The Gambia’s population.

With a population believed to be in the region of 40 million people, Fulani, Fula or Fulbe are an ethnic group that are spread all over Africa. Making up 18 percent of The Gambia’s total population, they are the country’s second largest ethnic group, living mostly in the east.

The Fulani people came to the Senegambian region during the time of the great Ghana Empire. Fulanis in The Gambia were said to have migrated from Senegal, Guinea and Mali, but established themselves in The Gambia in the 1800s. 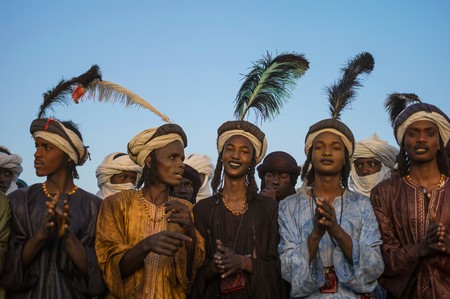 The Fulani state, like many other groups, finds it origins along the Trans-Saharan trade route. Some historians are of the opinion that Futa Toro in north-eastern Senegal is the ancestral and cultural homeland of the Fulani in Africa, who began their migrations into the rest of the Senegambia region in the 13th century. Others believe that they immigrated from outside Africa, perhaps from the Middle East and Southern Europe.

The origin of the Fulani have also been traced to western Sudan. Even the name ‘Fula’ is derived from the Mandinka word for ‘red’ to denote the copper-like colour of their skin.

In around 1512, a Fulani leader by the name of Koli Tangella seized power in his community and set up the capital at Silla in present-day Senegal. During his reigns in power, the kingdom of Futa Toro stretched all the way from Senegal to Jalonke in present-day Guinea.

A later Fulani ruler was was said to have led a group of tribesmen from Futa Djallon Guinea-Conakry westwards (allegedly guided by a talking parrot). The first Fula kingdom in The Gambia was Fuladugu near the Buroko rocks in present-day eastern Gambia.

Fula tribesmen are traditionally pastoral nomads, herding cattle, goats and sheep. Today some still hold onto their traditional practises, but many have chosen to rather engage in commerce and business, even politics (the current president of the Gambia, Adama Barrow, is Fulani). It’s believed that many Fulani people are moving away from traditional occupations because of droughts and loss of pastures due to urbanisation, risking the disappearance of an ancient identity. 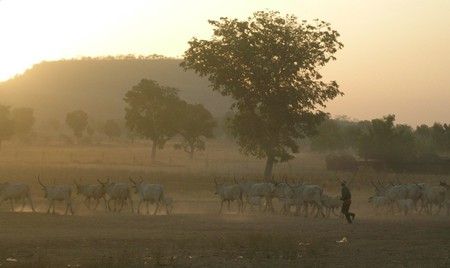 The Fulani people follow a strict moral code that has allowed their traditions and their culture to continue to survive in a relatively purist state for many centuries. These rules of ‘Pulaaku’, or ‘pathways’, include teaching each new generation about the Fulani language, history, and the four tenets: hard work, hospitality, modesty, and discipline.

The Fulani are said to be the first group within West Africa to have embraced Islam and to have helped spread the faith across the region.

Accompanying their striking traditional dress, the Fulani people often adorn themselves with beautiful jewellery and headdresses and paint themselves with henna. Fulani women are also renowned craftspeople, making pottery and woven and embroidered goods. Outfits differ according to region, but among the Senegambian Fulani it is common for Fulani to use ink to blacken their mouths and gums. 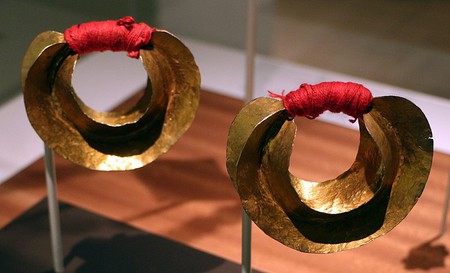 In the modern-day Fulani community of The Gambia, most people speak Pulaar, or Fula, which comes from the West Atlantic branch of the Niger-Congo language family, and is closely related to the Serer language spoken in surrounding Senegal. Some historians believe that the Fulani were originally a Berber-speaking people, who crossed into Senegal to pasture their cattle on the Ferlo plateau. As their herds increased, small groups found themselves being forced to move eastward and so initiated a series of migrations throughout West Africa. Justifying this fact, they made reference to the Fula language, which some believed is akin to the languages of these people. The union between Berber, Wolof and Serer is said to have produced two distinct groups of Fulani with differences in racial and occupational characteristics.