Top 10 Things To See & Do In Stone Town, Zanzibar

Night Market © imke.stahlmann/Flickr
Also known as Mij Mkongwe, which is Swahili for ‘Old Town’, Stone Town is the oldest part of Zanzibar City. Named a UNESCO World Heritage Site in 2000, it is known for its rich cultural heritage of Arab, Persian, Indian, and European elements. Here are the top 10 things to do and see in the area.
Night Market © imke.stahlmann/Flickr

Found on the coast of the Indian Ocean, this small park sits right across the street from some of Stone Town’s most famous buildings: the Arab Fort, the House of Wonders, and the Palace Museum. Sadly, the latter two structures have fallen into a state of total disrepair, but the 19th century architectural details that remain still make these striking ruins worth a visit. A wonderful food market (pictured above) takes place in the garden itself every night, so be sure to stop by after dark and spend a charmed evening sampling Swahili and Zanzibari cuisine.

Watch out for: The Zanzibar Pizza 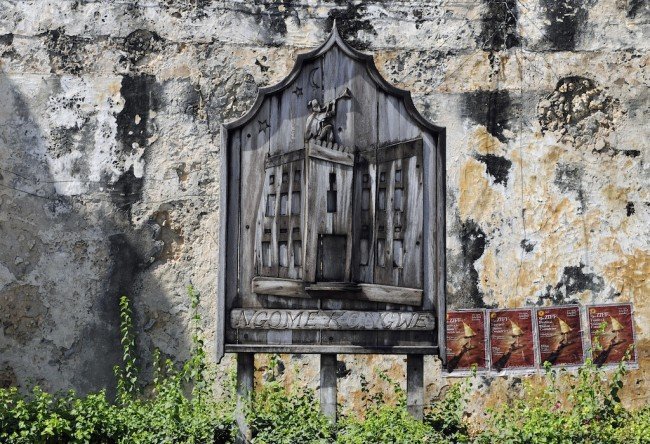 Mentioned previously in Forodhani Gardens, this building is in far better condition today than its two neighbors, and is especially notable for its impressive architecture and history. Constructed in the late 17th century, this fort was built on top of an even older Portuguese church as a means of defense against the occupying Portuguese forces., The remains of the church can still be seen built into the inside wall of the fort. It was later a prison in the 19th century, and even turned into a ladies’ tennis club before the 1964 Revolution. Now, visitors may enter the fort for free and explore the battlements and towers for great views of the harbor and ocean. The amphitheater inside the fort still sees some use today, and if you’re lucky you may catch a live performance on this 400-year-old stage.

Watch out for: Live performances in the open air theater.

Darjani Bazaar is the hub of Stone Town’s commerce, selling a wide range of groceries from meat and fish to spices and produce, as well as a variety of wares and crafts to enjoy. Several stands sell souvenirs that make perfect keepsakes to take home as mementos of your time in Stone Town. Some of the sights and smells are surely not for the faint of heart, but it is an amazing cultural experience that should not be missed if you want to experience an authentic East African market.

Watch out for: The spice market – don’t be afraid to barter.

First built as a dispensary during colonial times, this impressive four story building has a long and interesting history. After serving as a charitable institution as well as a series of apartments, it fell into a state of disrepair during the revolution, but was successfully restored to become a respected, thriving cultural site. Located right on Zanzibar’s seafront, The Old Dispensary is now the town’s cultural center and houses its own restaurant along with several shops and offices. There’s also a hookah bar on the second floor for those looking to explore the night life. This symbol of multi-cultural Zanzibari architecture is not to be missed in your travels to Stone Town.

Watch out for: The ‘Big Tree’ – a massive fig tree right by the Old Dispensary. 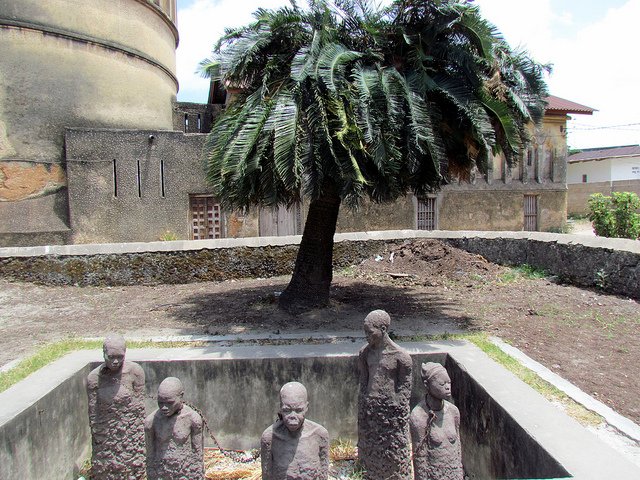 Built in 1873 by Edward Steere, the third Bishop of Zanzibar and famous British abolitionist, the Anglican Cathedral of Christ Church was symbolically built on the location of the whipping post from the island’s largest slave market. The unusual architecture includes a unique barrel vault roof and gothic and Islamic details. Steere himself is buried behind the main altar, as he died a few weeks prior to its completion. The grounds also host one of the most famous Slave Monuments in the entire world.

Watch out for: The wooden cross – it’s said to be made from the tree under which the anti-slavery crusader Dr. David Livingstone was buried. 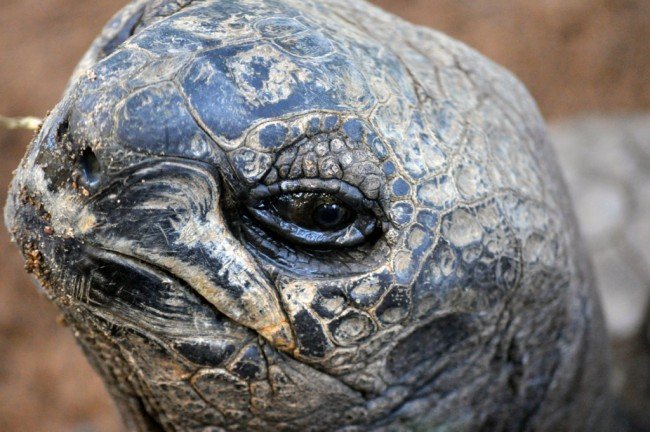 Also known as ‘Prison Island,’ this island can be reached on a short 20-minute boat ride from Stone Town. Changuu is home to dozens of giant tortoises, some of which are over 200 years old, and its sandy white beaches and crystal clear water make for some great swimming and snorkeling. History buffs can also visit some of the former cells that housed prisoners in the 19th century.

Watch out for: Nakupenda Beach. It’s possible to include this beautiful ‘Sunbar’ in a day tour of the island.

Built between 1870 and 1888, the Hamamni Persian Baths were the first public baths in Zanzibar, and were used as such until 1920. The name ‘Hamamni’ means ‘the place of baths,’ and it was called ‘Persian’ because it was built by Shirazi architects. Although they are no longer in use, it is possible to see many of the rooms for a small fee. Just ask the caretaker across the alley to unlock the gate for you to see this interesting area.

Watch out for: The ‘warm room’ with underground hot water aqueducts.

Malindi Mosque is one of the oldest mosques in Stone Town. Built by the Sunni sect in a simple style, this is one of three mosques that exhibit cone-shaped minarets, which sit on a square platform. To see them, you need to stand on a baraza (benches found on the side of most Swahili-style buildings) of a neighboring building, which is a beautiful structure worth exploring in its own right. The mosque is well worth a visit while in Stone Town, especially since it’s conveniently located just opposite the town center.

Watch out for: The mausoleum across the street – it’s one of the few left in Stone Town. 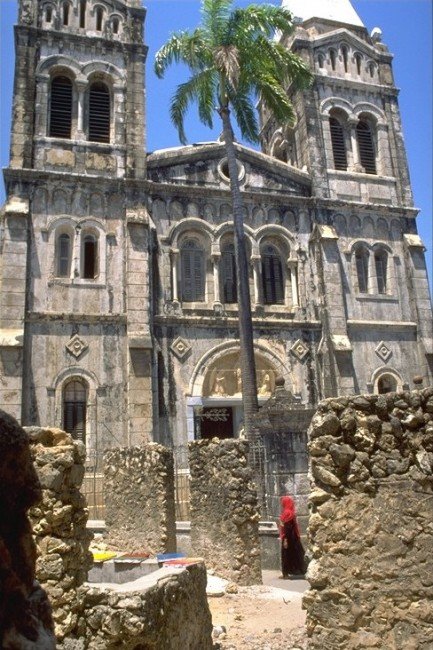 St. Joseph’s Cathedral was built between 1893 and 1897 by French missionaries in the Romanesque style, and the plans were drawn by the same architect who designed the cathedral in Marseilles. Its twin spires can be spotted from anywhere in town, and make up a distinctive feature of Stone Town’s skyline. St. Joseph’s main doors are only opened during mass, but when those are closed, it is possible to enter through the back. While you’re here, stop in to admire the intricately carved wooden chests at the workshop across the street.

Watch out for: The local choir – try to go during a Sunday mass.

Opened by an NGO in 2001 to provide musical education for Zanzibar’s citizens, the Dhow Countries Music Academy hosts regular musical performances as well as an art exhibit. Its eclectic mix of concerts creates an amazing, vibrant ambiance in a beautiful setting. Definitely well worth a visit for the musically inclined, or anyone who supports community initiatives for cultural and artistic enrichment.

Watch out for: the in-house art installations