The Top 10 Films To Watch Before Your Trip To Tanzania 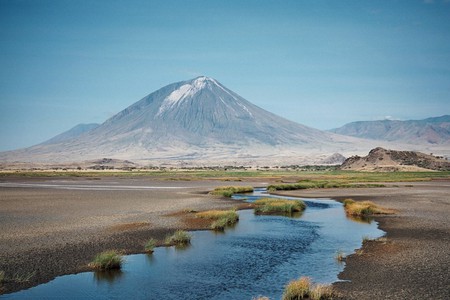 Tanzania is amongst the most beautiful places in the world, with all the features necessary to attract both tourists and investors. The northern area of the country is characterized by world-renowned tourist attractions such as Mount Kilimanjaro, Ngorongoro National Park, Tarangire National Park as well as Lake Manyara National Park. This area of the country is also very famous for Tanzanite mining. In contrast to the Northern zone, the lake zone is very famous for Lake Victoria as well as gold mining, while the capital, Dar es Salaam, is a popular destination for business activities. With all this on offer, there are many different sides of Tanzania to explore, and coupled with the varying cultures and traditions to be found in the different geographical zones, there is ample material for cinematographic exploration. Here are the top ten films to watch that will get you in the mood for your trip to Tanzania.

Director Robert Collins tries to reflect the dangers faced by the communities living in remote areas in Africa, especially those of marginalized communities living in rural areas, faced with the threat of being attacked by natural predators. Collins reveals the plight of Mr. Casey’s family, trying to avoid being attacked by a pride of lions, and trying to save themselves from a sticky end. But the problems revealed by the characters in Savage Harvest are nothing compared to the realities faced by the Maasai community living in Kanjiro, around Ngorongoro Conservation Area. As their settlements now fall within the Ngorongoro ecosystem, they have to co-exist with lions and other natural predators every day. Life in Kanjiro is not much different from camping, although the main difference is that camping is generally temporary and security measures are taken to avoid real danger. 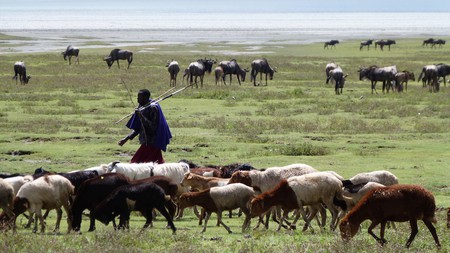 When speaking about a Swahili film that truly reflects the life of Tanzanians from the coastal area, Siri Ya Mtungi will be the first film to come to mind, as it really reflects this way of life. Filmed in Bagamoyo and Dar Es Salaam, this is an authentic and thought-provoking film which won’t leave you neutral. The main theme in Siri ya Mtungi is the fight against HIV/AIDS through the prevention of mother-to-child transmission; other themes include the spread of sexually transmitted diseases and sexually transmitted infections, drug trafficking and thug life. In addition, the movie reveals the culture of the communities living around coastal areas, including cultural norms like the Taarab song and polygamy. Juma Cheche, a photographer at Mtungi Studio, is revealed as a womanizer, despite having a beautiful wife named Chausiku. He would have relations with other women around the area, but when he becomes aware of the risks he’s incurring for himself and his family, he changes his ways and agrees to get checked out. Not only does the character become aware of issues surrounding HIV/AIDS, but we as viewers learn the same lesson.

This is a story of love at first sight, in which a well-educated Swiss woman falls in love with a poor Maasia warrior (Moran) living in a remote area in Kenya. They speak different languages and know nothing about each other, yet they end up getting married. The relationship goes awry when an unfortunate truth is revealed. Currently in Tanzania, many young people, especially in the tourist cities like Arusha and Kilimanjaro, are trying to enter into relationships with whites who are coming for the purpose of tourism. They believe the foreigner will be their savior, and eliminate their difficulties.

Nairobi Half-Life stars the young Joseph Wairimu (Mwas), among the most credible young actors in East Africa. Wairimu portrays the life of the young people whose desire it is to be successful in the media industry, specifically in filmmaking and production, and so he decides to travel to Nairobi where he can explore his potential. However, when he gets to Nairobi he finds himself entering into gang life after meeting Oti, who later on becomes his best friend. Mwas begins to steal and sell car parts and ends up in jail for some time, while all the other members of his crew are killed by police officers. This is a touching film that reveals a lot about the real life of youth in major cities in East Africa including Dar Es Salaam, Arusha, and Mwanza, all of which are found in Tanzania. It’s true that most of the youth from these cities are not natives of those areas, and in the beginning they came to those areas for the purpose of finding a job, but many of them end up falling into gangs.

Once you visit Tanzania for the first time and hear young people and children talking about the ‘Msandawee’ film or ‘Bushmen’ film, they’re talking about The Gods Must be Crazy, a South African comedy directed by Jamie Uys. The film reflects jungle life in Africa as the main actor of the film. The main character, Xi, was living in Kalahari Desert with his community members, and they were happily going about their life because they knew nothing of the external world, until their world is upended by the mysterious appearance of an unknown artifact: a Coca-Cola bottle. Their life depended on the hunting and killing of animals; in Tanzania, living in the jungle is not uncommon among the northern tribes like the Maasai, Barbiq, Meru, and Iraqw. They believe that gods and ancestors can save them from the dangers of being killed and attacked by wild animals.

The most recent film in the list tells the fictitious story of a volcanic eruption at Mount Vesuvius when the family of Mr. Jeff Pierce visits Pompeii. His daughter, Mykaela Pierce, uses her skills in order to escape the disaster. But Mykaela’s skills alone are not enough to escape the danger of the volcano, so her father has to employ all his skills to save the family and escape the danger zone.

In Tanzania, Mount Oldonyo Lengai, found in Ngorongoro, has similar characteristics to Vesuvius, and the events that unfold during the film aren’t too dissimilar to what happens when Mount Oldonyo Lengai erupts on a fairly regular basis, destroying large portions of the land and population of the communities that live alongside the volcano. 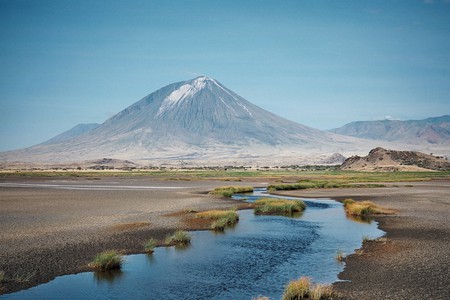 This film stars the late Steven Kanumba alongside Kajala Masanja, showing the trials and tribulations faced by marginalized rural communities in Tanzania, and delivering a message of accountability to the country’s citizens. Members of the community start to demand their rights, and the village council responds unfavorably, preferring their villagers to remain unaware of such things. Torture is used against them and events escalate.

This is the earliest film in this list, a story directed by Henry King in 1952 about a couple who travel to climb Mount Kilimanjaro, based on the Ernest Hemingway story. However, as the highest mountain in Africa, covered in snow and full of potential dangers, their trip to Mount Kilimanjaro becomes a very difficult one for Gregory and Susan. They have to escape an attack by wild animals, being wounded by natural plants, and other hazards. However, the content of the film does not really reflect the positive sides of visiting Mount Kilimanjaro; as the highest mountain in Africa, it is one of the easiest volcanic mountains to climb, with very good weather conditions and friendly porters whose responsibility it is to make sure that visitors are enjoying their trip to Tanzania and the climb to the peak. 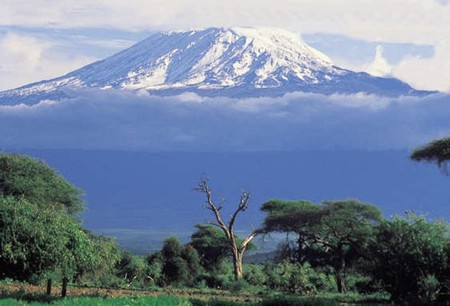 This film is about Alice, the British-Nigerian Public Relations Officer at Krielsen International Oil Company who travels to the Niger Delta to represent the organization during the hostage crisis. The crisis was the product of the discovery of oil in the Niger Delta which, instead of being a blessing to the local communities, rather becomes more of a curse. Government officials and investors are the only ones who benefit from the discovery of oil in that area. In Tanzania things seem to be much the same; after the discovery of gas in Mtwara, the conflict between the government and native peoples turned into conflict and led to the burning of the House of Tanzania Broadcasting.

This movie, set in Brazil, features three kids – Rafael, Gardo and Rat – who discover a wallet that had been thrown into the trash bin by José Angelo. The discovery of the wallet brings them into conflict with police officers, as the wallet has very crucial information about a famous politician in the city. But at the end of the film, the three kids manage to serve the community as they reveal the misuse and misallocation of budgetary finances by the politicians. In Tanzania, similar problems persist, and once you decide to act like Rafael and his friends, you will potentially be in huge danger of ending up in jail or suffering at the hands of the people you’re trying to uncover as criminals. This has happened a lot recently to journalists in the country. 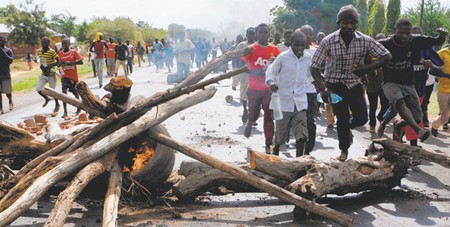 Conflicts in Mtwara | Photo by Erick Upete
Give us feedback