How an Animation is Empowering Young Girls in Tanzania

Tackling issues of adolescent sexual reproductive health head-on is all in a day’s work for Gwamaka Mwabuka. As co-founder of TAI, a youth-led NGO in Tanzania, and the producer and creative mind behind the recently launched straight-talking Harakati za Lucy, Gwamaka is bringing taboo subjects into Tanzanian social media in the hopes of empowering a new generation of young women and men.

The pilot episode of Harakati za Lucy, meaning Lucy’s activism, has already been launched and addresses the sensitive issue of young women’s sanitary requirements. Lucy has no mother and is hesitant to discuss her feminine hygiene needs with her dismissive father. As a result, she misses school during her menstrual cycle each month. 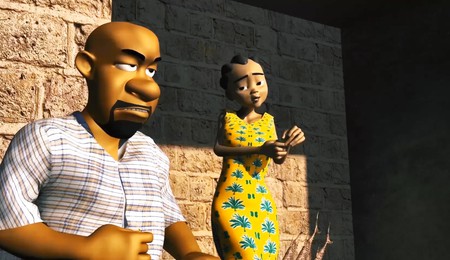 Lucy speaking to her father | Courtesy of TAI

Gwamaka says that this is a very common problem in Tanzania, with cultural barriers and modes of educational delivery making it difficult for people to talk about sexual and reproductive health issues. Harakati za Lucy aims to tap into the minds of the youth using educational and entertaining content that promotes gender equality and raises awareness surrounding issues concerning young Tanzanian women.

“We want to stimulate dialogue and get both male and female youngsters discussing sensitive sexual issues that are affecting adolescent girls in our community,” says Gwamaka.

The long road to success

The short pilot episode introduces the 3D animated characters of Lucy, her father, and a young male friend and, although just over three minutes long, took approximately six months to realize. 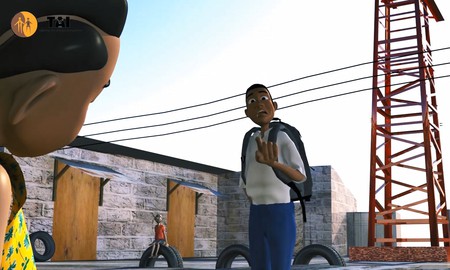 Lucy and friend | Courtesy of TAI

“We had a very poor studio and worked for over six months at an average of 50 hours per week to get the pilot show done,” comments Gwamaka. “We then used the pilot episode to help sell the concept and were recently able to acquire some seed finding to begin proper production,” he continues.

Currently scripts and other preparations are underway to begin production of season one in January 2018 and a comic strip will be available by the end of next year. The series will be screened online and on television while the comic book will be offered in print and in a mobile app.

Other delicate adolescent issues that Lucy will address include early marriage, gender equity, and teen pregnancies.

How the idea of Lucy came about

Gwamaka says that the idea of Lucy stems from his passion for filmmaking and his goal of empowering young Tanzanian women to reach their full potential. 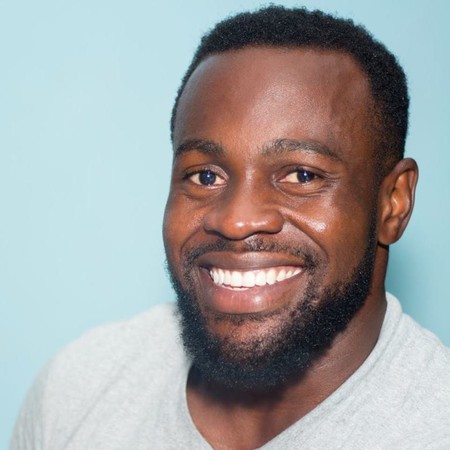 “After traveling abroad for a while and meeting young women from different cultural backgrounds I realized that Tanzanian youth, especially young girls, have so much more potential than what is traditionally recognized in my country. I want to change this cultural perception and make people aware that is is not okay to underestimate or mistreat women. I believe that women should have leadership roles in society and the best way to begin this process is by changing perceptions of youth,” he explains.

Gwamaka concedes however that there is still a way to go, and further funding is required to complete the studio, employ experienced voice artists, and most importantly, disseminate the videos to young people in poor rural areas where the content is needed most.

Harakati za Lucy is part of TAI’s Jali Project that seeks to use multimedia in order to raise public awareness about themes associated with creating a society where girls are protected and empowered to reach their dreams. TAI is a youth-led, project-based NGO that was co-founded in 2012 by Gwamaka and three others, and works with various local and international partners to directly improve the health and education of youth and children throughout Tanzania.