11 Reasons Why You Should Visit Tanzania 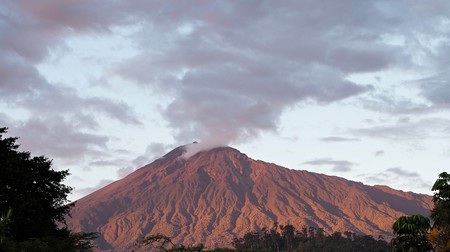 The magic of Tanzania is hard to beat as is the fabulous number of holiday options it presents. With choices ranging from awesome safaris among African wildlife, the peaceful surrounds of the beautiful lakes, the highest mountain in Africa, and a simple stroll through the eclectic Stone Town, here are some of the many activities one of the most stunning regions of East Africa has to offer.

Get the Out of Africa feel

Most people visit Tanzania to throw themselves into the abundance of wildlife for which the country is renowned. The northern safari circuit is the most often travelled and offers some of the world’s most diverse safari experiences including the lush and abundant Ngorongoro Crater, the world famous Serengeti National Park, and the beautiful wilderness of Tarangire National Park. The southern parks are more remote and generally offer game drives in open-sided vehicles as well as walking safaris and boat cruises and allow for a more intimate safari experience. 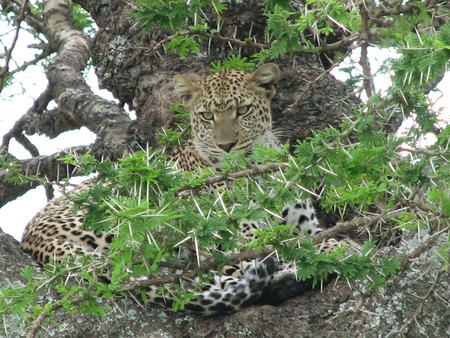 The Great Rift Valley began forming over 20 million years ago when the earth’s crust weakened and began tearing apart. This caused many volcanic eruptions and earthquakes, forcing the valley floor to sink lower and resulted in unique landscapes and some of the most famous habitats for wildlife on the continent. One of these is Lake Manyara, described by Ernest Hemingway as ‘the loveliest I have seen in Africa’, and the picturesque lake is home to a plethora of birdlife and mammals. Others, such as Lake Tanganyika, the longest in the lake in the world, boasts brilliantly coloured cichlid fish, while the purple lava walls of Lake Eyasi contrast beautifully against its white alkaline shallows. 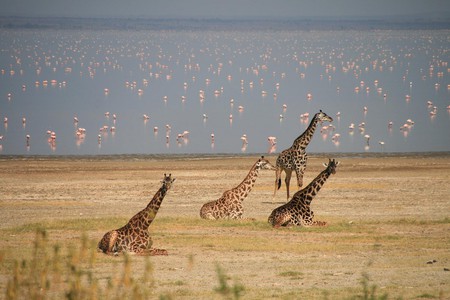 Delve into the past

The Oldupai Gorge Archaeological Site is the most important of its kind in East Africa and situated within the Ngorongoro Conservation Area. It holds the remains of the earliest humans ever found and were first discovered by archaeologists Louis and Mary Leakey in 1959. The first skull discovered was named Zinjanthropus, or ‘Nutcracker Man’, and is believed to have lived about 1.75 million years ago. Other important finds include Homo habilis and the Laetoli footprints. Archaeologists continue to work on these excavation sites during the dry season and they have been preserved for public viewing. At the top of the gorge there is a small museum, cultural boma, and market selling Maasai souvenirs.

Climb in a canoe

While most associate Tanzania with safari vehicles rather than canoes, there are a handful of beautiful places where visitors can enjoy a safari experience of a different kind. Lake Momella within the Arusha National Park offers still, calm waters that make for excellent boating conditions while the amazing wildlife can be admired on the shores of the lake. The sodium-rich lake also attracts flamingos all year around. Expect to see animals hippo, bushbuck, giraffe, buffalo, zebra, and smaller species of forest antelope. 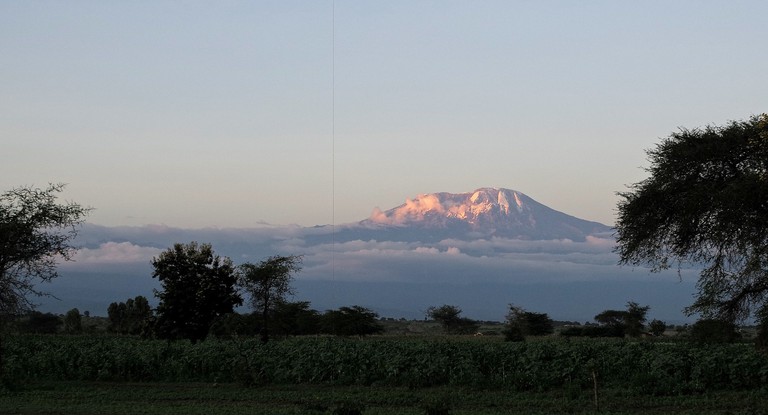 Mount Kilimanjaro at sunset | © Roman Boed / Flickr
Those who aren’t prepared to put in months of physical training before taking a five-day trek up the mountain don’t have to conquer the peaks of Kili to enjoy the magic of the mountain. Base walks provide an enticing alternative to scaling the mountain and take hikers to the scenic Kinukamori Waterfall. Continue on to picturesque Chagga Village, filled with banana and coffee plantations. Other alternatives are a full-day hike up to the first stop-over hut on the mountain, or take the plunge and head for the top. This is only advised for the experienced and physically fit and the mountain takes five to six days to summit.

Wake up and smell the coffee plantations

The coffee growing village of Karatu is situated along Tanzania’s famous northern safari circuit. It offers a colourful stop-over filled with stalls selling vegetables and tourist memorabilia and, of course, coffee plantations. Coffee has been grown in Tanzania for many years and is one of the country’s most important exports. Karatu, with its mineral-rich volcanic soil and altitude in the northern highlands, produces excellent coffee beans. There are a number of coffee plantations in the region and while visiting, learn more about the coffee production process and admire the verdant coffee crops.

Pick up some gifts to take home at a Maasai market

The Maasai people are synonymous with Tanzania and arguably as well-known as the wildlife that roams the country’s grassy plains. They are also a highly skilled tribe that produce intricately beaded jewellery, beautiful blankets, and ornate wood carvings, to name just a few. The markets are generally a better and cheaper place to pick up souvenirs than hotel establishments so prepare to haggle. 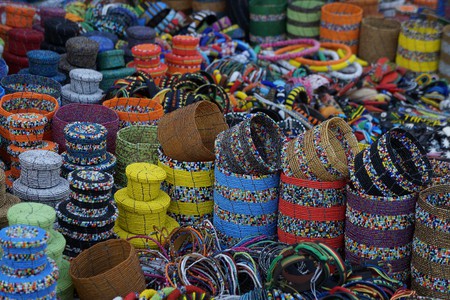 How about an underwater safari?

Pemba Island forms part of the Zanzibar Archipelago and the channel that separates the island from Tanzania’s mainland houses amazing coral reefs and an abundance of marine life. Some of the best diving opportunities in East Africa are available in these waters that offer fantastic visibility and hover around a lovely, warm 26°C (78.8°F). Hard and soft coral gardens support a proliferation of reef and pelagic fish as well as other marine life. Those not into diving can simply sit back and admire the awesome turquoise sea that contrasts breathtakingly against white, sandy beaches. Remote, pristine and untouched, there is simply no excuse to not visit this stunning gem. 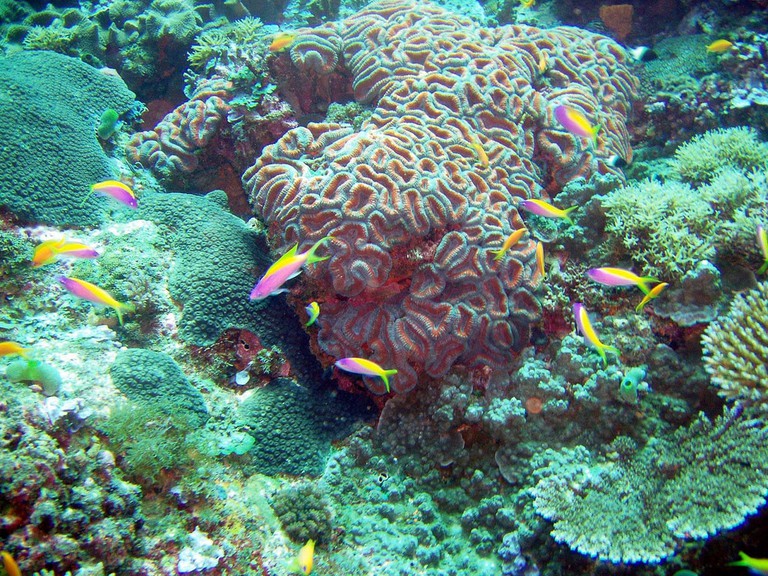 Slither into the Meserani Snake Park

Museum
Facebook
Email
Twitter
Pinterest
Copy link
Share
Just outside Arusha and en route to the Serengeti and Ngorongoro Crater is the Meserani Snake Park that introduces visitors to slithery creatures they don’t really want to meet in the wild. The park is well stocked with a wide variety of Southern and East African snakes that range from common species to deadly spitting cobras and African pythons. Visitors can take a tour and even hold a snake if they dare. Once the snakes have been taken care of, there are also some crocodiles to view, camels to ride, and the Snake Park Bar to grab a drink.

Lose yourself in the beauty of Stone Town 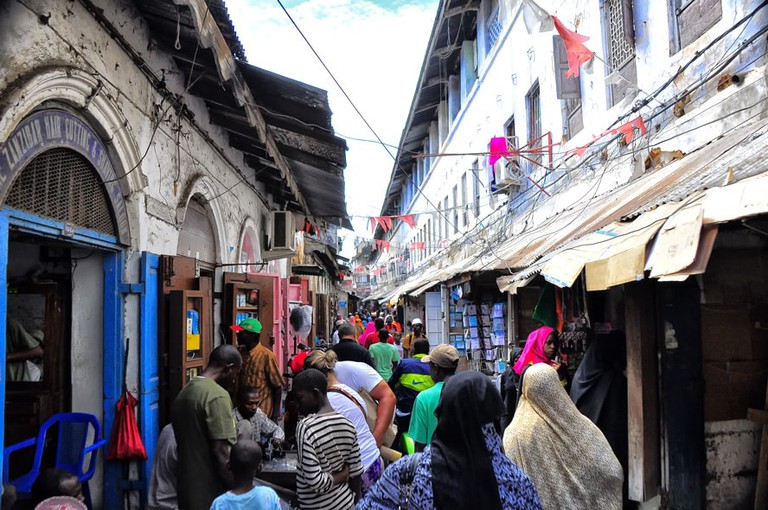 Streets of Stone Town | © Rod Waddington / Flickr
Stone Town is a UNESCO World Heritage Site and exudes an eclectic atmosphere that floats through its narrow, winding streets and age-old buildings. It once served as an important trading point and its gorgeous architecture reflects the many languages, tastes, and cultures that have influenced the town over the years. Interesting landmarks include the large and tall House of Wonders, constructed by the second Sultan of Zanzibar, and the Arab Fort, built in the late 17th century by the Omanis. Don’t miss the Anglican Cathedral of Christ Church, one of the most prominent examples of early Christian architecture in East Africa and built almost entirely of coral stone.

Let your nose lead you on a spice tour

Zanzibar has long been affectionately known as Tanzania’s Spice Island, and a tour through the spicy history of the city makes for an aromatic morning out. Guided tours will take visitors through villages and spice plantations where people can watch the spice farmers work and learn more about the local, organically grown herbs that are used in traditional dishes, medicine, and even dyes for ceremonial outfits. Afterwards, purchase fresh spices directly from their source and add them into dishes for an authentic taste of Zanzibar.