10 Top Things to See and Do in Tanzania 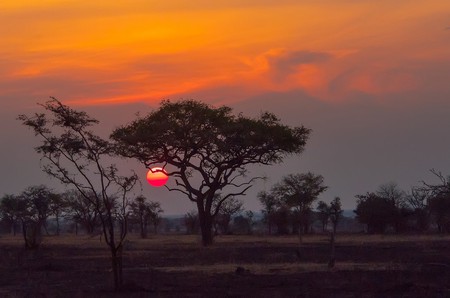 Sunset over the Serengeti | © Anita Ritenour/Flickr

Tanzania is an amazing country, rich in wildlife, culture, history and exquisite natural scenery. From the lakes of the Great Rift Valley to the endless plains of the Serengeti and the coral reefs of Zanzibar, there is something for everyone to cross off their bucket list. Read on for the top 10 things that visitors to the country should not miss.

Even those who have experienced a wildlife safari before should not miss the opportunity for a fabulous game drive. There are plenty of parks and reserves to choose from, ranging from the world-renowned Serengeti, to pretty Tarangire, and the small but beautiful Arusha National Park. While all offer scores of wildlife, Tarangire is most often chosen for its large elephant populations, while Arusha features exquisite scenery that is second to none. The UNESCO World Heritage site of the Serengeti is, of course, one of Africa’s most iconic wildlife destinations, famed for its large populations of predators and annual wildebeest and zebra migration. 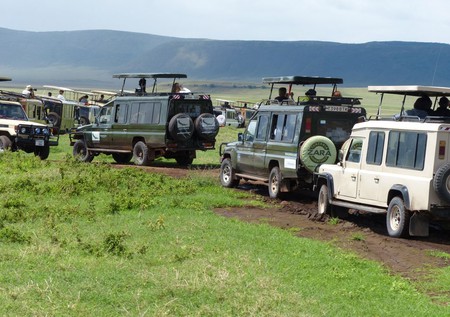 The Ngorongoro Crater is a magnificent ancient volcanic caldera that teems with wildlife and verdant vegetation. Here, visitors can enjoy a classic ‘Big Five’ safari experience as game-viewing is plentiful and easy. The crater has been declared a UNESCO World Heritage Site and is said to hold one of the largest densities of mammals in Africa. A variety of flora can be found within its compact area that attracts an enormous diversity of game; the only exceptions being giraffe and impala that are thought to not frequent the crater due to the lack of open woodlands on which to graze. 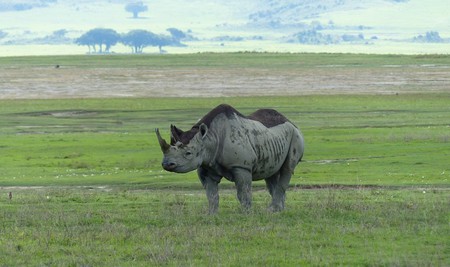 The Maasai are a semi-nomadic tribe, among the original inhabitants of Northern Tanzania, who have lived in the Serengeti according to traditional customs for thousands of years. They are a proud warrior race that is often admired for their striking looks, dramatic red clothes and beautiful beaded jewellery. A cultural trip into their lives will reveal all sorts of interesting facts, such as the legends of the Maasai warriors and why ritual song and dance are so important to the tribe. Make sure you book a visit through a reputable establishment to ensure an authentic tribal experience. 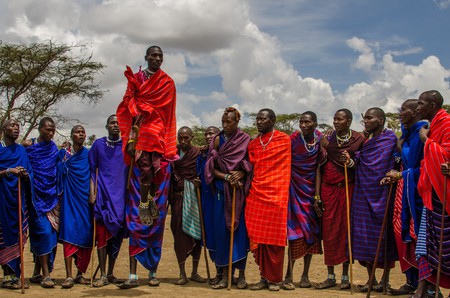 The Zanzibar archipelago is located within the calm, azure waters of the Indian Ocean, just off the coast of Tanzania. It is a region that has seemingly stood still in time where colourful, quaint villages mingle with aromatic spice markets, old architecture, fishing boats, rice plantations and gorgeous sandy beaches. Its tropical climate means that just about every day is a beach day with the reefs around the island ideal for snorkelling and a large variety of watersports. Swim with dolphins, explore rustic fish markets and admire the history of the eclectic melting pot that is Zanzibar. 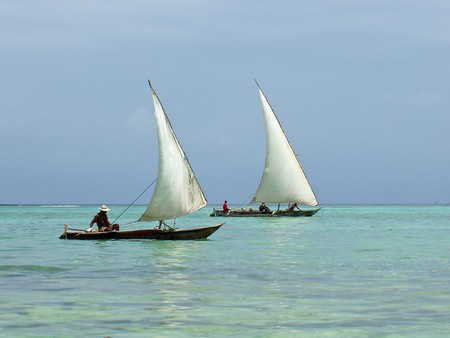 Hop onto a hot-air balloon

One of the most unique and breathtaking ways of uncovering the panoramic beauty of Tanzania is by taking to the skies in a hot-air balloon. These fabulous trips usually take place at dawn when the air is still and the soft light of a new day pans over the plains, boasting quintessential images of Africa that simply cannot be matched. The aerial tour allows you to truly comprehend the size of the animal herds that graze the savannah plains, and photographic opportunities from this vantage point are absolutely amazing. End the trip with a Champagne breakfast for an extra special touch.

For an out-of-this-world experience, head to Lake Natron in the Arusha region of Tanzania. This shallow, salt and soda lake has high levels of alkalinity that result in the water concentrating into a caustic alkaline brine. This in turn attracts salt-loving micro-organisms that give the lake its characteristic pinky-red hue. The temperature of the water often hovers around an astounding 60°C (140°F) making it inhospitable to all but a few living creatures. Natron is also the only regular breeding ground in East Africa for the lesser flamingo. 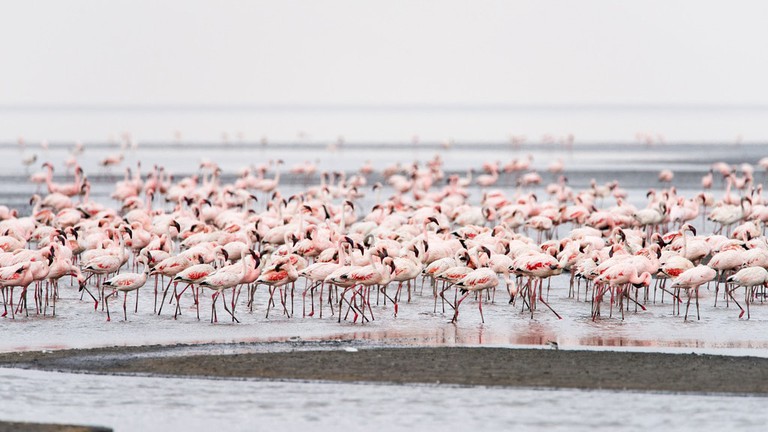 Rated as one of the world’s most spectacular natural events, the wildebeest migration across the Serengeti is one show not to miss. The annual event sees millions of wildebeest and zebra, followed by antelope, and, of course predators, migrate in a clockwise direction around the Serengeti-Masai Mara ecosystem. Rainfall patterns dictate exactly when the migration will take place, but the action usually starts hotting up in May. It reaches its peak in July when the animals risk their lives and put themselves at the mercy of thousands of Nile crocodiles in order to cross rivers and get to the rich grazing in the northern Serengeti. 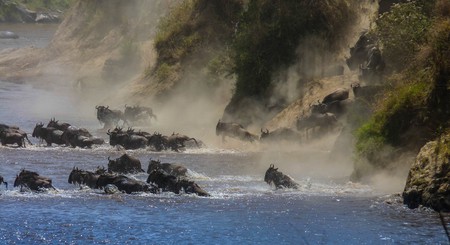 Lake Victoria is the largest lake in Africa as well as the biggest tropical freshwater lake in the world. It is shared between Tanzania, Uganda and Kenya, with the former retaining the lion’s share of the lake. It makes for a refreshing break from the wildlife safari circuits and maddening crowds, offering peace and relaxation. Explore the waterside charm of the little towns along the shore and the subsistence communities who live in relative isolation. 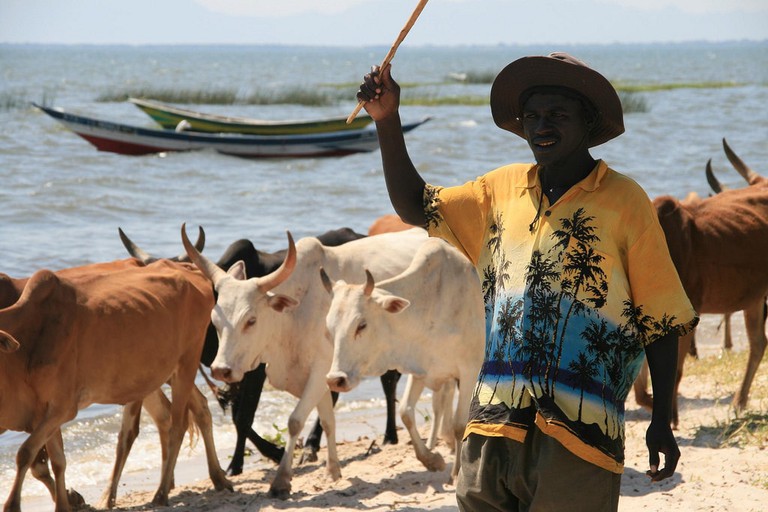 The enormous diversity of landscape and flora that stretches across Tanzania makes it an excellent bird watching location that will delight ornithologists with rare and endemic sightings. Over 1,000 species have been recorded in the country and among those that are endemic, the most spectacular are thought to be the Udzungwa forest-partridge, Mrs Moreau’s warbler, Loveridge’s sunbird, and the Usambara eagle-owl. Look out for pretty pink and white flamingos that frequent the lakes and visit the quiet and immaculate Selous Game Reserve in southern Tanzania for a flurry of fabulous feathers. 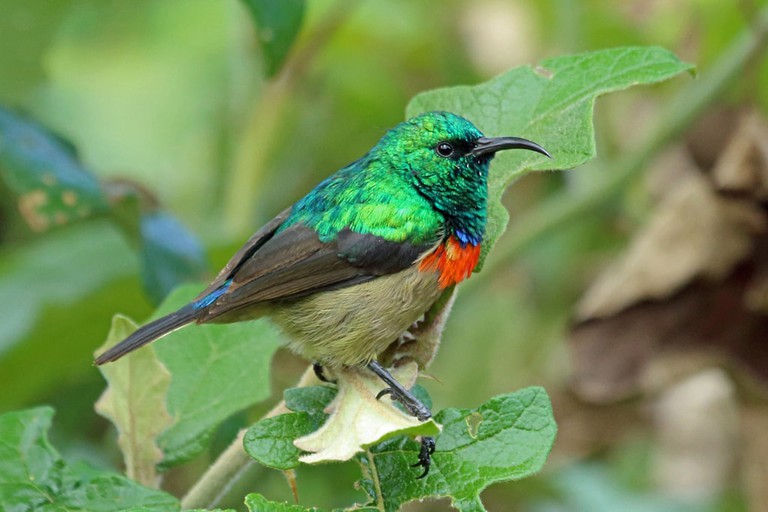 Nature-lovers should take some time to embrace the peace and solitude of the Olmoti Crater. Here, the grassy floor offers good grazing for eland, buffalo and reedbuck and there is also a picturesque waterfall to admire. The remote and pristine location is one of the lesser frequented tourist destinations and perfect for an unhurried nature hike. The 3,700m (12,139ft) high crater is also home to a wide variety of nectar-feeding birds, such as the Golden-winged and the Eastern Double-collared sunbirds, malachite and the Mountain greenbul. Olmoti Crater can be accessed via the Maasai village of Nainokanoka, and you will be accompanied by an armed ranger to ensure your safety.