The Ultimate Guide to the MTN Bushfire Festival: eSwatini’s Answer to Glastonbury 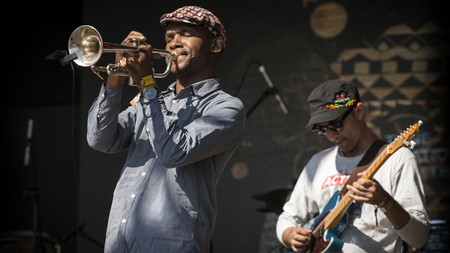 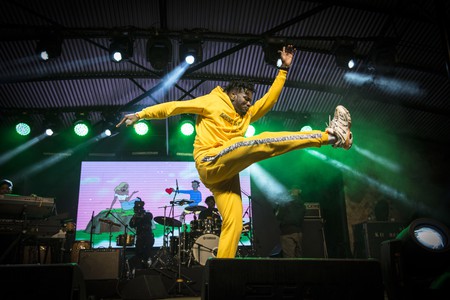 Established in 2006 by Swazi-born philanthropist and artist Jiggs Thorne, MTN Bushfire is now a global phenomenon with more than 26,000 people from 60 different countries attending each year. It’s considered to be one of Africa’s seven best festivals. According to Forbes Africa, Thorne, who was born and raised in eSwatini (formerly known as Swaziland) – founded a shop selling Swazi arts and crafts, which led to the creation of an eclectic gallery and performance venue, House on Fire. His vision was “to create a space to nurture the local creative industry”, which led to the creation of Bushfire festival in 2006, an event developed not only to promote and celebrate the arts, but also to raise money and awareness for local causes.

As well as live music, Bushfire offers poetry readings, theatre, dance and circus performances, film screenings, a handicraft market and visual art displays. Dedicated to promoting social responsibility, the festival donates 100% of its profit to local charities to ensure that the festival and the tourists it attracts have a positive effect on the country’s economy and community. In 2017, Bushfire won the Gold Star for Best Responsible Event at the Africa Responsible Tourism Awards. 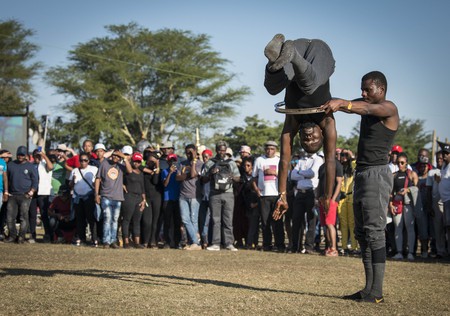 Bushfire is a three-day weekend festival that takes place at House on Fire in eSwatini’s Malkerns Valley in May (Friday from 4pm to 3am, Saturday from 10am to 3.30am and Sunday from 10am to midnight) every year.

The festival is located 23km (14mi) from eSwatini’s capital city, Mbabane, and 14km (8.7mi) from the nearby town of Ezulwini. The Mdzimba mountains stand proudly in the background and the lush fields of the Ezulwini Valley, where Swati kings once lived, border the site. The surrounding areas of garden and undeveloped land are used for camping.

The venue itself, the House on Fire, is known for its playful, imaginative design and architecture – colourful mosaics, sculptures and artworks are placed all around. Each section of the venue has its own charm and is used for different parts of the festival. The Super Stage is set on the lawns; the House on Fire Amphitheatre (described as a sunken “Afro-Shakespearian Globe Theatre”) hosts music, poetry and dance performances; the Barn Acoustic Stage (a renovated barn) hosts acoustic music, open-mic performances and talks; the energetic Firefly stage, on the outer edges of the festival site, showcases up-and-coming DJs, rappers and hip-hop artists and comes with its own cocktail bar. There is also a Golden Lounge, an exclusive, special ticket-only area where guests can watch performances from raised platforms with comfy seats, heaters, toilets and a bar serving food and drinks. 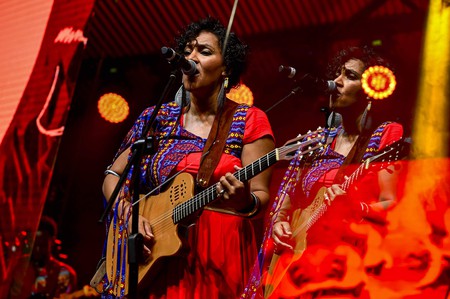 Why is it important?

Bushfire is not just a music festival dedicated to cultivating and promoting Swazi arts, culture and music; part of its mission is also to inspire positive social change by calling on the public to “Bring their Fire” to help make a difference. In the “Bring Your Fire” zone – an interactive zone at the centre of the festival – festival-goers can listen to talks, visit art exhibitions and take part in discussions, workshops and debates about local and global social issues and initiatives that are trying to make a difference. Themes covered include sustainability, equality, education, HIV, mentoring and community support. The space encourages advocacy by asking guests to become more socially accountable and help create a better world. There is also an Arts Round Table in which local artists and musicians can learn from top industry professionals on how to succeed in the business.

Sustainability is at the heart of the festival, and events include tree planting, recycling activities and solar-powered film screenings. The use of recyclable or biodegradable packaging materials is also compulsory for vendors.

Equally as important, all of the festival’s profits are put towards good causes: a percentage of each ticket sale is donated to Young Heroes, a local charity that provides food and clothing to AIDS orphans, and 100% of the profits from merchandise sales go to the Gone Rural boMake development project, which supports health, water sanitation, education, infrastructure development and creating sustainable livelihoods for rural Swati communities. 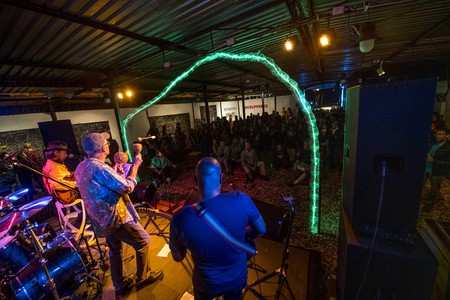 As eSwatini is quite a small country, getting to House of Fire is only a few hours’ drive from each of the main cities, and travellers who didn’t fly into the country’s airport (King Mswati III International Airport near Manzini) can drive easily across the border from South Africa. For those without a car, local transportation is cheap and easy (albeit fairly basic), and the festival puts on a park and ride service to take festival-goers to and from the venue between Mbabane, Ezulwini and Manzini. 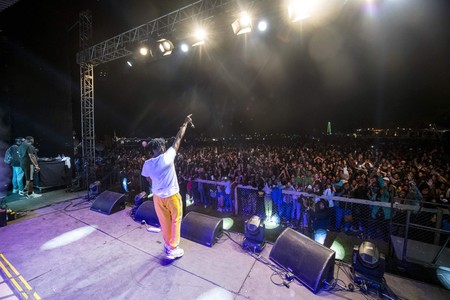 Causes supported at the festival include sustainability, education, HIV and mentoring | © Daniel Toro

Camping prices are in addition to the cost of a festival ticket, and camping spaces cannot be purchased on arrival; camping and other nearby accommodation options sell out fast, so it’s best to plan well in advance. Guests must buy a full festival pass before buying a camping pass. There’s free campsite parking nearby, or visitors can pay for a spot to camp next to their car (1,100 Rand (£56) per vehicle; 650 Rand (£35) per vehicle for families). 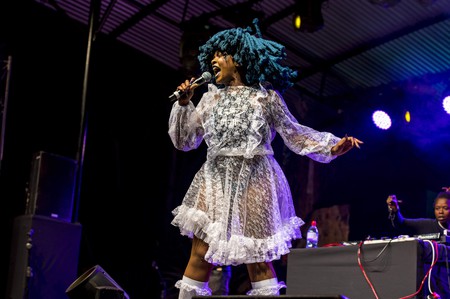 Bushfire festival has its own Global Food Village with a range of gourmet street food inspired by traditional Swati dishes as well as other dishes from around the world. There are many vegetarian and vegan options as well.

While many countries don’t need a visa to travel to eSwatini, checking visa requirements for your country is highly recommended before travelling to prevent issues at the border.

Bushfire is a “cashless” festival, so guests will need to buy and pre-load a cashless wristband before the festival to be able to buy food and drink – once loaded, tapping the wristband against a trader’s mobile device will complete payment. Cash, credit and debit cards will be accepted at most of the Marketplace stalls. There are Top Up Stations at the festival where money can be added to wristbands, and guests can cash out any leftover money at the end of the weekend. The festival has its own Marketplace (which sells sustainably sourced and environmentally friendly products and festival merchandise, such as T-shirts, hoodies and hats), and there are also shops in the nearby towns.

A diverse range of traditional and contemporary artists from various genres and countries perform at Bushfire each year.

Hundreds of artists from about 30 countries took part in the 2019 festival. Past acts have included eSwatini’s most popular musical export Sands as well as African legends Salif Keita, Yemi Alade and Ladysmith Black Mambazo. 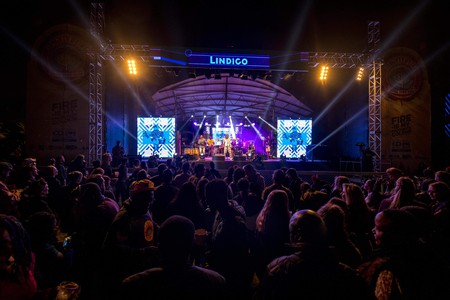 Hundreds of artists from about 30 countries took part in the 2019 festival, which attracted more than 26,000 people | © Daniel Toro
Give us feedback