The Best Things to Do in Mbabane, eSwatini (Swaziland) 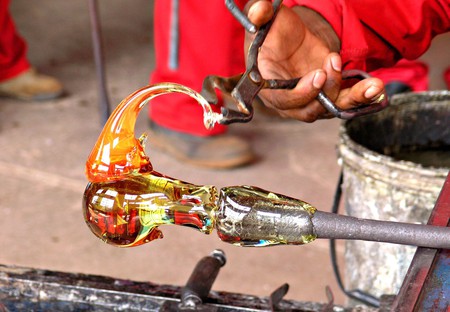 Mbabane (pronounced ‘um-ba-ba-neh’) is a fascinating spot. Although it wasn’t originally intended to be the capital of Swaziland (now eSwatini), it was selected as such by the British thanks in large part to its cooler climate. If you’re planning a trip, take a look at our pick of the best activities in town.

While Mbabane – with its population of 95,000 – seems small compared to most Western cities, it is the largest city in eSwatini. Following the country’s independence in 1968, Mbabane began to expand – first with the development of the Swazi Plaza and then the Mbabane Mall. These shopping centres now form the centre of the city and are popular shopping outlets for locals and tourists alike. The city centre around the plaza is relaxed and laid-back while still offering a range of facilities including a post office, bank, car hire, restaurants and parking. As well as a range of fashion and clothing shops, you’ll find restaurants such as Sibebe Rock Spur (US-style diner), The Green Chilli (Indian), Cuba Nora (cafe) and Sweet Corner (confectionery). 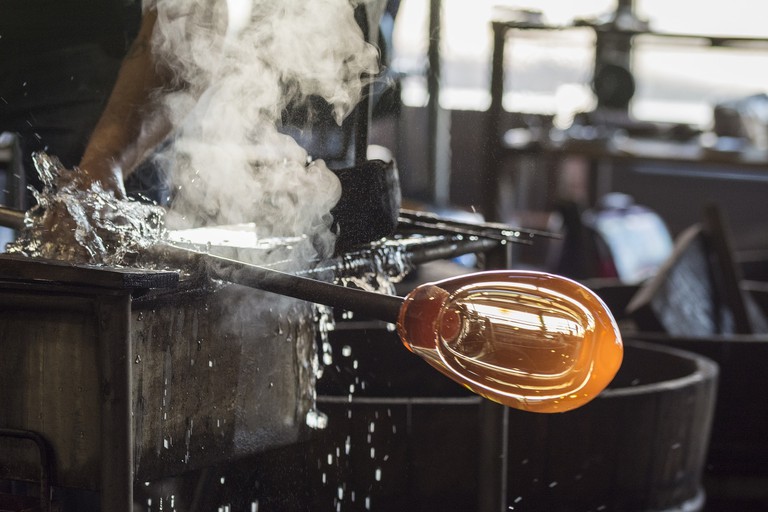 The Ngwenya Glass Factory forms the central hub of an arts and craft village in Swaziland where visitors can watch craftsmen at work as they shape and mould molten glass into a variety of gorgeous pieces. Approximately 500 kg (1,100 lbs) of recycled glass a day is crushed down and melted before upcycling begins and the hot glass lava is transformed into new and beautiful shapes.The factory encourages members of the community to collect discarded glass objects and bring them to the factory in return for payment, thus provided an innovative social upliftment programme too.

Beautiful scenery at Ngwenya | © Bob Forrester
eSwatini is home to the oldest mine in the world: Ngwenya Mine, which is situated in a small opening in the Ngwenya Mountain, which is called Lion’s Cavern. ‘Ngwenya’ means crocodile in the siSwati language, as the mountain is said to look like a crocodile. It was mined by early settlers for iron ore which was used as body paint during festivals and ceremonies. Archaeologists have used radio-carbon testing to date this mine and found that it is at least 43,000 years old. Guests can take a guided tour of the mine as well as seeing exhibits, photography and samples at the Ngwenya visitor centre.
Open In Google Maps
Give us feedback 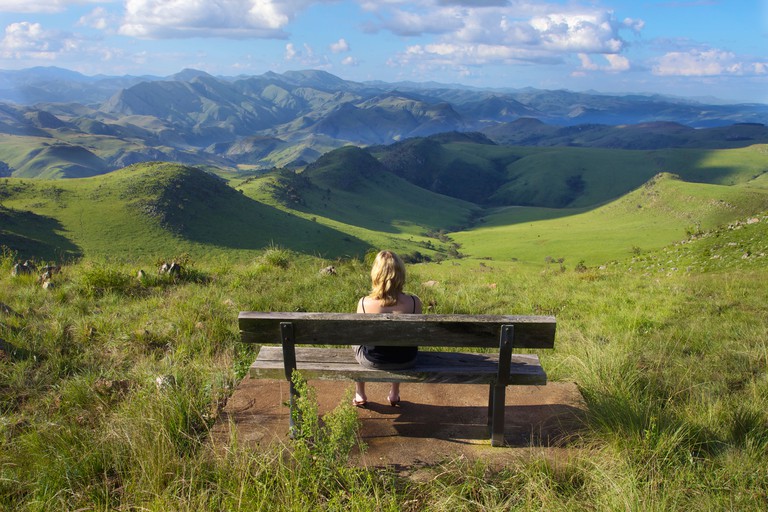 Nature lovers don’t need to travel far from Mbabane to find a high-quality highland reserve: Malolotja Nature Reserve is just a 30 minute-drive from the city. The reserve covers 18,000 hectares and has 200 km (124 miles) of walking trails (from gentle half-day walks to more challenging hikes that take several days), making it a perfect destination for lovers of the great outdoors. It’s home to wildlife including zebra, aardvark, porcupines, baboons, blue wildebeest, blesbok, oribi, grey rhebok and mountain reedbuck. The lowveld reserves in Africa might have more animals, but Malolotja is home to some species which are seen less often such as leopards and rare black wilderbeest. Keen bird watchers come from around the world to see the park’s plethora of birdlife; in particular, the endangered blue swallow which can be found in Malolotja. Mountain biking and horse-riding tours are also available.

Open In Google Maps
Hhohho Region, Swaziland
Give us feedback

Within Malolotja Nature Reserve is eSwatini’s only forest canopy tour. Thrill seekers can zoom down a zipline over the Sihlotswane Gorge high above the treetops and the Majolomba river. A 50 m (164 foot) suspension bridge and 11 wooden platforms, which you rest at between each line, have been fixed to the sides of the gorge. The canopy tour is suitable for all ages and you’ll be guided by highly trained professionals who have your safety as their number one priority. 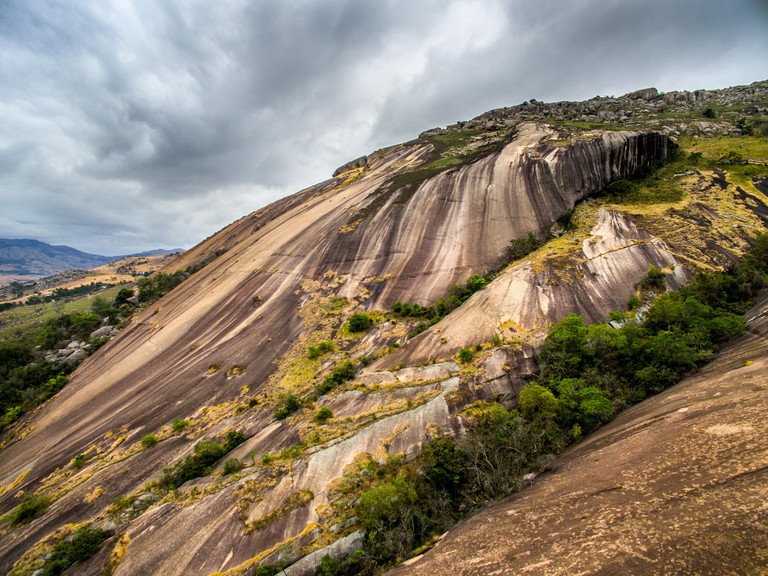 The striking Sibebe, located 10 km (6.2 miles) from Mbabane, is a 1,488 m (4,882 foot)-high mountain which is said to be the world’s largest granite dome and the world’s second largest monolith after Uluru in Australia. Hard to miss as it looms over the surrounding countryside with sheer rock faces that offer daring challenges to thrill-seeking hikers, tourists can enjoy a short hike (around 30 minutes) up the mountain to check out the view. On the way up you can see its boulders, waterfalls and caves as well as its charming flora and fauna such as wild flowers, buzzards and woodpeckers. Those who don’t want to scramble along the rock face can simply take a scenic stroll to the mountain. The paths can get wet and slippery when it’s raining, so take care if visiting during inclement weather. With the right permits, rock climbing is also possible.

While Mbabane is a a small city, it has some buzzing bars for those looking for some nightlife. The Albert Millin (or Millin’s as it’s also known by locals) is a pub-restaurant with a student vibe where people come to eat, socialise and enjoy a beer. Somewhat confusingly, two of the other popular bars are both called Solanis. The main Solanis is a large bar-club complex with three or four different bar areas inside and dance floors both inside and outside, while Solanis Executive Lounge, around 4km (2.5 miles) away is a smaller bar and lounge with a more low-key vibe. 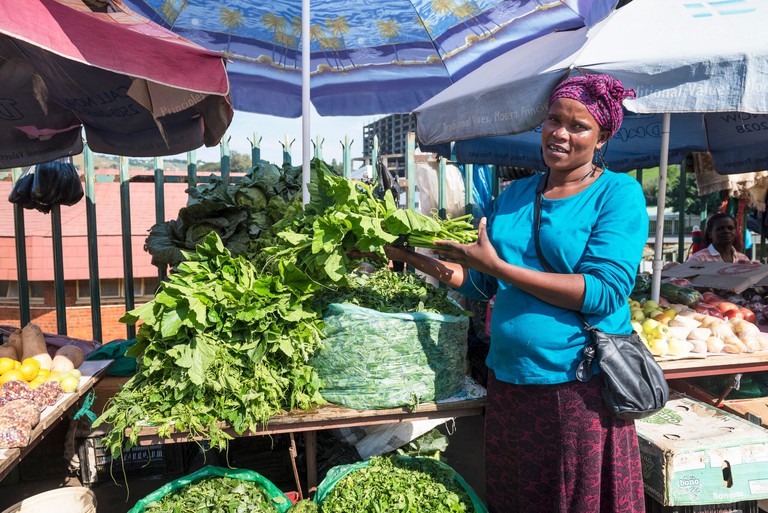 Mbabane market is famed for its local handicrafts and fresh fruit and veg, which are sold by the affectionately named ‘market mamas’. As well as enjoying the colour, hustle and bustle of the market, this is a great place to pick up some mementos of your trip to take back home. 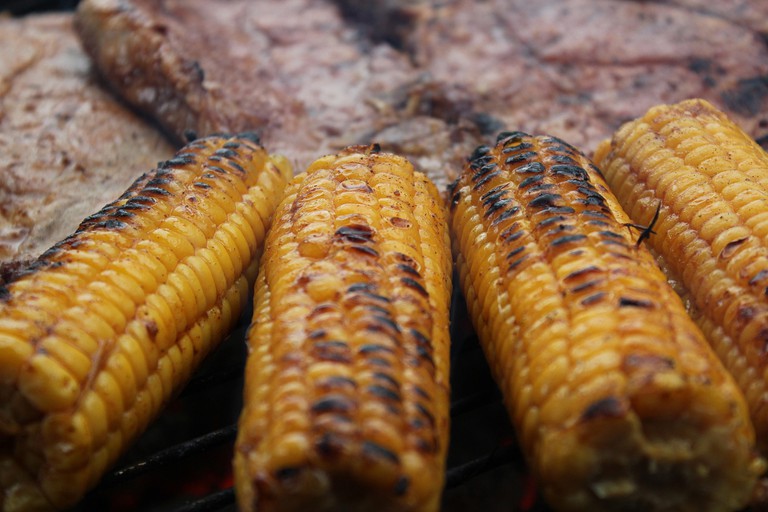 Ramblas, one of the best restaurants in eSwatini which is popular with celebrities such as the gold-selling music artist Sands, is known for using the highest quality ingredients available in the country. Founded in Manzini in 2008, the restaurant then moved to Mbabane in 2010 and opened a sister company – The Place Guest House – in 2012. Dishes include salads, burgers, pizzas quesadillas and a huge range of grilled meat and fish (with beef brought over from South Africa) as well as daily specials. They also boast a comprehensive wine list with fine South African wines and a range of homemade desserts. They are also able to accommodate functions and larger groups.