How to Navigate Transport in eSwatini (Swaziland) 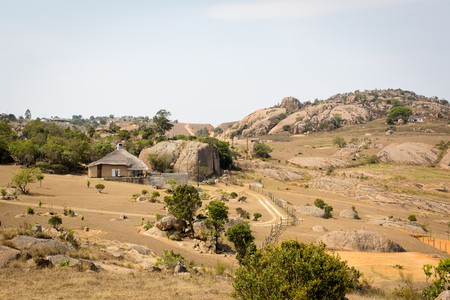 At 17,000 sq km (6,564 sq miles), it’s possible to drive across eSwatini (formerly Swaziland) in just a few hours. Whether you’re hopping on a Kombi taxi, hailing a private cab or hiring a car, here’s how to get around the Kingdom of eSwatini.

Kombi taxis look like minibuses and act like a shared taxi, although they do have set routes. These are often similar to the bus routes, but Kombis – which a little more expensive than the bus – do tend to be a faster form of travel. Head to the bus station to find the Kombi to your destination (there will usually be signs for the right vehicle) and then wait for other passengers to arrive. The Kombi holds approximately 14 passengers and won’t set off until it’s full. Because of this there aren’t set departure times, so leave plenty of leeway in case of delays.

Busy routes like the shuttle between Mbabane and Manzini (which will cost approximately R20, or USD$1.40) won’t take long to fill up. However, for less popular routes – for example, longer journeys crossing the border to South Africa or Mozambique – it might take some time before the taxi is full and is on the way. A bottle of water and some snacks is usually a good idea, although it’s possible to pick these up at the bus station.

Local tip: Passengers can hop on and off Kombi taxis as long as they do so somewhere along the set route – unlike a normal taxi service, Kombi taxis won’t go out of their way to drop you at your hotel or a specific destination. South African rands (R) are accepted in eSwatini for when you’re driving in from across the border 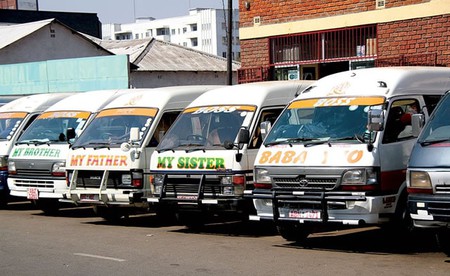 A private taxi is a more convenient but also more expensive option than a Kombi, especially for passengers who want to be dropped at a specific destination. Ask your hotel to organise a taxi for you or find a busy location, such as as bus rank, where drivers will be waiting to pick up arriving passengers and take them onto their final location. If catching a cab without the help of a hotel concierge, agree the price with the driver before beginning the journey. It’s OK to haggle a little rather than accepting the first price offered and, if there are several drivers around, ask for a couple of different quotes first if you’re not sure what a suitable fare for the journey should be.

Local tip: Try to have the right fare on you as many taxi drivers will not carry change. For example, an R80 (USD$5.60) journey could end up costing R100 (USD$7) if you only have a R100 note and the driver doesn’t have any change.

Because eSwatini is such a small country, hiring a car is a good option for more freedom and flexibility. The country has several car hire companies; shop around and pre-book online to find the best deal and keep in mind it will cost more to pick a car up in one location and return it to another. Like the rest of southern Africa, eSwatini drives on the left.

For those driving into eSwatini from South Africa, expect to pay a R50 for a car (USD$3.50) or R80 (USD$5.60) for a truck or company car entry fee. Certain documentation will also need to be provided on arrival, and this varies depending on the ownership status of your vehicle.

The quality of the roads also varies. There are better quality, tarmacked roads with decent street lighting in the main towns. In more remote areas, roads can be uneven, bumpy and full of potholes – that is, if they’re not just a gravel or dirt track. There are petrol stations in all the main towns, most borders and some major junctions. There is usually find an attendant on hand to fill your vehicle, check its oil and water and clean the windscreen. While they won’t demand one, a small tip of a few coins (from 1-5 rands, or 5-25 cents) would be welcomed. Larger petrol stations also have a shop and garage to fix punctured tires or other minor problems.

Local tip: eSwatini has a high number of road accidents so drive carefully, wear a seatbelt and avoiding driving at night if possible.

For a hassle-free trip, it’s possible to book the entire stay as part of a package tour. This is a popular way of visiting eSwatini because you can visit towns and attractions across the country without needing to drive or use public transport. There’s a range of local safari companies as well as international tour operators who offer eSwatini itineraries. These can be booked either as a standalone trip or as part of an organised overland tour of South Africa with one or two days spent in eSwatini. As well as transporting guests from place to place, they’ll also be able help pull together a full itinerary including accommodation bookings tailored to specific interests and budget.

Local tip: As well as choosing from package options, many companies offer fully tailor-made trips so it’s possible to have a holiday designed to perfectly fit what you’re after. 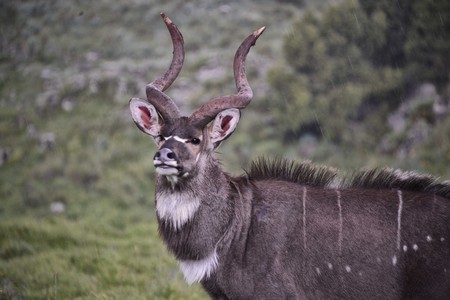 Public buses are probably the most authentic way to see the country because this is the main form of transport used by locals. However, be prepared to experience the realities of African travel – public buses are often overcrowded, uncomfortable and unreliable. They can also be a dangerous mode of transport, so authorities in eSwatini recommend tourists avoid using them. If taking the public bus, there’s an extensive network connecting all the main towns across eSwatini making it easy to get around. The operators are privately-owned and will compete with each other for the main routes.

TransMagnific, Skyworld, Landmark Shuttles and Exclusive Shuttle and Tours run luxury minibus services from Mbabane to Johannesburg several times a day. The journey takes approximately five hours and will cost R450 (USD$31.40) one-way or R950 (USD$66.30) return. Services to and from Nelspruit and Durban are beginning to spring up too, although it’s recommended to check the schedules as they don’t currently run daily.

Local tip: Bus timetables aren’t usually published, so the best way to get an idea of when buses are due to depart or arrive is to ask a local.