Top 10 Things To Do in Khartoum, Sudan 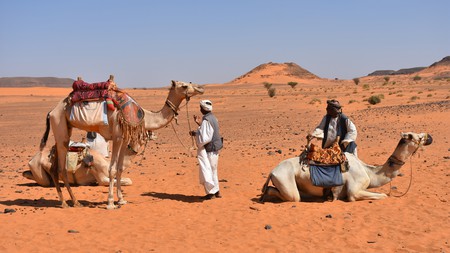 Sudan is often a place overlooked by travellers, but this East African country has some impressive credentials and is definitely worth going off the beaten track for. Incredibly it has 220 extant pyramids, making it the country with the most in the world. But for those looking to experience something different, head to the metropolitan city of Khartoum.

Be at the confluence of the Nile

A boat trip to the confluence of the majestic Blue and White Niles is an absolute must when visiting Khartoum. The Blue Nile begins at Lake Tana in Ethiopia and flows into Sudan, while the White Nile is longer and runs through central Africa. Separated by its distinct colours, you will get an epic view of the river as well as the city while out there. Haggle for a boat (they can be hired on Nile Street next to Tuti Bridge), grab some soft drinks and snacks from nearby vendors, jump in and jet off!

To make the most out of your experience, take two empty water bottles with you before setting off, and when you reach the confluence, carefully fill the bottles with water from each river. You’ll understand why they’re called the Blue and White Niles. 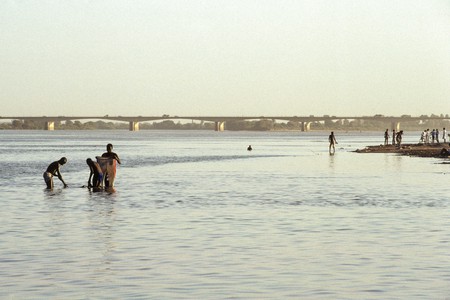 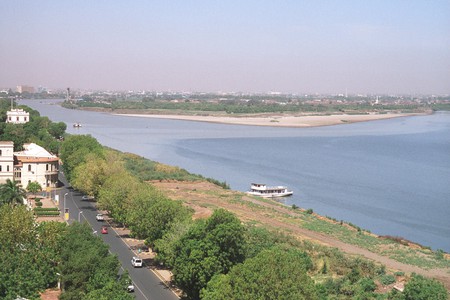 Have shisha on the beach

Tuti Island is a large agricultural island in the centre of the Nile, and its busy cafés provide visitors with lots of ways to have fun. Take a taxi or use public transport to get to the southeastern tip of the island for beautiful views of the Blue Nile and downtown Khartoum. Once there, enjoy the short stroll down to the water’s edge where you’ll be welcomed by numerous tea ladies who provide food, drinks and shisha. Choose between the many colourful chairs, have a seat and relax while enjoying the tranquil surroundings. If it gets too relaxed for you, horse rides are available for those who can summon the stamina. 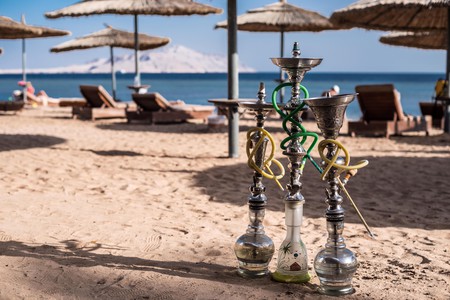 Pay your respects to the revolution’s martyrs

Between 2018 and 2019, Sudan staged a country-wide revolution and eventually ousted its longtime president, Omar al-Bashir. However, the peaceful protests led by women and youth were met with extreme violence, and many of the participants were wounded, abused and killed. The collective outpouring of grief at the mistreatment of innocent civilians resulted in numerous artworks that were created around the city, particularly around the military headquarters in Khartoum. Learn about the nation and its hardships and victories through art and admire the many murals and paintings, including portraits of those who fought for change and lost their lives. Sudanese artists suffered greatly under the Bashir regime, so this is a way to appreciate the talent and resilience of the artists.

Immerse yourself in history at the Sudan National Museum

Khartoum has a fantastic roster of museums to choose from like the Republican Palace Museum and the Ethnographic Museum. But the main must-visit institution is the Sudan National Museum. Its courtyard alone is home to four ancient Egyptian-era temples, built by some of Egypt’s most famous pharaohs, including New Kingdom rulers Hatshepsut and Ramses II. Stop by and marvel at their crisp hieroglyphic inscriptions. Learn about ancient Sudan and come face-to-face with monumental remains from the country’s Kushite era that took place in Nubia, between Sudan and Egypt. Also on display are large-scale colourful murals from some of Sudan’s medieval churches and cathedrals. If you’re particularly into archaeology, consider spending a few hours here and take breaks by visiting the cafés across the road. 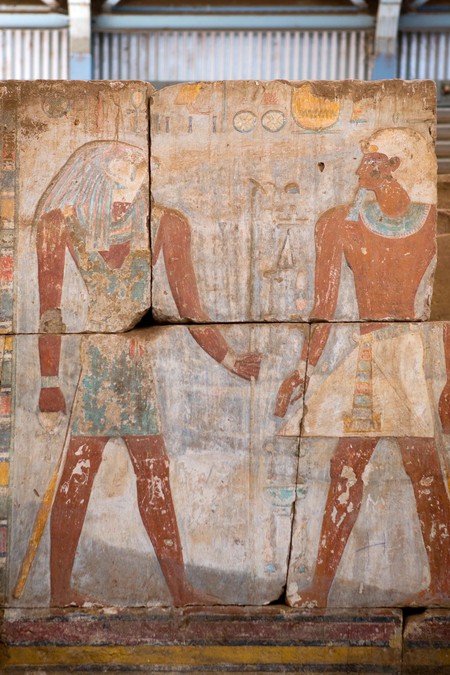 Buhen was once a settlement in ancient Egypt, and today the temple can be found inside the National Museum Of Sudan in Khartoum | © ERIC LAFFORGUE / Alamy Stock Photo

Even if you are not a frequent churchgoer at home, you might consider visiting one in Sudan. The majority of Sudanese are Muslims, but there is also an enduring Christian community here, despite having faced years of persecution. To see a different side of the country that many people miss, pay a visit to one of Khartoum’s church services. St Matthew’s Cathedral – an architecturally impressive Roman Catholic church in downtown Khartoum – is a good place to start. With services that run on Sundays, a visit will not only give you a rare glimpse into Sudanese Christianity but also offer a moment of tranquillity away from the bustling streets of Khartoum. 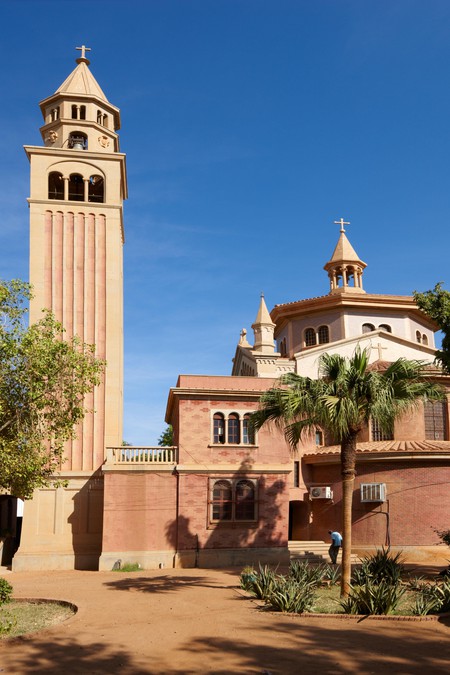 Feel the pulse at the University of Khartoum

The University of Khartoum makes it to this list for good reason. Most importantly this is because many students took part – and were killed – in the 2018-19 revolution. Memorials, posters and graffiti scattered around the campus sadly testify to this and demonstrate how students have often generated the pulse of revolutionary activity. Constructed in the early 20th century, the building itself is a working relic of Britain’s colonization of Sudan and is reminiscent of college buildings in Oxford and Cambridge. 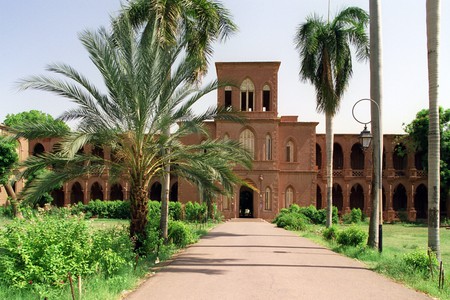 See some skills at Nuba wrestling

Khartoum is a cosmopolitan city and home to many people from a variety of cultural backgrounds. The Nuba from South Kordofan state is one of these groups, and each Saturday and Wednesday they convene wrestling matches in Haj Yusuf in Khartoum North. Watch the fighters as they are split into two groups, where the winner of each round chooses who to face in the next. The competitors are extremely skilled and quite famous, with many dedicated fans sitting in the audience. As you watch the sport, you’ll also be able to enjoy a cup of tea or coffee, banter and sometimes musical performances in the small and intimate arena.

Make sure you arrive at 3.30pm – it’s 40 minutes away from central Khartoum – and stay until sunset to soak up all the buzz. 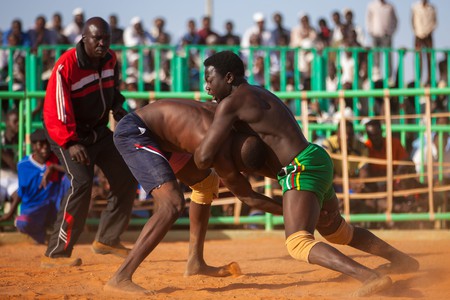 Nuba wrestling is a popular sport in Sudan, and you can attend a match every week | © ERIC LAFFORGUE / Alamy Stock Photo

Get in touch with spiritual Sufi traditions

There is a strong Islamic Sufi tradition in Sudan, and many people belong to one of the Sufi ‘orders’. Sufis tend to emphasise the oneness of the universe and existence, and they gather to perform collective devotions (zikr) in which short phrases or prayers are repeatedly recited. If you’re thinking of whirling dervishes then you’re on the right lines, but to truly understand Sudanese Sufism you should go to Hamad al-Nil cemetery in Omdurman. Each Friday at 4pm, devotees meet for worship, where they sing and chant poems, and dance and move together in the colourful space for several hours. Everyone is friendly and open-minded, so feel free to wander around and ask questions while experiencing authentic traditions. 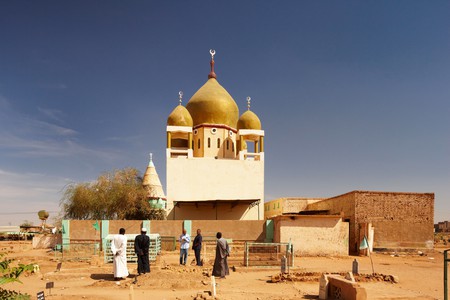 Admire the herds at the camel market

Camels are a big part of Sudanese culture and it’s worth travelling a bit farther northwest to see them in Umbada. As in much of North Africa, camels are used for trade, transport, racing and also meat. The camels in Umbada have been bred in White Nile state and Kordofan, and have been brought to the market to be sold to local merchants and buyers from the Gulf. Visit the market early in the morning to cruise around and see the biggest display of camels. The knowledgeable traders will happily chat with you and tell you all about their herds. Tea and coffee are on offer as always, or, if you’re feeling brave, you can try some fresh camel milk. 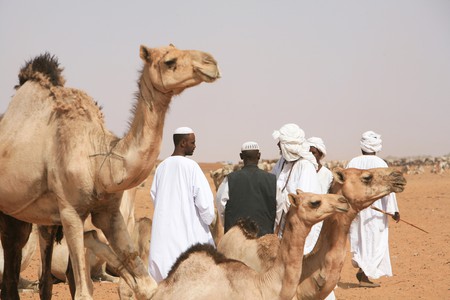 Visiting a camel market in Sudan is a unique experience, as camels are a big part of Sudanese culture | © JordiStock / Getty Images

Everyone who’s been to Sudan will tell you that the Sudanese are some of the most hospitable people you’ll ever meet. One of the primary ways they demonstrate their appreciation for visitors is with food, so if you get asked to go to someone’s house (which you will), say, “Yes!” Expect to be served beans, lentils, bread, falafel, okra (with some spicy chilli on the side), followed by fruit, sticky pastries and sugary tea. Home visits are particularly important if you’re not venturing outside Khartoum, as they may be the best opportunity to get to know local people.