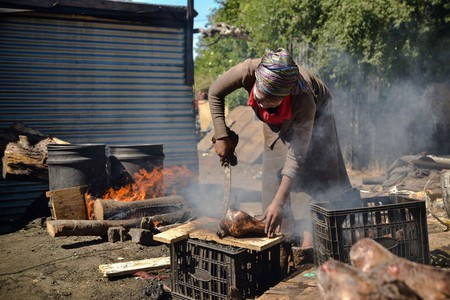 Ever tried wind-dried mullet fish? How about Mopane worms as a crunchy snack? These South African dishes might seem odd to foreigners, but they’re definitely worth a taste when visiting this diverse country.

Bokkoms is a Cape West Coast delicacy and can be found in fisheries and roadside stores all along the shoreline. Essentially bokkoms are salted and wind-dried mullet fish. The delicacy is enjoyed by tearing bite-sized pieces of meat from the whole fish. Make sure to have a cold beer on hand as you’re bound to get thirsty.

Where to eat it: The West Coast 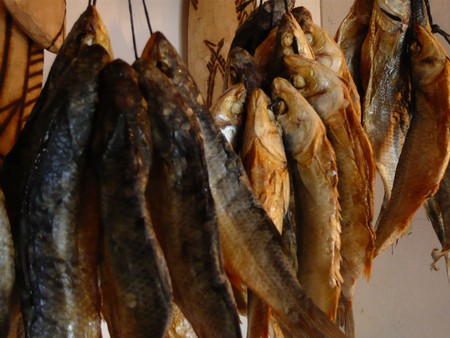 This dish might not appeal to everyone but it’s served countrywide and especially loved by locals in rural areas. Boiled sheep’s head, or “smiley” as it’s known in South Africa – due to the grimace on the sheep’s face, is a traditional Xhosa dish. The head is often served whole, but can also be cut up and the meat used in stews or accompanied by side dishes.

Where to eat it: The best way to experience true smileys is by taking a township tour and stopping at a food vendor.

One ostrich egg is the equivalent of approximately 24 chicken eggs, enough to feed a whole family and then some. They have a richer taste than chicken eggs and are best served fried or scrambled as part of a breakfast. When preparing ostrich eggs make sure you’re hungry, as there’ll be a lot going around.

Where to eat it: Oudtshoorn in the Klein Karoo is the ostrich capital of South Africa. If buying fresh eggs in a grocery store to whip up your own breakfast, it’s wise to ask a local to assist. 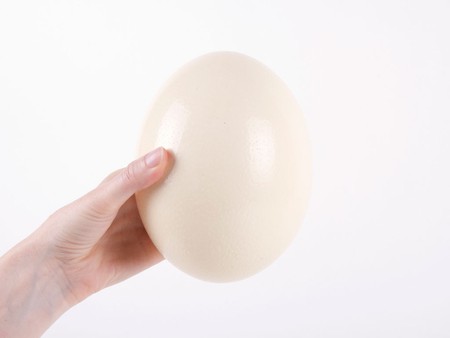 Eating worms doesn’t sound like the best idea but in South Africa many locals relish the thought of Mopane worms, the caterpillar of a large species of emperor moth. Mopane worms can be eaten dry and crunchy as a snack, or soaked and cooked served with a sauce; either way, locals love them. They’re also a cheap source of nutrients and have a high protein content – about three times the amount of beef.

Where to eat it: Moyo in Zoo Lake, Johannesburg, serves sautéed Mopane worms accompanied by a traditional tomato gravy. 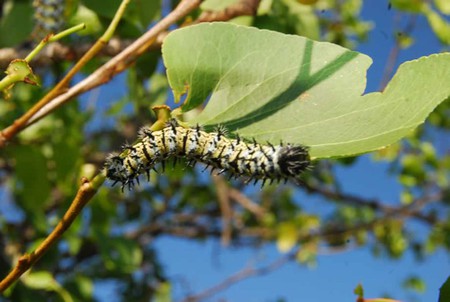 Walkie talkies, one of the most popular South African street food dishes, usually served with pap (porridge), is made using chicken feet, heads and often giblets. The head and feet are boiled, to remove the hair and nails, and then served with a tasty sauce. The chicken feet are also great thrown on the braai and grilled over open flames, ensuring a crunchy pre-meal treat.

Where to eat it: Any food vendor in a South African township. 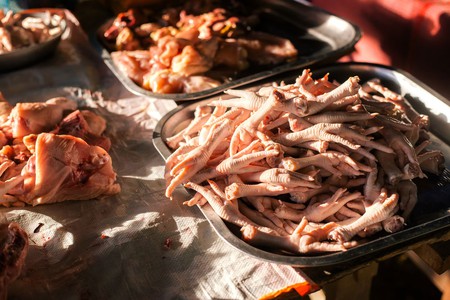 Biltong is a firm South African favourite and can essentially be compared to the American beef jerky, except it isn’t cooked before being dried. Raw meat is cut into strips, spiced and hung up to dry – resulting in a tasty, healthy snack. Venison and beef biltong are the most popular options, and other versions include ostrich and even crocodile. Whether you prefer your biltong fatty or lean, dry or wet, plain or heavily spiced, you’ll find a version suited to your taste. Biltong is also often used as an ingredient in salads and potjies.

Where to eat it: Buy it from any local butchery – make sure to specify how you like it. 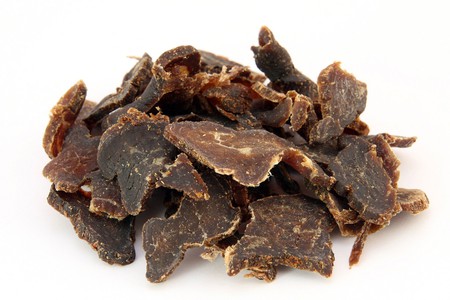 Mogodo, or tripe, is made using the stomach lining of a bovine animal, in most cases that of a cow. It’s the ultimate comfort food and is a favourite among different cultures within South Africa. The lining is always carefully washed and then boiled and is traditionally lightly curried and served with samp (chopped and stamped dried corn kernels).

Where to eat it: Pata Pata is known for their delicious mogodo. Find them at 286 Fox St, Maboneng, Johannesburg. 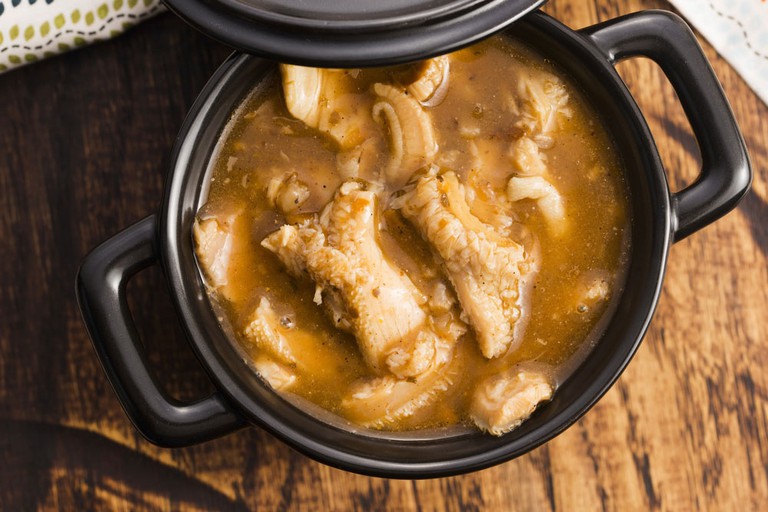 This loaded sandwich can be bought at most cafes and takeout restaurants in the country, but the Gatsby is particularly popular in the Western Cape. A footlong sandwich is filled to the brim with fries, your choice of protein (such as chicken, steak, or fish), all the trimmings and then it’s topped with a sauce. A Gatsby is the perfect budget family meal, hangover cure or cheat-day treat and many, such as The Gatsby Station, are serving gourmet versions, for those with a more “refined palate”.

Where to eat it: Super Fisheries is the home of the traditional Gatsby. Find them at 63 Old Klipfontein Road, Athlone, Cape Town. 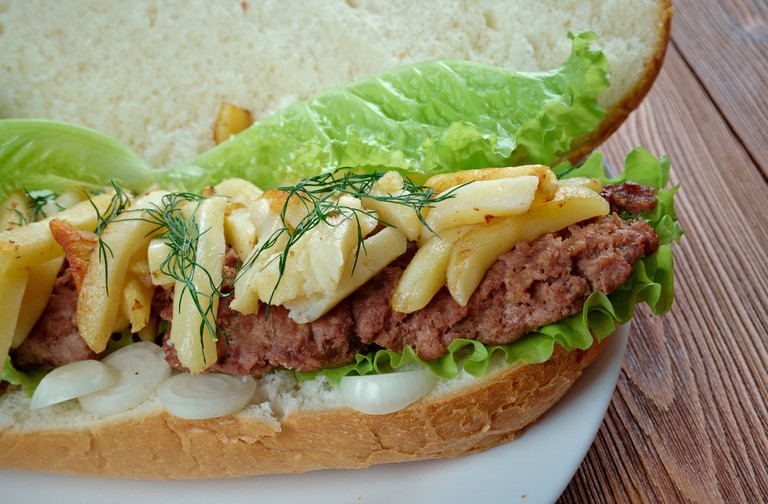