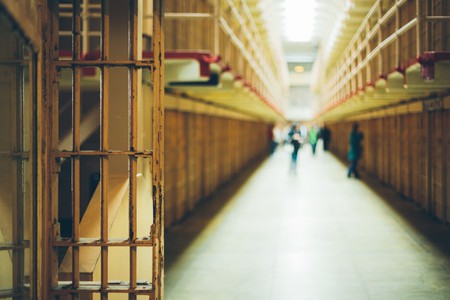 Corridor in a penitentiary | © OFFFSTOCK/Shutterstock

A South African woman who was caught on video launching into a racially-fuelled tirade against a police officer has been sentenced to three years in jail. The sentence is the first of its kind, and it sparked national debate in South Africa, a country that was widely lauded for its “Rainbow Nation” approach to racial reconciliation after many years of oppressive apartheid rule.

Convicted racist Vicki Momberg received the sentence for a vicious attack against a black police officer. He was responding to a smash and grab incident in which she’d been the victim. Despite attempts to assist and calm the woman down, she repeatedly used vile language and hugely offensive racial terms, at least 48 times.

A passerby caught the incident on camera, and the video of her rant quickly went viral. Most moved to condemn Momberg for the racist tirade, and she was hauled before South Africa’s Equality Court and ordered to pay a R100 000 ($8300 USD) fine.

But for a country still grappling with issues of racism and discrimination and the legacy of apartheid, the fine seemed an insufficient punishment for an issue of such grave consequence. State prosecutors then announced potentially precedent-setting plans to file charges of crimen injuria against Momberg.

The state was successful in the case, and a local court sentenced her to three years in jail, one of which is suspended provided she does not commit the same offense again. This resulted in Momberg being the first South African to do jail time for racism. 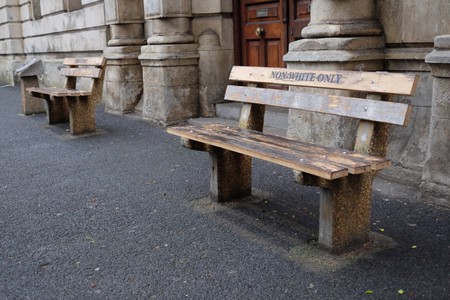 Racism in South Africa still present despite transition to democracy

Given South Africa’s history of racist apartheid rule, subsequent transition to democracy, the widely-lauded Truth and Reconciliation Commission, and labeling as the Rainbow Nation, many people unaffected by racism believed the country had reached a state of racial equality. But with incidents such as these, it’s clear that many white South Africans still harbor feelings of racism and discrimination.

Though the approach of favoring truth and reconciliation over punitive measures was widely credited for South Africa’s peaceful transition into a democratic state, this and many other issues suggest that it may not have been enough for certain offenders.

Not the first case of racism to make headlines

This is not the first time that racist South Africans have dominated headlines. Former Estate Agent Penny Sparrow was found guilty of hate speech in the Equality Court and ordered to pay R150,000 after a racist Facebook post of hers referring to black people as monkeys went viral. And a Cape Town man, Matthew Theunissen, sparked national outcry with a racially-fuelled social media outburst of his own.

State prosecutors hope that the precedent-setting prison sentence for Momberg will do more than punish and reform a single blatant racist, but will also indicate that there is zero tolerance for any form of hate speech or discrimination in South Africa.

Some have suggested that jail time for an offense like this is harsh, but the overwhelming sentiment appears to be that incidents such as this represent just the tip of the iceberg in South Africa and a prison sentence was the only possible punishment to fit the crime. And given the offensive nature of Momberg’s outburst, and subsequent unrepentant and insensitive responses to the matter, it was important to send a strong message.

Although some have questioned the efficacy of a prison sentence such as this for a woman with such deeply entrenched racist views, it’s clear from the footage and subsequent trial, which provided sobering proof that racism is indeed an issue, that white people in South Africa need to confront and resolve, rather than brush under the carpet in what some consider “moving on.”