Would You Buy South Africa's Most Expensive Bottle of Merlot? 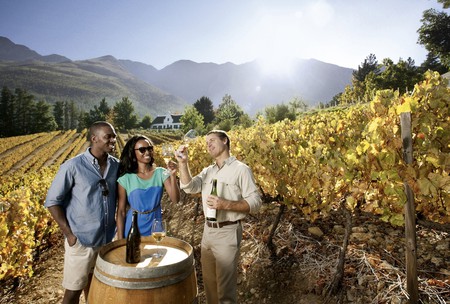 The most expensive bottle of merlot in South Africa has just hit the shelves. At R2,000 (US$158), it has got a lot of tongues wagging. Although the high pricing has caused some controversy, the producers remain convinced that the price tag is justified. At the same time, others have even suggested that South African wines are, in fact, drastically underpriced.

The recently released wine, Misterie 2015, has certainly raised the bar when it comes to this varietal in South Africa. At R2,000, it’s dramatically more expensive than the average bottle of merlot on the shelves, and well above the next most expensive bottle of merlot available.

The wine comes from Longridge Wine Estate, in the wine-rich region of Stellenbosch, just outside Cape Town. Winemaker Jasper Raats oversaw the production, limited to 3600 bottles, which he matured in French oak barrels for over two years.

Grapes free from chemicals and cared for by hand

The Misterie 2015 currently sitting on South African shelves actually dates back to 2013, when Raats noticed a particular section of his vineyards that was thriving. Influenced by the clay soils and microclimate of the Helderberg mountains, he suspected that there was something special about the grapes, and so set about caring for them by hand. He nurtured them carefully throughout their life cycle, and avoided using herbicides and pesticides.

The personal attention appears to have paid off, with the wine scooping three notable awards, including an impressive 93/100 rating by connoisseur Tim Atkin.

Although it may be easy to dismiss the wine’s pricing as a marketing stunt, many in the industry have pointed out that South African wines are still competitively priced overall. Moreover, even at R2,000, the Longridge merlot is less than half the price of the most expensive red wine in the country. And according to WineSearcher.com, the most expensive bottle of merlot in the world is currently France’s Petrus – which retails for an average price of US$2,860.

A price tag of over US$150 may just place the Misterie 2015 on the list of the top 10 most expensive merlots in the world (and might be a bit too high for most). But compared to the rest of the world, where bottles of equal quality often run for significantly higher prices, you might just be bagging a serious bargain if you choose to pick up a bottle next time you visit the quiet town of Stellenbosch.