Who Was Cape Town's Cecil Rhodes?

The name Cecil Rhodes has been in the news a lot recently. Starting from the #Rhodesmustfall campaign at the University of Cape Town (UCT), a sister campaign has since spread to Oxford University. In both campaigns, protestors have peacefully demanded that the statues of Cecil Rhodes be taken away from their respective campuses. In Oxford, those who didn’t agree set up the #Rhodesmuststay campaign in response. But who was Cecil Rhodes and what made him such a divisive figure in today’s modern world? 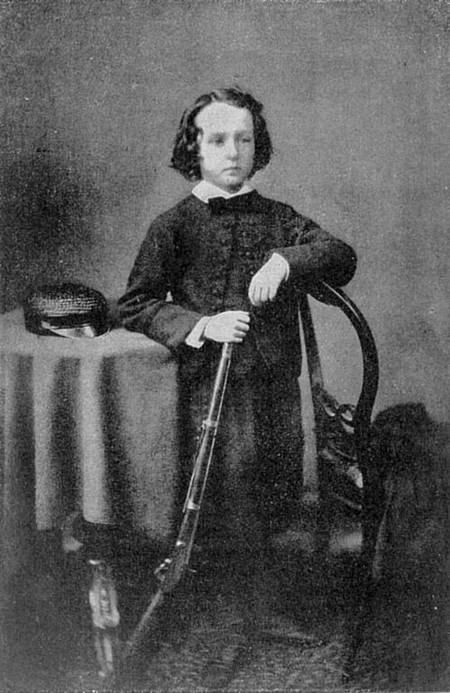 Cecil Rhodes as a boy | © Sandpiper/WikiCommons

Cecil John Rhodes was born in 1853, Bishop’s Stortford, England. He was a sickly child, so when he appeared to be suffering a bout of consumption, his parents sent him to South Africa, aged 17, where the warmer climate was thought to be healthier for the lungs.

He lived with his aunt at first, and then later with his older brother, Herbert. There, he and his brother decided to invest in the diamond mines of Kimberley. It was a venture that would pay off handsomely in the future – becoming the foundation of what was to be the De Beer’s diamond firm. If you’ve ever wondered why diamonds are so expensive, you have Rhodes to blame; he bought out all his rivals, and withheld his stock to make diamonds seem a scarce but luxury product.

Probably the most quoted reasons why Rhodes Must Fall is that he was a racist whose actions led the way for Apartheid.

Rhodes was an undeniable imperialist. He once wrote; ‘I contend that we [the British] are the first race in the world, and that the more of the world we inhabit the better it is for the human race.’ Furthermore, in his will, he requested that a secret society of Britons be set up, so they could ensure a global Anglo-Saxon empire, whose influence would even lead America to return to the Commonwealth and British rule.

From Cape to Cairo

In Africa, Rhodes ruthlessly pursued his ideal. One of his most famous pet projects was a train line that would stretch from Cairo to Cape Town – to achieve this, it meant creating British territories in the heart of central Africa. This opportunity came, after he received a Royal Charter (essentially a royal seal of approval) to protect British interests in Matabeleland and Mashonaland – lands owned by King Lobengula and the Ndebele and Shona people. The charter meant that Rhodes could build his railway, set up mining towns, and even create a police force to protect them.

Rhodes wanted his way and he got his way. Between 1890-1893, he inched his way into the Logengula’s land, allowing miner workers to settle in areas; it culminated into a final fight, where the Ndebele were slaughtered by hired mercenaries, equipped by Rhodes with the latest in arms technology. The newly conquered lands were separated and called North and South Rhodesia (now Zambia and Zimbabwe). Years later, in South Rhodesia, when the remnants of the Ndebele and the Shona tried to revolt, Rhodes implemented a scorched earth policy, burning down whole villages and their crops in an attempt to stop them.

These actions were contentious even by the most die-heard British imperialists of the day, with many both in awe and disgust at pursing his ideal.

Rhodes almost managed to complete his Cape to Cairo ambition, only missing a small patch of line in today’s Ghana. 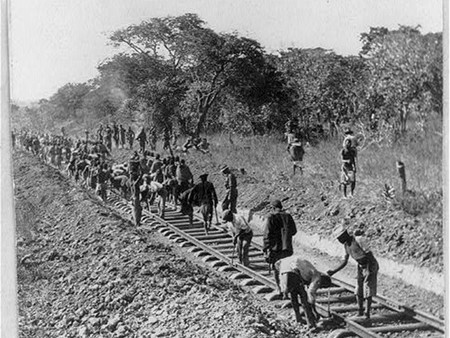 The Pillars of Apartheid

Meanwhile, in South Africa, Rhodes gained a political foothold. In 1890, he became Prime Minister of the Cape Colony. With his new position, he made a case for the Glen Grey Act. It did two things; firstly, it restricted Africans on their right to own land. This was to push them into becoming migrant workers – or as Rhodes hoped, workers for his mines. Africans were also no longer allowed to sell or rent their land, and any who couldn’t prove that they were in a wage-earning job were fined 10 shillings. Secondly, if voters couldn’t write their name, address and occupation, they were not entitled to a vote. Considering literacy rates among black Africans at the time, many became disenfranchised. An area in Cape Town, Pondoland, was outright denied the vote regardless of whether they were literate. The latter in particular shocked and appalled British colonists, but Rhodes had included it to appeal to Afrikaners, who complained that African voters routinely voted for British candidates (who were seen as much ‘softer’ than the Dutch). Nevertheless, the Glen Grey was approved by Cape Parliament, and implemented in 1894.

Rhodes Must Stay can be roughly split into two camps; those who say that tearing down the statue would be whitewashing history, and those who would also argue that Rhodes did do some good in his life time. The campaign argues that people are complex, and it’s a good sign that we can look back and judge the values of the past.

For the Love of Education

As mentioned, Rhodes loved the University of Oxford and its process of creating great citizens. He once stated: ‘Wherever you turn your eye – except in science – an Oxford man is at the top of the tree.’ In his final will, he left £6 million to establish scholarships in his name to provide places at Oxford. At the time, it was only open to white male students of British, American and German origin; nowadays, it’s open to any race and gender (women were included after 1977 and black South Africans in 1991). The scholarship has since spread to more than 14 other countries including Australia, India and Canada, with roughly 83 allocated candidates per year. 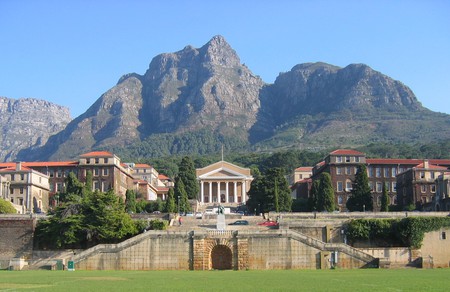 Alongside the scholarship, Rhodes also has schools set up in his name – money given by the trustees of the Rhodes trust. As well as that, land on the Table Mountain that Rhodes bequeathed to South Africa was partly built upon to become the campus grounds for UCT (the other part becoming the Kirstenbosch National Botanical Garden). In his time, Rhodes is also credited for bringing Afrikaner and British settlers closer, by allowing schools to teach both Dutch and English (Dutch was previously banned at schools built by British colonials).

Despite his notorious scorched earth policy, the Ndebele and Shona were still resisting British rule. Eventually Rhodes saw that the only way that the fighting would end was to negotiate and settle on an agreement of some sort. He personally went up the Matobo hills to meet with the chiefs of the tribes to discuss a peace settlement.

He listened to their complaints – suffering awful working conditions, while being subject to police brutality, among a few things. For days, he not only listened to the chiefs but anyone from the tribes, who had to voice a grievance or to make an objection by the humiliations they had suffered. 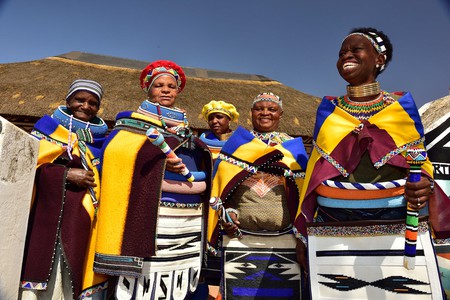 Allegedly, he brokered the peace by telling them that ‘all this is over.’ This promise, alongside Rhodes’ apparent concern and sympathy for their plight, meant the Ndebele and the Shona stopped rebelling. Rhodes’ parting speech about friendship and living side-by-side elicited applause and approval by the tribes. They returned to their fields and named Rhodes, Umlamulanmkunzi, literally meaning ‘he who separates the fighting bulls’ – or more figuratively, the Peacemaker. 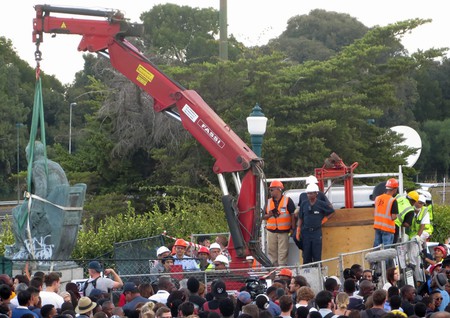 The Cecil Rhodes statue at UCT being removed | © Tony Carr/Wikipedia

The campaign to remove Rhodes’ statue in UCT succeeded, the campaign failed in Oxford (despite the Oxford Union supporting the Fall campaign). In Zimbabwe, there is an on-going campaign – since 2012 – to remove Rhodes’ remains and return them to the UK. Other campaigns at both UCT and other universities in South Africa have come out of the Fall campaign, protesting the racism and marginalisation of black South Africans. Rhodes was a product of his time but even in his time, many of his actions were disputed among British imperialists. It is clear though that Rhodes will always remain a controversial figure and only time will tell what will happen to his many other statues and monuments.