What to Do on a Layover in Cape Town

Many people consider Cape Town International to be one of the better airports in the world. Find all the comforts many expect in other airports around the world, including reasonable restaurants, a pharmacy, prayer rooms, WiFi, various stores, and members-only lounges. Still, the airport is small and the attractions there are limited, especially for longer layovers.

The good news is that the city is just 20 kilometres (12.4 miles) from Cape Town International, so those who have between four and 24 hours to kill are better off leaving the confines of the airport.

Don’t drag luggage around the city. There are storage facilities in both the international and domestic arrivals halls who will look after it for passengers while they tour the city.

How to leave the airport

The best option for getting around Cape Town for those who only have a few hours in town is Uber. There are always cars waiting at Cape Town International. The drive into the City Bowl will cost less than R200 (€12.34 ; $15) and take no more than 20 minutes, outside of traffic. People can also hire a vehicle directly outside the airport or opt for a MyCiti Bus which shuttles passengers from the CBD to the airport and back at regular intervals.

Take to the skies (in a helicopter)

Those with only a few hours to spare, why not take to the skies in a different format? CIVAIR has a hangar at Cape Town International Airport, and they’ll whisk riders around the city with various scenic flight options. This may be the best way to get a taste of Cape Town for those with only an hour or two to spare. Choose a flight over the city, Atlantic Seaboard, or even all the way to Cape Point—the most southwestern point of the continent. 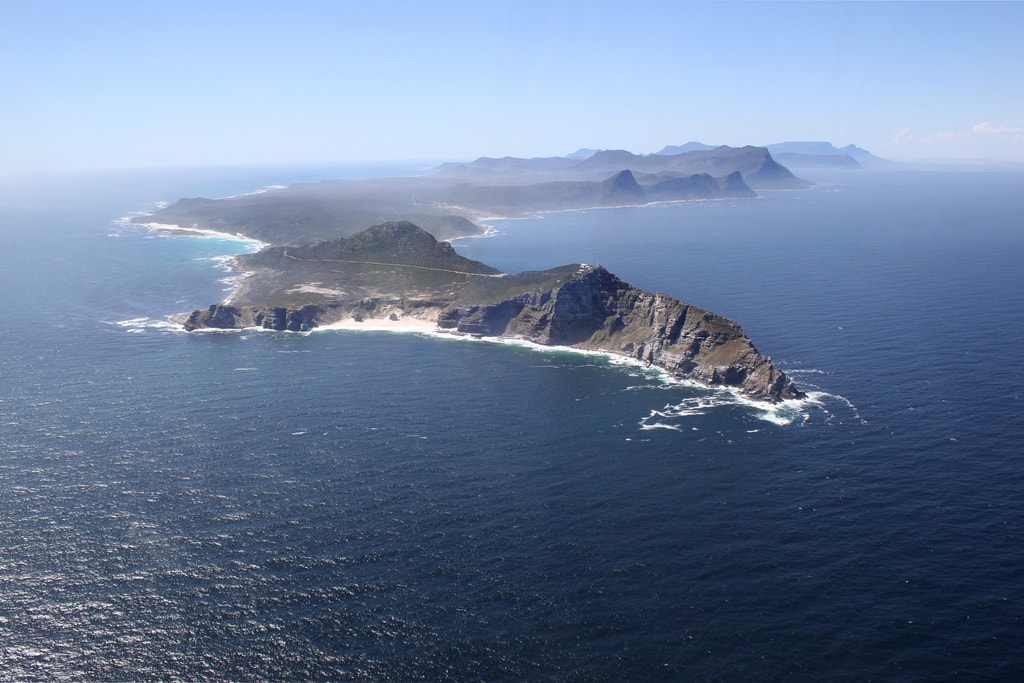 Head for the mountains

Heading up Table Mountain is one of the best ways to get a good idea of the lay of the land and to appreciate Cape Town’s remarkable natural beauty.

Reach the top of the mountain in just five minutes thanks to the Table Mountain Aerial Cableway. The lower cable station is approximately 30 minutes away by car outside of rush hour traffic; during peak summer months, queues in either direction can take upwards of 90 minutes.

Those who feel like getting some fresh air, it’s possible to hike to the top of Table Mountain. For those who are fit and healthy, this will likely take upwards of two hours each way. 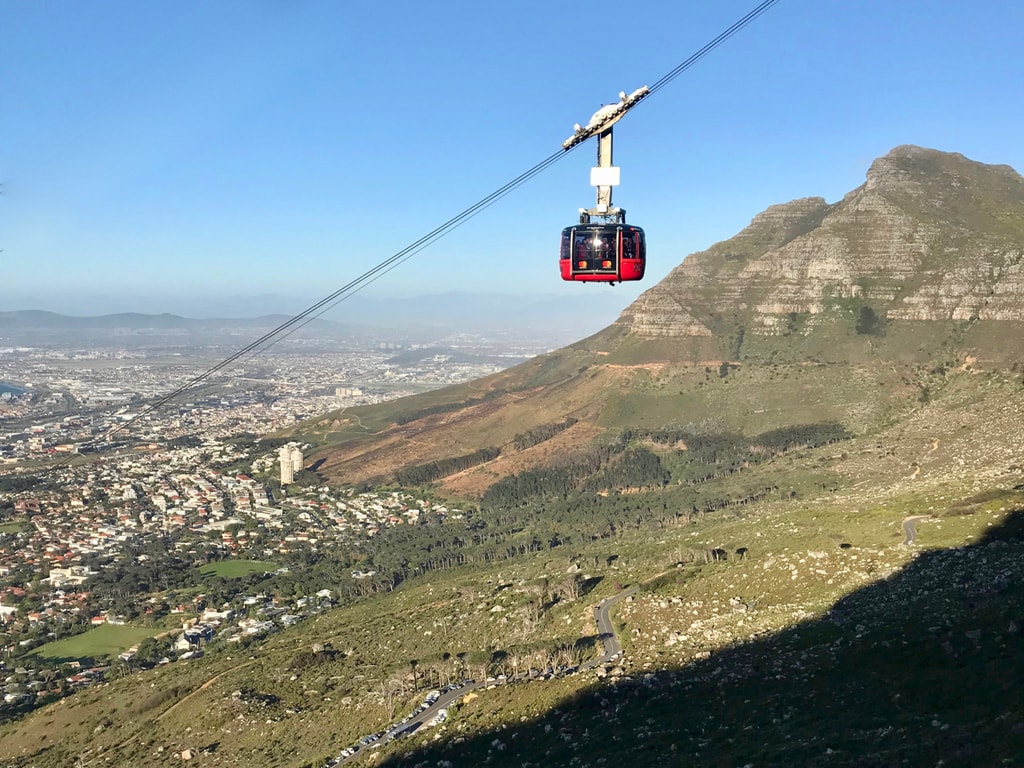 Head for the hill

If Table Mountain is too busy or there’s just not enough time, head for the smaller neighbouring promontory of Signal Hill. The drive past Lion’s Head towards the Signal Hill parking area is spectacular, and it offers a good aerial view of the city bowl. 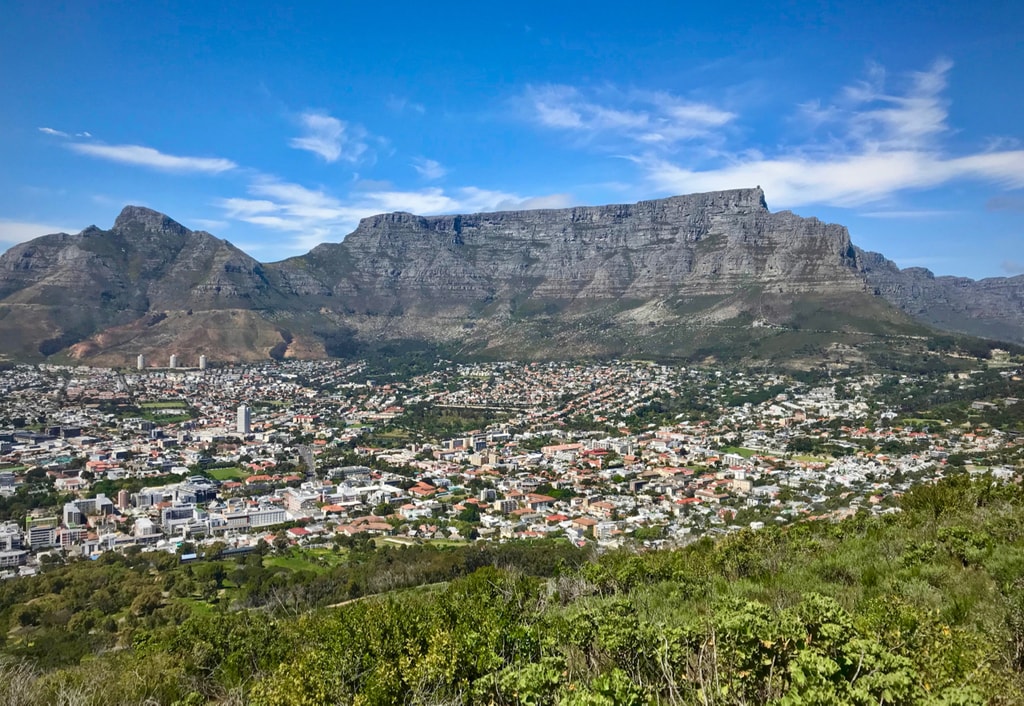 Blow your last cash at the Waterfront

The V&A Waterfront and its surrounding precinct is the most visited attraction in the Cape, and it may just be the best option for those pressed for time. There’s an array of shops to browse, it’s a fascinating working harbour, and there are several attractions in the vicinity. Aside from the bustling food and design markets, there’s also the popular Two Oceans Aquarium and the newly opened Zeitz Mocca Contemporary Art Museum to keep visitors busy for a couple of hours. There are also various restaurants, bars, and coffee shops that can keep people satiated while they wait to head back to the airport.

Cape Town’s inner city is a fascinating place to explore on foot. There are several iconic streets, including Long and Bree, each of which offers unique sights to explore and several bars, cafés, and restaurants. The Company’s Garden is also easy to reach and good for a quick wander. Save money by catching a MyCiti bus to the edge of Cape Town’s Central Business District and then walk towards the action in a matter of minutes.

Cape Town has some of the world’s best wines, and there are several famous estates a short drive away from the airport. There’s no public transport between the airport and the wine estates, so opt for Uber, car hire, or a private tour. Those with time to spare can visit a selection of wine farms in nearby Stellenbosch. Alternatively, pick one appealing estate and plan to spend an afternoon there before heading back. 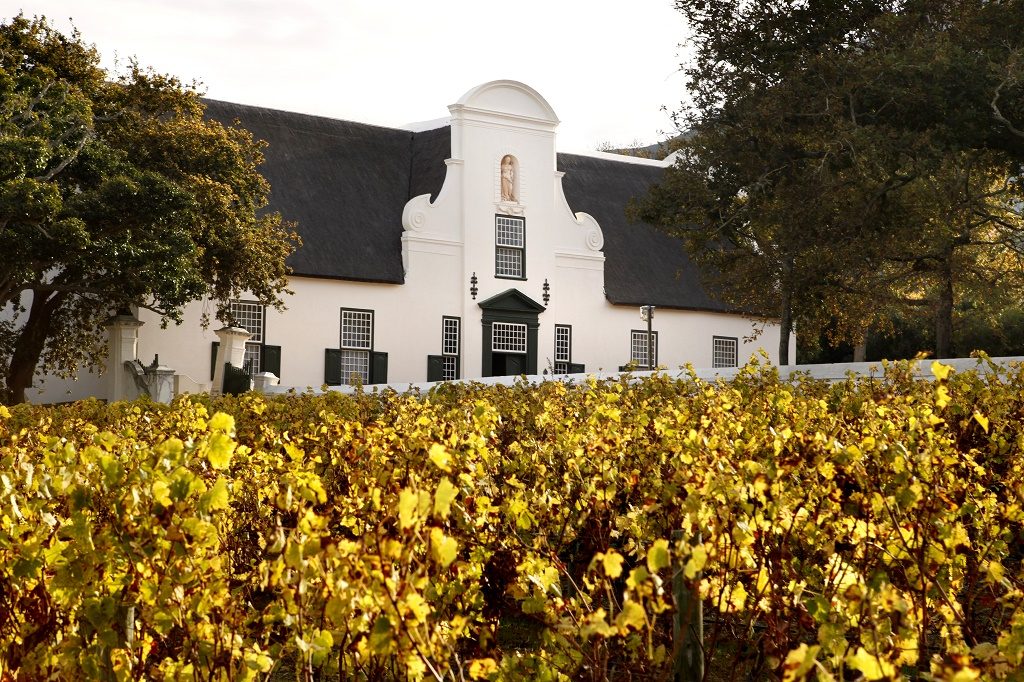