What To Do in Johannesburg’s Braamfontein Neighbourhood 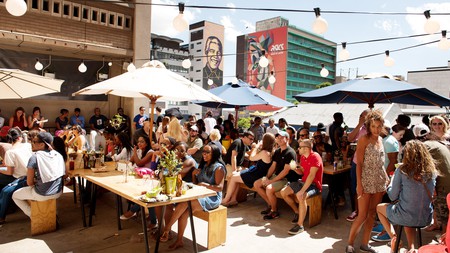 Braamfontein, due to its location on the edge of Johannesburg’s inner city and its proximity to two large universities, is one of Joburg’s fashion and culture hotspots. Dotted with bars, restaurants, clothing shops and high-rise student accommodation, Braamfontein is where locals and tourists go to see, be seen and party on the weekends.

Saturday is the best day to explore Braamfontein – put on your hippest African-print outfit and join the fun. 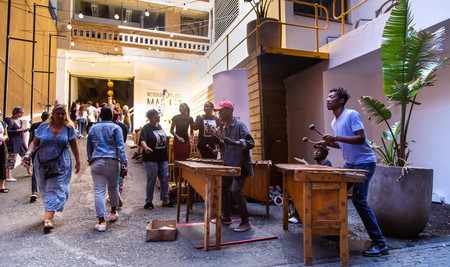 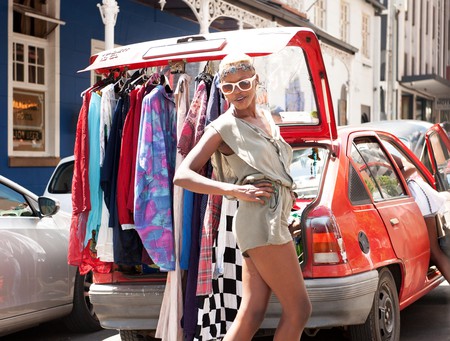 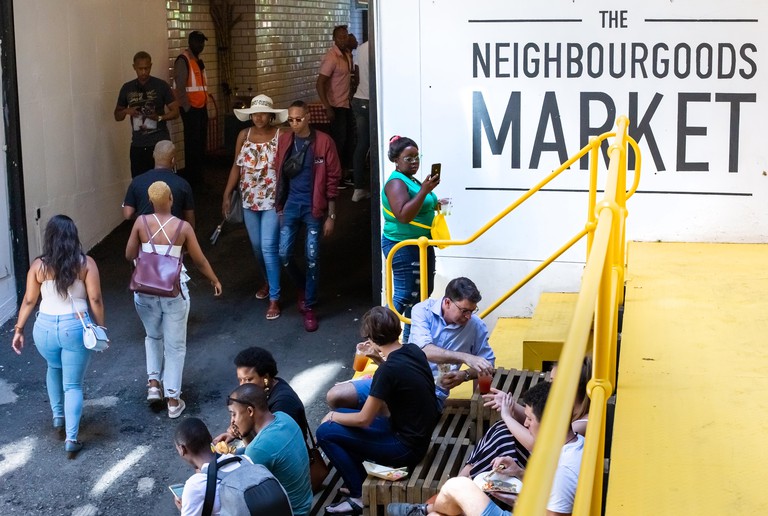 A spin-off of the popular Cape Town market with the same name, the Joburg Neighbourgoods Market takes over a two-storey Braamfontein parking garage every Saturday morning. The market is packed with food and clothing vendors, but students go for the boozy cocktails, which they sip on the garage’s rooftop until well into the afternoon. 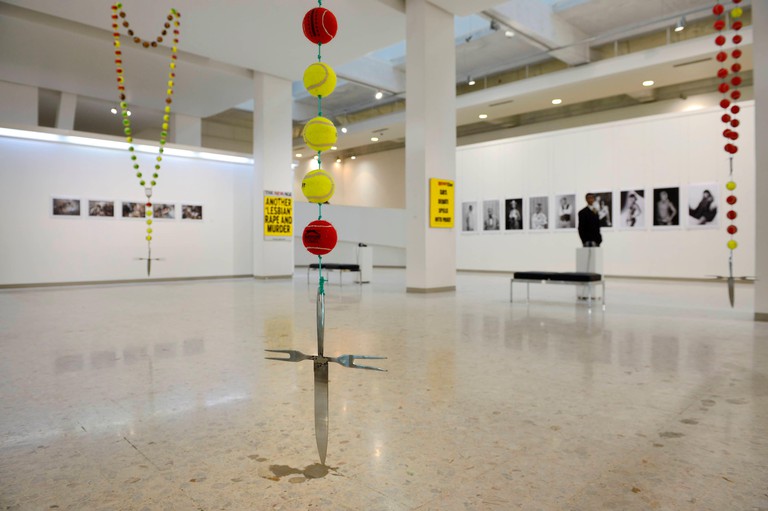 © Hemis / Alamy Stock Photo
Attached to the University of the Witwatersrand, Wits Art Museum boasts a notable collection of contemporary works by South, Central and West African artists. Housed in a building that has won acclaim for its architecture, what began as a small collection in the 1950s has grown into a larger collection, including works by Robert Hodgins and Gerard Sekoto, a leading South African modern art figure.
Open In Google Maps
Bertha Street, Johannesburg Johannesburg, Gauteng, 2001, South Africa
+27117171365
Visit Website
Visit Facebook page
Give us feedback 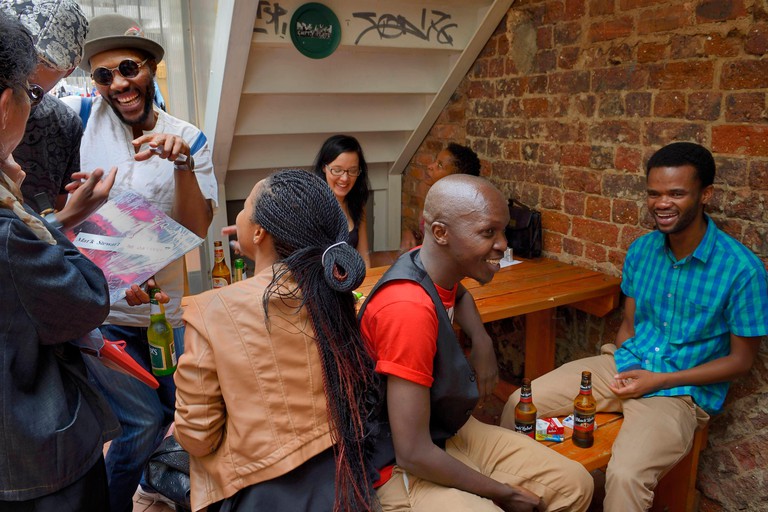 Kitcheners, on the ground floor of the historic Lord Milner Hotel building, is the second oldest bar in Johannesburg. By day, the bar still has an old British pub feel (complete with mediocre pub grub). By night, Kitcheners is the domain of the hard-core partiers and draws some of South Africa’s top DJs.

For a sophisticated evening out, hit the Artivist. This high-end cocktail bar hosts regular art exhibitions, with a special focus on artists of the African diaspora. The Artivist also offers a menu of tasty, African-inspired dishes. Downstairs, the underground (both literally and figuratively) “Untitled Basement” hosts legendary late-night jazz performances and private events.

Occupying an eye-catching, pink-and-green building a few blocks east of the Neighbourgoods Market, 99 Juta is a home design and retail centre anchored by two high-profile tenants: Joe Paine and Dokter and Misses. Whether you’re shopping for home furnishings or not, 99 Juta is worth a visit – the beautifully designed showrooms are a sight to behold. 99 Juta also hosts regular exhibitions, workshops and other events in its famous pink courtyard.

Directly across the street from 99 Juta is Braamfontein’s best kept secret: the Black Forest Bakery. Owned by a German-Namibian family, Black Forest serves up authentic, affordable German breads and pastries. Don’t be put off by the small, dusty shopfront (which is easy to miss), as this is one of the city’s best spots for a decadent, carb-heavy breakfast. The salty, yeasty German pretzels are not to be missed.

Hidden on top of a building next to the huge, iconic Nelson Mandela mural by American street artist Shepard Fairey, the JFF Rooftop Farm encompasses urban gardening at its best. Accessible via a ladder, JFF (which stands for Jozi Food Farmer) is a public nursery and tea garden, offering a free gardening talk every Tuesday at 4pm and a monthly night plant market. The farm has a wide variety of plants for sale – both edible and decorative – as well as a selection of herbal teas.