What Cape Town Has Taught the World About Water Conservation 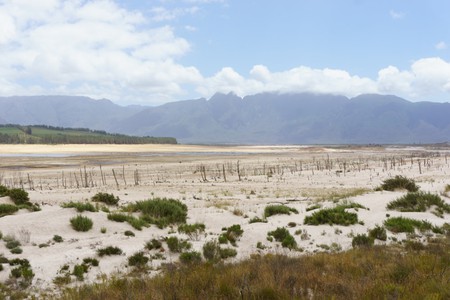 Much of the commentary around Cape Town’s water crisis has understandably been negative: what the city could’ve done better, how officials should act faster to alleviate the situation, and how the majority of residents are failing to adhere to water restrictions. Even though these are important discussions, there are many things that Cape Town has done significantly better than any other city that’s faced a similar water shortage.

Reduced water usage by half

Though much of the commentary around water usage has been that less than 50% of residents have been adhering to restrictions, which in itself is problematic, it’s clear that those participating in the water conservation efforts have done an extraordinary job.

Remarkably, this means that many are using close to, or below, what the World Health Organisation recommends as the minimum daily amount of 50 liters per person per day. And many of those who are reporting such drastic reductions in water have mentioned that with just a little bit of an effort, it’s actually fairly easy to achieve this goal. 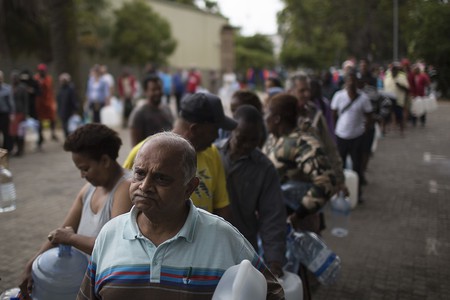 Much of the focus in Cape Town has been a kind of positive reinforcement, mixed with mild threats and real concerns.

Aside from a handful of punitive water saving measures put in place by the city—such as new tariffs for heavy water users, clamping down on shops illegally selling municipal water, and an online water usage map that indicated residential water usage—most of the measures involved positive encouragement.

Residents got in on the action and stopped washing cars, watering gardens, flushing toilets, and filling swimming pools. They saw baths as the ultimate sin, and instead opted for rapid 90-second showers. Stores across the city sold out of plastic receptacles that residents used for collecting and storing grey water for reuse. Large rainwater collection tanks, ingeniously connected to housing gutter systems, have become common sights in back gardens and courtyards around the city. These are all permanent measures that will have a lasting impact on the city’s water consumption long after this immediate disaster has been averted.

As announcements of an imminent Day Zero—when the city would shut off all taps—dominated the media, measures became more frenzied. Supermarkets instantly sold out of mineral water, borehole drilling companies booked up for months in advance, and queues at natural springs stretched for dozens of meters, with some residents queuing into the night in order to collect water to offset their daily usage of municipal water.

Businesses also pulled their own weight to help reduce usage. Restaurants around the city replaced taps with waterless hand sanitizer, and many started serving drinks in takeaway containers to avoid having to use clean water to wash up. Some hotels removed plugs from bathtubs, dug boreholes, built desalination plants, and educated guests on the importance of water conservation in the drought-stricken city. 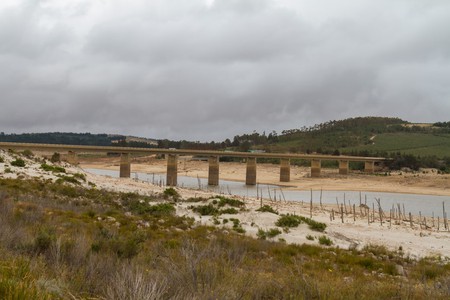 Though much of the cooperation eventually came from a place of fear—of actually running out of drinking water and having to queue for daily rations—there was still a concerted effort from people across the city.

Everyone from small business and tourism organizations to mainstream media got on board with the initiative. Hours of on-air content was dedicated to water conservation tips and discussions, as were several inches of column space in daily newspapers.

Better water saving than many other cities in the world

Capetonians took a bit of time to get all the pieces into place, but when they did the result was actually more impressive than many other cities around the world that have faced similar predicaments.

Cape Town cut its water usage by almost 60% in three years. This is an impressive feat that, according to Wesgro, took the city of Melbourne 12 years to do. What’s more, during Melbourne’s crippling “Millennium Drought,” the city was only able to reduce water usage to 246 liters per person per day, compared to Cape Town’s average of 124.

São Paulo has also faced dire drought situations, and yet the best that city has been able to achieve under similar circumstances has been a 21% drop in consumption. This placed the city’s average daily consumption at 167.5—significantly higher than Cape Town’s.

The crisis has also had a surprising spinoff into the creative industry, with the International Public Art Festival choosing the drought as inspiration for its 2018 edition. Artists took to the streets of Salt River to paint large murals that aimed to share the important message of nature and conservation, while at the same time inspiring Capetonians with impressive artworks.

Popular musician Jeremy Loops also drew inspiration from the fragility of the city’s water situation with his new album and international tour, titled Critical as Water. And, although part of an advertising campaign, many well-known musicians lent their music to 2minuteshowersongs.com. This creative energy has helped to keep the topic relevant and engaging without the risk of residents burning out from the constant negativity that often dominates major news sources.

Despite the negative commentary around Cape Town’s drought, the measures taken by the public and private sectors have been on a par or better than those around the world.

With the city’s announcement that the imminent Day Zero predicted for 2018 has been delayed indefinitely, many consider this a victory. But officials are quick to warn residents that the water shortage is far from over, and any continued delay of Day Zero is contingent on ongoing water saving measures and the arrival of above average winter rainfall.

Though the water crisis is far from over, it’s clear that Cape Town has taught the world important lessons about water conservation; so much so, that in certain categories it may well have set the benchmark for cities facing similar predicaments in the future.