Understanding the Meaning of Ubuntu: A Proudly South African Philosophy 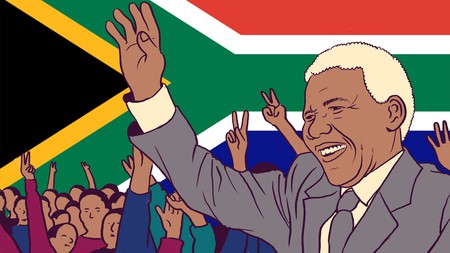 South Africa is a country that carries massive collective trauma. The political system of institutionalised racism, called apartheid, was devastating for the majority of the population. Yet, in spite of the painful, oppressive system, many of those most deeply affected by it rose up and remained resolute and united – with some crediting one philosophical concept, that of ubuntu, as a guiding ideal.

The presence of ubuntu is still widely referenced in South Africa, more than two decades after the end of apartheid. It’s a compact term from the Nguni languages of Zulu and Xhosa that carries a fairly broad English definition of “a quality that includes the essential human virtues of compassion and humanity”.

In modern South Africa, though, it’s often simplified further and used by politicians, public figures and the general public as a catch-all phase for the country’s moral ideals, spirit of togetherness, ability to work together towards a common goal or to refer to examples of collective humanity.

Nelson Mandela, South Africa’s first democratically elected president, in a preface to Richard Stengel’s Mandela’s Way: Fifteen Lessons on Life, Love, and Courage (2009), encapsulated the many interpretations by calling ubuntu an African concept that means “the profound sense that we are human only through the humanity of others; that if we are to accomplish anything in this world, it will in equal measure be due to the work and achievements of others”. 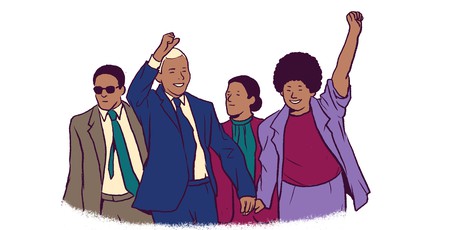 Ubuntu is not a new concept, though – it’s one that Christian Gade, who wrote about it in a paper published by Aarhus University, says dates as far back as 1846.

“The analysis shows that in written sources published prior to 1950, it appears that ubuntu is always defined as a human quality,” said Gade. “At different stages during the second half of the 1900s, some authors began to define ubuntu more broadly: definitions included ubuntu as African humanism, a philosophy, an ethic and as a worldview.”

But as Gade points out, in spite of the term’s history, it gained prominence more recently – primarily during transitions from white minority rule to black majority rule – in both South Africa, and neighbouring Zimbabwe.

“Of course, the search for African dignity in postcolonial Africa did not begin with the literature on ubuntu that was published during the periods of transition to black majority rule in Zimbabwe and South Africa,” said Gade.

Prior to these periods of political transition, Gade said, the search for African dignity was reflected in the thinking of many influential postcolonial African leaders – and has much to do with restoring dignity once the colonisers had moved on.

“Some of the narratives that were told to restore African dignity in the former colonies, which gained their independence in the late 1950s and 1960s, can be characterised as narratives of return,” said Gade, “since they contain the idea that a return to something African (for instance traditional African socialism or humanism) is necessary in order for society to prosper.”

Much like the Danish philosophy of hygge, though, a lot is lost in the English translation, simplification and popularisation of the term. And this had lead some to criticise its use – especially in a modern South African context.

Thaddeus Metz, professor of philosophy at the University of Johannesburg, said that the term and ideas associated with ubuntu are often “deemed to be an inappropriate basis for a public morality” in present-day South Africa – for three broad reasons.

“One is that they are too vague; a second is that they fail to acknowledge the value of individual freedom; and a third is that they fit traditional, small-scale culture more than a modern, industrial society,” Metz wrote in an article published in the African Human Rights Law Journal.

Popular radio host, author and political commentator Eusebius McKaiser was quoted in the African Human Rights Law Journal saying that the term has several interpretations, and in a legal context is largely undefinable. He called it “a terribly opaque notion not fit as a normative moral principle that can guide our actions, let alone be a transparent and substantive basis for legal adjudication”. 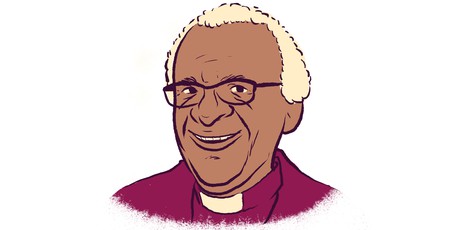 In spite of its potential shortcomings and misuses, ubuntu is a term that has a demonstrated the ability to unite the country towards common good – with many choosing a definition that bests applies to their circumstances.

Brand South Africa, an organisation mandated to develop and articulate the country’s national brand and identity, and to manage the country’s reputation, regularly uses the term in its messaging.

In 2013, the government made the plea for South Africans to “live with ubuntu” – although as Brand South Africa points out, this has different meanings for different people. “Goodness Ncube, a shoe salesman in Killarney, Johannesburg, defines ubuntu as the ability to relate to each other. Tabitha Mahaka, a Zimbabwean expatriate, believes it is about feeling at home in a foreign country. And Ismail Bennet, a store manager, has not even heard of the term,” Brand South Africa reported on its website.

But if there is one South African who can be credited with popularising, and embodying, the philosophical concept of ubuntu to its fullest, it’s Anglican Archbishop Desmond Tutu.

Tutu fought vehemently against apartheid, but also chaired the country’s Truth and Reconciliation Commission, under the principal of restorative justice.

As Metz points out, Tutu, who defined ubuntu as “I participate, I share”, drew on the principles of ubuntu to guide South Africa’s reconciliatory approach to apartheid-era crimes.

“As is well known, Tutu maintained that, by ubuntu, democratic South Africa was right to deal with apartheid-era political crimes by seeking reconciliation or restorative justice,” Metz wrote in an article for The Conversation.

Instead of emphasising the differences between people within South Africa, Tutu was famous for celebrating them.

For many in South Africa, it’s this approach that is the epitome of ubuntu.