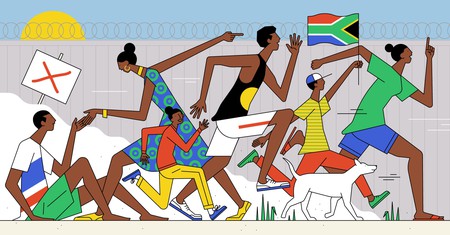 For more than 40 years, black South Africans rejected the oppressive apartheid regime with non-violent protests, turning to music and dance. At the heart of this was a form of protest dance, the toyi-toyi, which to this day stands out as a powerful resistance against the status quo at protests and gatherings around the country.

The period of protest against the apartheid regime was dubbed ‘the struggle’, and despite some of the deepest moments of hopelessness and despair, it was a time punctuated by powerful music. Those leading the battle against apartheid used music and dance to communicate a strong message, unite people on the ground, and motivate them to keep pushing forward.

Music and dance as a form of protest

Even during some of the country’s most devastating protests, when unarmed Africans were shot in cold blood, or often in the back, there was a resilient spirit driven by song which lead iconic musician Hugh Masekela to say: “We will go down in history as an army that spent a lot of time singing, rather than fighting”.

Although some of this singing and dancing might have been perceived as almost joyous – and certainly much of it by the likes of Masekela was – there was an unmistakable rhythmic aggression to the toyi-toyi dance that had the ability to strike fear into the hearts of the various apartheid-era security forces trying to quell any unrest. 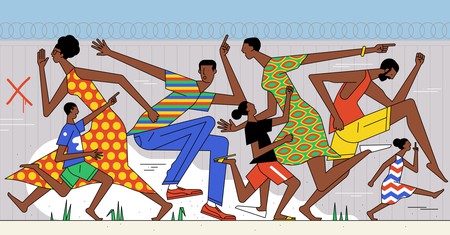 As it became clear that a non-violent protest against apartheid would be unsuccessful, the resistance movement started to train people on the ground to rise up against the regime. With this came a new militarisation of songs and dance. Protests became more hostile, and confrontational songs were combined with the intimidating toyi-toyi.

The power and efficacy of the dance was, and is, multi-faceted. The rhythmic high-stepping movements, with loud stomping and synchronous chants and singing, resembled a war dance of sorts. It was a clear indication from protesters that they were not going to settle for anything less than an overthrow of the status quo.

Dance used as a weapon

Even though toyi-toying protesters were often unarmed, they used the dance as a weapon.

Research suggests that South Africans actually learned the dance in neighbouring Zimbabwe while undergoing training. Soldiers would practice this high-intensity march up steep hills and for extended periods, and in turn would become incredibly fit and ready for battle.

Apart from simply aiming to unite protesters and win hearts and minds, the toyi-toyi was also designed to instill fear into the enemy. Consequently, the apartheid government escalated their use of violence, and the police resorted to using heavy weapons to respond to the growing unrest lead, in many ways, by the toyi-toying.

According to former national head of riot police during apartheid, Adrian de la Rosa, this shift in momentum had a direct impact on them. “I can tell you that most of the riot police and soldiers who had to contain those illegal marches were shit-scared of the chanting blacks confronting them. But they had to stand their guard. Here was an unarmed mob instilling fear just by their toyi-toyi!” he said when interviewed for Amandla!.

The attack on apartheid was multi-pronged, and this protest through song and dance was one of the crucial elements. 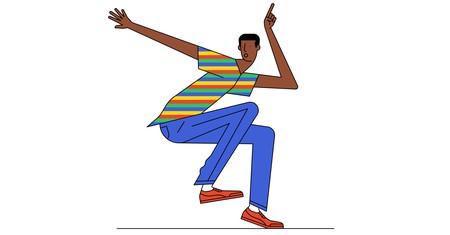 Carried through into democratic South Africa

The toyi-toyi did not end with the successful overthrow of the apartheid regime. As South Africa transitioned into democracy, many used the dance as a celebratory ritual. When former president Nelson Mandela announced his freedom in 1994, jubilant toyi-toying crowds took to the streets. Mandela’s iconic post-1994 jive also borrows several elements from the original toyi-toyi, although his version is significantly more joyous than confrontational.

Many do, however, still use it to voice discontent. A protest movement so deeply ingrained in the psyche of its people will not disappear quickly, and in present day South Africa the toyi-toyi is still common at protests. Although protesters may not be fighting against a racist and oppressive regime today, toyi-toying is still used as a way to unite against new issues, such as access to land, education, and other basic human rights that have yet to reach parts of the country.

Even though the target of the toyi-toyi may have shifted, the dance is still a powerful rallying cry. It is a true symbol of the triumph of the spirit of South Africans pushing back in the face of adversity.