The Top Things To See and Do in Woodstock, Cape Town 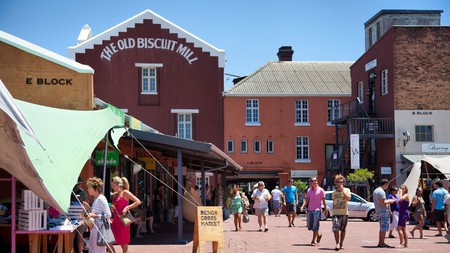 Woodstock has for many years been hailed as Cape Town’s most up-and-coming neighbourhood. Home to a number of independent shops, restaurants and art galleries, the area is full of places to explore.

Woodstock’s convenient location, on the fringe of Cape Town’s urban heart, means it’s become the go-to suburb for the city’s young middle class. As young creatives have looked to the area as somewhat of a solution to Cape Town’s issues with affordable housing, so too have businesses looked to capitalise.

This has given rise to difficult discussions around gentrification, but it’s also led to a variety of fascinating small businesses – many of them drawing on the area’s creative spirit – giving Woodstock a distinct atmosphere like no other neighbourhood in the city.

As a Woodstock resident, writer and editor Latisha Jones has tracked the changes in the neighbourhood – both good and bad. She has hesitations about the impact of gentrification on the neighbourhood, and so she chooses the businesses she visits carefully. Yet, she still regularly frequents many of the small businesses in her area – both those recently opened and those family-run for decades. These are some of her suggestions for finding a balance of the best things to see and do in Woodstock.

Woodstock has dozens of second-hand stores that sell everything from clothes and books to furniture. One of Jones’s favourite second-hand stores is Appel ń Ui, located above a wholesale paint shop on Victoria Road, where it’s possible to uncover a variety of household goods at great prices.

“I also like Blank Books, the bookshop inside the Salt Circle Arcade,” says Jones. “There are so many second-hand shops around that you can just stumble into, but if you’re looking for a bargain, they tend to be more expensive the closer you get to The Old Biscuit Mill.” 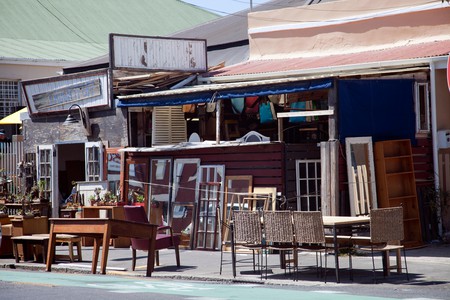 The neighbourhood has cemented itself as one of the off-beat art centres of Cape Town. It started as many young artists choose this as their base, due to the slightly cheaper property prices. And with the explosion of events such as First Thursdays in the Cape Town City Bowl, many trendy and independent galleries followed suit.

“There are several little galleries dotted throughout the neighbourhood,” says Jones. “But as a starting point, SMAC, Goodman and Stevenson are always worth a visit.” 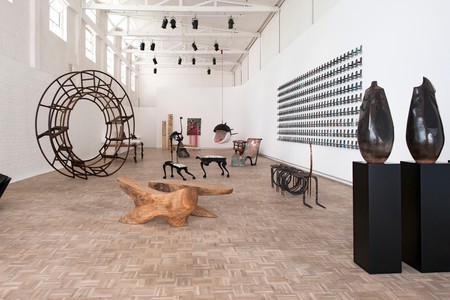 Cape Town’s craft liquor scene has expanded rapidly in recent years, and much of the city’s best craft gins and beers come out of Woodstock. Jones counts tasting or drinking these – at bars or directly at breweries and distilleries – as one of the better evening activities in Woodstock.

There are several breweries, distilleries and bars from which to choose in Woodstock, but the most notable include Devil’s Peak Brewing Company, Woodstock Brewery, Brewers Coop, Woodstock Gin Company and Hope on Hopkins. 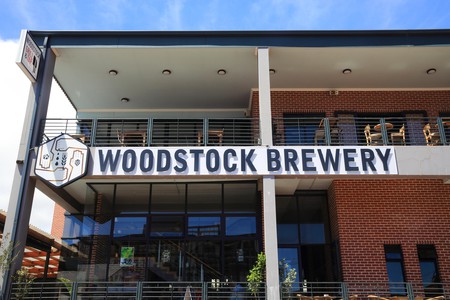 Historically, Woodstock was located just metres from the ocean, and consisted largely of houses for the fishermen who worked in the area. Although this is no longer the case – reclaimed land and rapid urbanisation put paid to this many years ago – there are still some throwbacks to this era in the form of vibrant, budget-friendly fish shops.

Jones recommends Fish for Africa and Ocean Jewels for fresh fish at great prices. “There is other fresh produce to buy in Woodstock as well,” she says. “I recommend buying fresh meat at Frankie Fenner and bread at Woodstock Bakery.”

Since the arrival of The Old Biscuit Mill, and its consistently celebrated Test Kitchen and Pot Luck Club restaurants, Woodstock has been billed as a top destination for eating out. But unless money is no object, Jones suggests steering clear of the highly publicised establishments. “There are several great smaller and even family-run restaurants in Woodstock – places like Scarpetta, The Kitchen, Sepial’s Kitchen, Hidden Leaf and Andalousse, that are well worth visiting,” she says. “And there are two great ice-cream shops, in Unframed and The Creamery.” 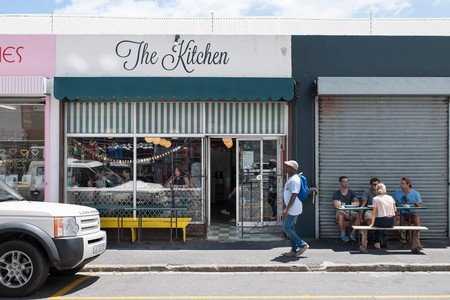 Although much of the neighbourhood’s artistic talent resides inside galleries, there’s also a thriving street art scene in Woodstock. The neighbourhood’s weathered walls lend themselves perfectly to thought-provoking, eye-catching graffiti. Although this is on display for anyone to see, Jones recommends taking a graffiti tour to find some of the hidden artworks often located off the main thoroughfares. There are several companies that offer walking tours through Woodstock, but the best known of these is the street art tour by artist Juma Mkwela. 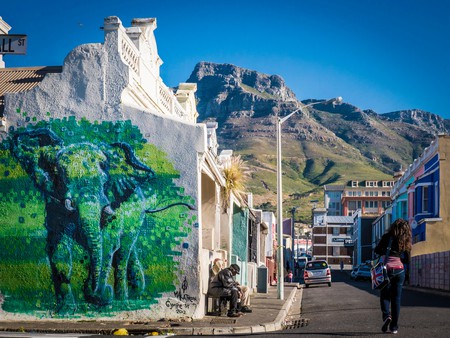 Go for a swim

Although there’s no longer a beach located adjacent to Woodstock, there is one often overlooked swimming opportunity for hot summer days. “Swimming at the refurbished Trafalgar Swimming Pool is a great way to cool off,” says Jones. Entrance for adults is just 8 South African rand (£0.40), and inside is one main pool, a smaller one for children, changing facilities and grass and picnic areas to make a full day of it.