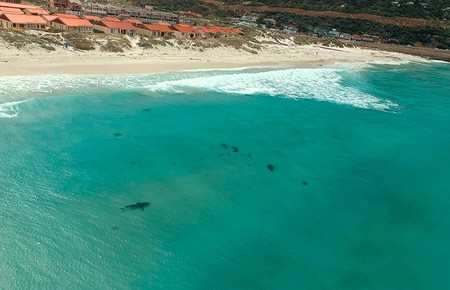 A copper shark is spotted by a drone in False Bay, Cape Town © weFix

A local tech company called weFix has teamed up with non-profit organization, Shark Spotters, to keep beach-goers safe at two popular Cape Town beaches. The company has donated two drones, a DJI Phantom 4 and DJI Mavic, which are being used at two look-out points in Muizenberg and Fish Hoek where shark sightings are most frequent.

In summer, thousands of people flock to Cape Town’s beautiful beaches to either cool off in the sea or take part in water sports like surfing. But after a spate of shark attacks in 2004 and an increase in shark sightings close to shore, Shark Spotters was initiated to improve the safety of swimmers at popular False Bay beaches. 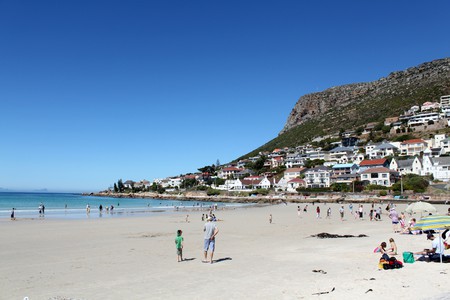 Members of Shark Spotters are positioned at strategic points on the mountains along the False Bay coastline to scour the sea for sharks using polarized sunglasses and binoculars. If a shark is seen in the area, the spotter contacts a beach spotter via radio who sounds an alarm to alert swimmers to leave the sea. A warning flag is also raised on the beach.

But often, poor visibility and false sightings hamper the efforts of the shark spotting team, placing bathers at risk of coming into contact with sharks. October to March is peak shark season in South Africa, when great whites and other shark species swim close to shore.

Fish Hoek Beach is the only beach in Cape Town with a special exclusion net that keeps sharks and marine life out of the demarcated swimming area.

The drones are able to fly up to 500 meters along the beach and out to sea, and can stay in flight for up to 30 minutes before needing a battery change. 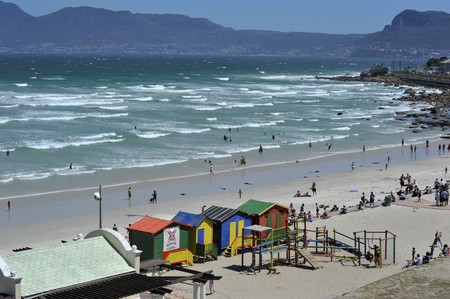 “The drones are aimed at being a supporting mechanism for the dedicated Shark Spotters,” explains weFix CEO, Alex Fourie, on the company blog.

“They do not replace any of the current processes and routines that Shark Spotters employ to safeguard these popular swimming and surfing beaches. Instead, the drones offer the extraordinary advantage of being able to remotely investigate reports of shark sightings at sea, and more accurately identify causes of alarm and track the intensity.”

The drones not only help to improve the safety of bathers, they are also an educational tool for scientists to observe the movements of sharks and other marine life along the coast.