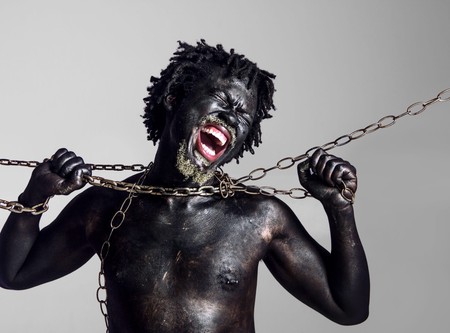 Gender-based violence is a pressing issue in South Africa, one reason being the roles men and women are expected to follow. Mzoxolo X Mayongo’s photo series, Ubukho be Ndoda: Demystifying the Phallus of Man, aims to explore the politics of gender and sexual identity relating to men.

In light of the #MeToo movement, Mzoxolo X Mayongo’s project aims to open up a dialogue confronting the old-fashioned, preconceived ideas surrounding gender by exposing and welcoming its flexibility in order to heal and discover new identities. 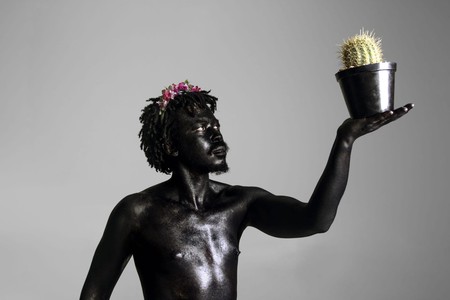 Mayongo observes that men, himself included, are fighting an ongoing battle regarding stereotypes, meaning that they are expected to fit into a specific ‘box’ of gender identity. ‘This description alludes to traditions of manhood with narrow singular types of manliness acceptable, exclusive to anything that falls outside those characters,’ he explains.

Mayongo believes that masculinity and femininity are aspects of one identity; that one cannot exist without the other. ‘This is in response to my own individual identity; an exploration of the complex identities of manhood that exist in me, as well as the unforgiving insecurities as a man in South Africa,’ he says. 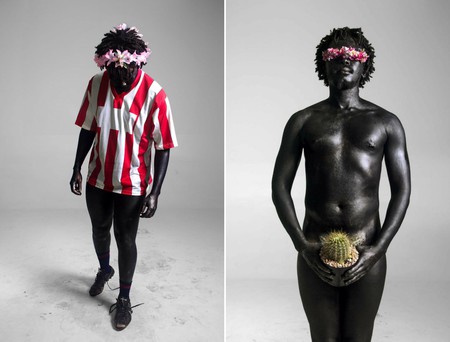 Growing up in South Africa has had a bittersweet impact on the artist. ‘There are so many binaries and nuances that existed in my upbringing. I was born into a family of umXhosa culture, yet raised in the traditions of the Christian belief system, and was then entrenched into a Westernised culture.’

He describes his ‘boyhood identity’ as a confusing one. Growing up, he never associated with the stereotypes of kasi (meaning township boy) but at the same time he didn’t really fit into the suburban landscape. He was stuck in between, and as such struggled with defining his true identity. He goes further, to say ‘that tension of duality has always been there; I always had to battle and find balance between the two worlds, soft and hard, masculine and feminine.’ 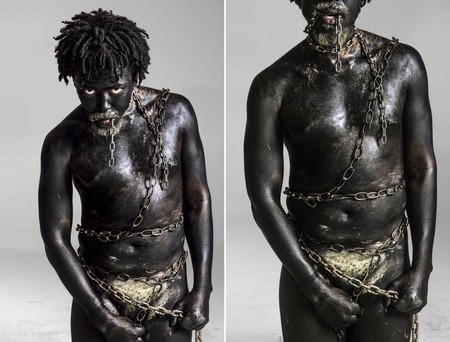 South Africa is a culturally saturated country filled with many different belief systems and religions. Mzoxolo explains that, in many ways, he believes culture and religion are the gatekeepers of the patriarchal system.

‘I find it problematic that there are certain beliefs, roles and behaviours assigned to genders whereby power dynamics of patriarchy are further enforced,’ he told us. 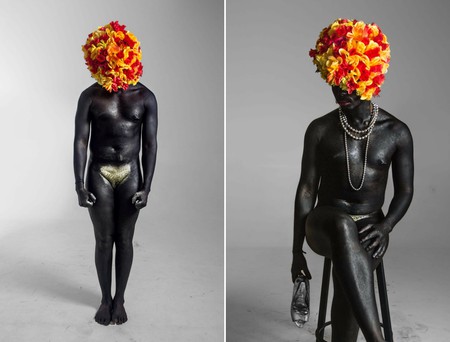 He describes the country as a complex one, filled with many polarities, from racial diversity to its wonderful multicultural landscape. The crossroads and the tension of duality have always been a part of his life, and his photographs are a means to ‘locate the power struggle and power shift in the country’s history and culture, while at the same time looking toward himself.’ he says.

As a young man and an artist in contemporary South Africa, Mzoxolo aims to raise an active voice regarding issues surrounding toxic masculinity. Ubukho be Ndoda: Demystifying the Phallus of Man is part of a larger movement he advocates for. His practice extends to social-justice programs, with his main focus being TalkingMEN, a platform that facilitates discussions surrounding what it means to be a man in present-day South Africa. 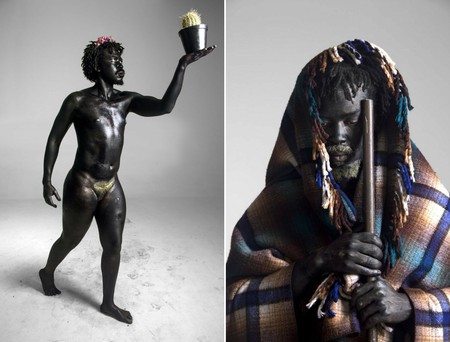