This South African Millennial is Making Bricks out of Paper 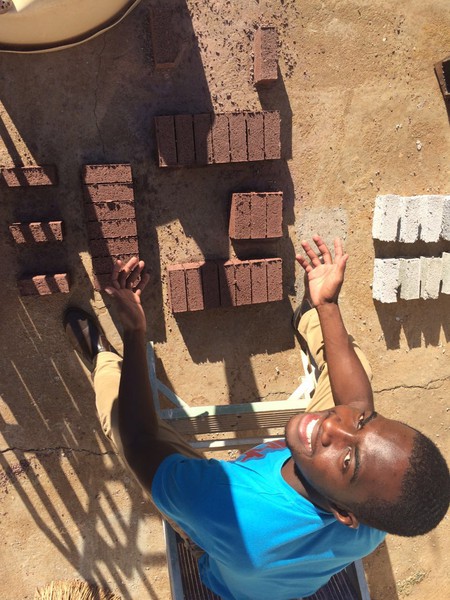 A young South African inventor is using an innovative approach to address the country’s urgent housing problem by utilising its excess paper trash.

Elijah Djan is only 21 but he is already changing the face of South Africa’s construction landscape. He’s creating bricks out of recycled paper and it could help South Africa address two major problems: a housing shortage and excess waste.

With a science teacher for a mother and a father he dubbed a ‘DIY inventor’, Djan tells The Culture Trip it’s no surprise where he gets his drive for invention from. He was only three when he performed his first science experiment for his class, using a stone and water to explain gravity. When he was five, he was competing in science competitions with children older than him. 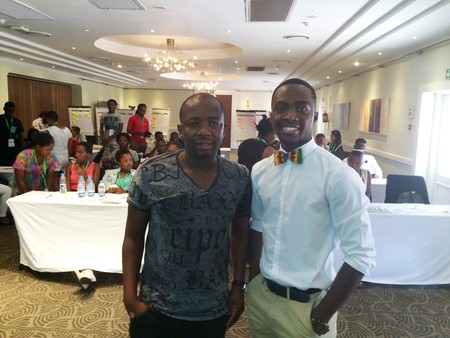 Pumlani Nkontwana, his business mentor, was dedicated to help Djan through his business journey in the last two years │ | © Elijah Djan

The idea for his invention has been developing for more than 10 years. At 11 years-old, he says he would watch his dad burn a pile of unwanted textbooks and a month later he saw a program on television about a shortage of RDP housing in South Africa.

It’s estimated that thousands of tons of recyclable paper in South Africa end up in domestic refuse, rendering it unusable. In a study conducted by the Department of Environmental Affairs, South Africa produced 108 million tons of waste in 2011. And when it comes to housing, estimates suggest that 26% of households in the six metropolitan areas of South Africa live in informal or illegal dwellings with little or no access to services.

The two ideas clicked together in his mind and he set about working on construction material that could address both problems. He says it was partly because of his dad.

“I couldn’t just tell my dad not to burn those books,” Djan says. “He’s a very solution-based person. If I had a problem, I had to provide a solution.”

And thus the idea for Nubrix was born. 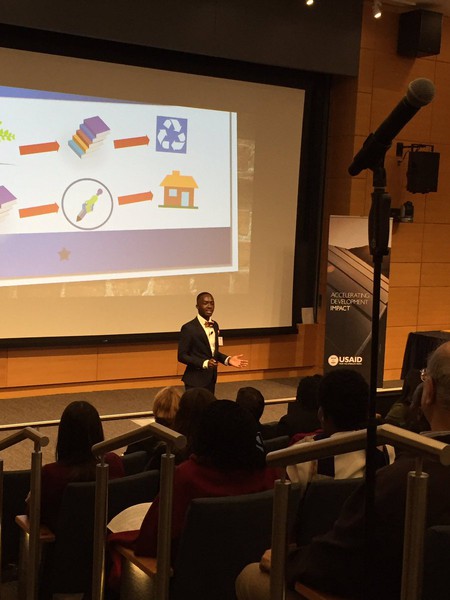 At school, his principal dubbed him the ‘Black Einstein‘ and at 11 he won gold in the Eskom Expo for Young Scientists. Djan has always been interested in science and even astronomy he says, but it was only at 17 that his business acumen kicked in and he thought about how he could turn his invention into a business.

Djan is now a third-year industrial engineering student at the University of Pretoria. His big break came in 2016 when he won first place in the green technology category of the Gauteng Accelerator Programme (GAP) Innovations Competitions in which he won ZAR200 000 (approximately US$15 0000) as seed money for his project. 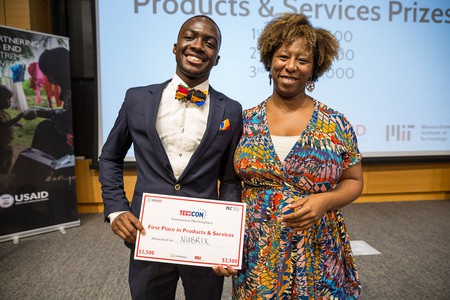 Always expressing gratefulness to God, he says he is grateful that he has not faced many challenges. His main concern now is that he has to get the product into the market. However, his construction material must pass several of South Africa’s regulatory standards which include fire resistance, thermal capability, durability, water penetration and acoustics, before he can take his product to the market.

Djan says he has high hopes for Nubrix and he wants it to be used throughout Africa to help to develop it in a sustainable way. He also plans to use other recyclable waste to create construction material for the future. 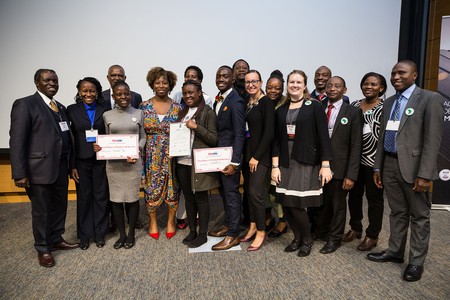 The Resilient African Team | © Elijah Djan
Give us feedback