These South African Musicians Are Breaking Barriers in the Industry 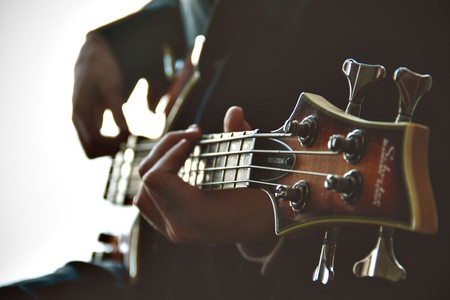 Though South Africa may not be the first place people think about when searching for new music to listen to, several South African musicians are making a name for themselves locally and internationally. From folksy soothers to deep house artists, these musical acts are breaking through barriers in the music industry.

Beatenberg, a Cape Town-based trio, fuses sounds characteristic of both African and conventional pop music to create feel-good tunes that are impossible not to love. The band—made up of singer and guitarist Matthew Field, bassist Ross Dorkin and drummer Robin Brink—really arrived when their hit Pluto was the most played song in the country for no less than 17 weeks. Then came the band’s second album, The Hanging Gardens of Beatenberg. Released in 2014, it earned them three awards at the South African Music Awards in 2015.

South African House DJ Black Coffee has performed on stages all over the world including Sydney, New York, London, and Los Angeles. He recently started hosting his own radio show on Apple Music’s Beats 1. He is, however, no stranger to radio shows as he was featured on Drake’s Beats 1 radio show in 2015 when a club mix of one of his songs was played. Black Coffee also represents South Africa at Hï Ibiza nightclub in Spain where he performs on Saturdays, and his latest track Your Eyes is heard pretty much everywhere in South Africa—from malls to car radios and clubs.

Blues-rock genius Dan Patlansky toured across 10 countries as the support act for Joe Satriani’s European tour, opened for Bruce Springsteen on his South African tour, and has had two albums in the UK iTunes Top 20 Blues Albums chart. He’s also one of only a few Africans to ever receive an endorsement from Fender, who acknowledged his immense talent. In 2014, his album Dear Silence Thieves, was voted the number one Blues Rock Album in the world by Blues Rock Review/USA.

Themba Mbongeni Nkosi, also known as DJ Euphonik, is originally from Mpumalanga and had a love for music from a young age. His father’s taste in music influenced him greatly as he grew up listening to Marvin Gaye, Hugh Masekela, and Stimela. When he was a teenager, he gained an interest in DJing and soon started performing in clubs. Once his music received radio play, it was all uphill from there. Today, DJ Euphonik tours locally and internationally and he’s opened for some of the biggest names in electro music including Swedish House Mafia, Avicii, Skrillex, and Louie Vega.

Jeremy Thomas Hewitt’s first album was released in 2011 under his stage name, Jeremy Loops, and it resulted in him being one of the most recognised names in the South African music industry. His musical career only started after completing a degree in finance and property development at the University of Cape Town. After realising that he’d much rather be travelling the world and playing guitar than working a full-time job, the singer/songwriter has toured internationally and has headlined gigs in the US and Europe. Using a loop pedal, Jeremy Loops creates upbeat rhythms that attract fans from all walks of life.

Lira (born Lerato Molapo) is a Johannesburg-based Afro-soul singer, multiple award winner, and reality show judge. She’s won 11 South African Music Awards and her albums have reached platinum more than once. Lira, together with a few international artists including Alicia Keyes and John Legend, performed in the 2010 FIFA World Cup opening ceremony and her rendition of Miriam Makeba’s Pata Pata really put her on the map. The performance set her apart from other artists and since then, her career has sky rocketed.

Matthew Mole’s exciting combination of folk and electronica is filling airwaves all across the country. His second album, RUN, reached number one on iTunes South Africa, and the single of the same title reached Platinum. The impressive album also received three South African Music Awards nominations. It’s no wonder that Mole will be opening for Bastille on their South African tour in October 2017.

Shekhinah Donnell from Durban is taking local R&B to another level. She started out as a contestant on South Africa’s version of Idols and although she didn’t win the reality show, she’s considered one of the biggest successes to come from it. She collaborated with producer Sketchy Bongo to create the song Let You Know, which debuted in the US and continues to top download charts.