These Controversial Artists Are Shaking Things up in South Africa 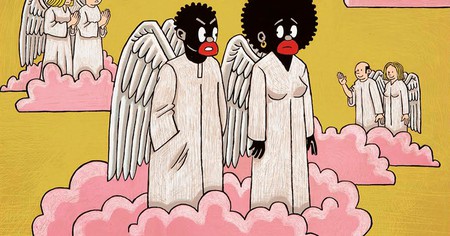 South Africa may just be facing its most politically turbulent time since the advent of democracy. With issues of greed, corruption, political scandals, racism and gender politics making regular headlines, it’s only natural that local artists will look to voice their opinions on these matters. These are some of the most controversial artists who have kept tongues wagging in recent years.

Until recently, South African artist Brett Murray was best known for his complex wall sculptures using metal and mixed materials. The popular artist was always progressive and somewhat controversial, but it was when he put paint to canvas to produce the now famous The Spear painting that he truly became a household name. The Spear depicted South African president Jacob Zuma with his genitals exposed, and the ruling African National Congress (ANC) announced plans to sue the artist. They later withdrew the charges, but made their dislike of the work very clear. Four days after the announcement of the legal case, two men were caught on camera defacing the painting, which further cemented its notoriety in political commentary. 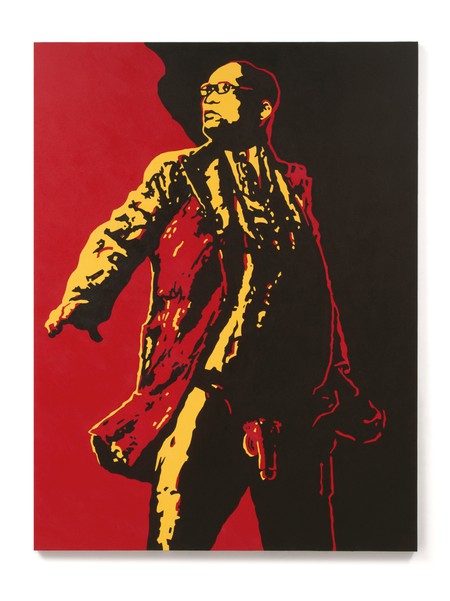 Anton Kannemeyer is a notoriously controversial South African artist who has been pushing the limits on free speech and expression for more than two decades. Also known by the pseudonym Joe Dog, Kannemeyer is the man responsible for Bitterkomix – a progressive comic that challenges stereotypes in a head-on manner. Much of his work deals with Afrikaans and African identity, as well as race relations and the legacy of colonialism. To this end he has appropriated the controversial depictions used in classic Tintin comics by Belgian artist Hergé. Kannemeyer has drawn criticism from both sides of the political fence, but is widely lauded for his uncompromising and outspoken artwork. 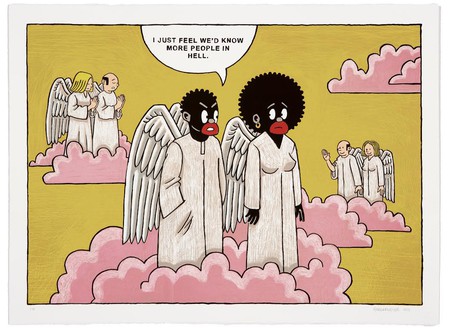 Ayanda Mabulu’s most recent painting, which depicts South African president Jacob Zuma having anal sex with ex-president Nelson Mandela, is perhaps the most controversial artwork to come out of the country since democratic times. The painting received criticism from across the board, primarily for its depiction of a weeping Mandela in a compromising position. The artist further riled critics in an interview with the Mail & Guardian, in which he stated that the painting intends to hold both Zuma and Mandela accountable for the present-day political situation. “As a human being he [Mandela] has his own mistakes. He is not a saint,” he told the newspaper.

This is not the first painting of Mabulu’s to receive nationwide attention. His 2010 artwork Ngcono ihlwempu kunesibhanxa sesityebi (Xhosa for “Better poor than a rich puppet”), depicted several prominent figures naked or in compromising positions. In 2016, he painted Zuma performing oral sex on Atul Gupta, a wealthy Indian-South African business man accused of having a corrupt relationship with the president.

Lady Skollie is an unapologetic artist who’s developed a reputation for her defiant approach towards gender politics. Much of Lady Skollie’s work tackles the complexities of sexuality, and her use of traditional and social media to get her message across has catapulted her into the spotlight on several occasions.

She uses ink, watercolour and crayon to create paintings that are colourful and playful, but laden with symbolism that tackles conservative norms and important issues often ignored in South Africa. It’s this outspoken fearlessness, in the context of a traditionally conservative and patriarchal South Africa, that has established Lady Skollie as an important voice in the country. 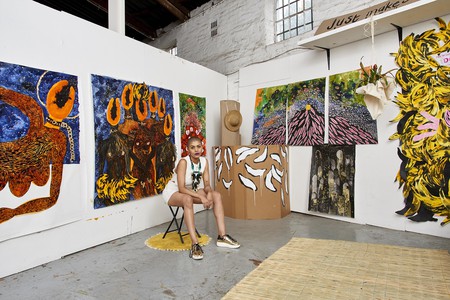 Better known by his pen name Zapiro, Jonathan Shapiro has been at the forefront of South Africa’s political cartoon world for more than 30 years. His artwork has appeared in many of the country’s leading publications. He has never shied away from controversy, and has attracted criticism from both the previous and current government. Several of his recent illustrations have also drawn widespread criticism from the general public, some of whom believe his depictions of black people, such as that of National Prosecuting Authority head Shaun Abrahams, are problematic.

Many of Zapiro’s works deal with the country’s complex political and social issues, including crime, corruption, rape, racism, and religion. His 2008 cartoon, which depicted prominent ANC politicians holding down Lady Justice while the president prepared to rape her, was wildly controversial. 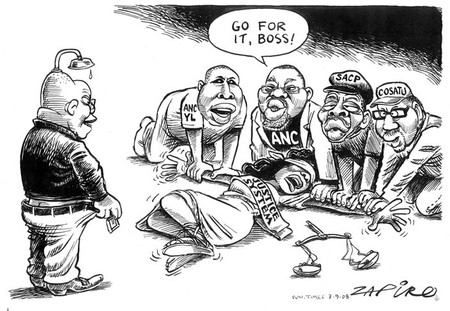 According to Hutton, the work attempts to address the issue of white privilege and systemic violence in the country. The artwork attracted immediate attention, but was catapulted into the public discourse even further when members of a regional separatist party attempted to deface it with a large sticker that read ‘Love Thy Neighbour’.

Hutton is unapologetic about the artwork, and wrote in the Huffington Post in response to the vandalism: “I can’t help but wonder how perfect an example of white privilege it is to spend a large part of your day hating on someone’s body, gender presentation and physicality because you don’t agree with their work.”

The #ArtOfDisruption exhibition was #powerful tonight. #DeanHutton on the hypocrisy of white fear.