These Are the Most Chilling Haunted Places in South Africa 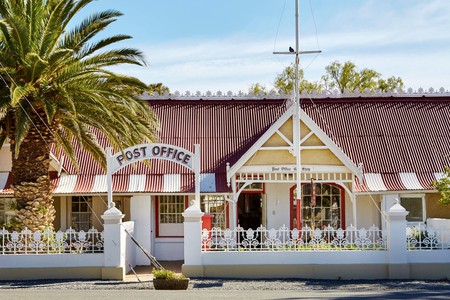 From haunted hotels, castles, and museums to legendary tales from bygone eras, South Africa has no shortage of ghost stories. Here’s a round-up of the most haunted places in the country.

One of the most popular South African ghost stories is that of “Der Fliegende Hollander” (The Flying Dutchman). Legend has it that in 1941 a Dutch trade ship capsized just off the coast of the Cape of Good Hope after succumbing to the grip of a storm. The Flying Dutchman is doomed to sail these stormy seas forever and the tale goes that whoever crosses its path will die an untimely death. 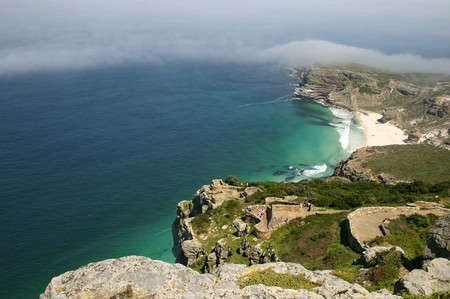 Take the Flying Dutchman Funicular, named after the legendary ghost ship, to the top of the peak | ©dieter55/Pixabay

The mountains of the beautiful Karoo National Park are often covered in a thick blanket of mist, which is the root of this tale. Locals speak of the “waterspook” (water ghost) and legend has it that the spirit covers the mountain so that it can move around without being seen. The temperamental ghost is also said to lure livestock into a deep pool, where they eventually drown. The many unmarked graves in the area add to the eerie atmosphere. 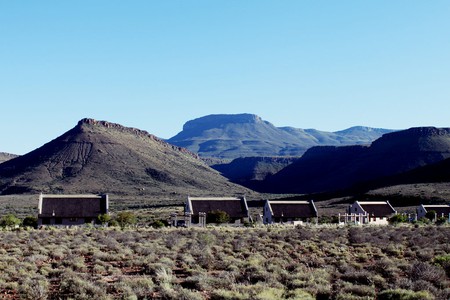 The old town of Matjiesfontein in the Western Cape is famous for its ghost stories; specifically the Lord Milner Hotel and its surrounds. One of the most well-known stories is the tragic tale of Kate, a nurse during the South African War, who passed away mysteriously. Visitors to the hotel have claimed to see her staring from the hotel’s top turrets and hearing the sound of shuffling cards, which she loved to play with her patients, from a room on the second floor, known as “Kate’s Card Room.” 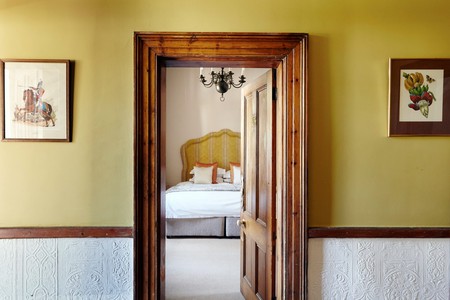 In the past, guests and staff have reported that the spirit of a woman roams the hotel and its grounds. Charlotte, a prostitute who fell in love with a British soldier, was killed after jumping, or falling, to her death from room ten in the Nottingham Road Hotel. Thiorganizeded ghost apparently moves flower arrangements, tidies away clothes and straightens mirrors.

Also known as Smuggler’s Route, the winding road of Seweweekspoort was once the main road used by smugglers, runaways, slaves, and outlaws. In an attempt to fight the criminal use of the road a tollgate was erected and its ruins still remain. Modern-day travelers have reported seeing the ghost of the first toll gate keeper running into the road at night. He’s also known for flagging down motorists and disappearing soon after. 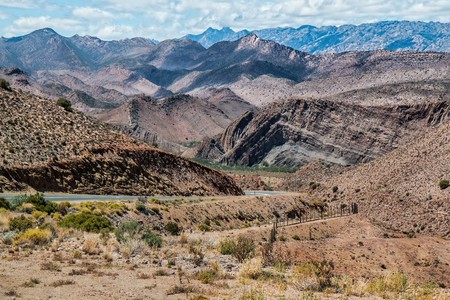 The Seweweekspoort pass was finished in 1862 | © Steve Buissinne / Pixabay

General Jan Smuts, a renowned philosopher, scholar, botanist, statesman, and soldier, lived in this historically preserved house for over 40 years. The story goes that the farm was previously owned by a family who fled during the South African War after burying their valuables, including £30,000 worth of gold, in the yard. Many visitors have reported seeing an old man on the grounds, specifically in one of the bedrooms within the house. Issie Smuts, Jan Smut’s wife, often spoke about the ghost and his presence in their house.

The Castle of Good Hope is one of the country’s oldest buildings and is notorious for being haunted. It is said that the spirit of Lady Anne Barnard, a travel writer, artist, and socialite, often makes an appearance in the ballroom of the Castle. There’s also tales of a black hound that leaps at you before disappearing, as well as the lost souls of those dragged down into the “Donker Gat” (dark hole), a windowless dungeon where many were imprisoned and tortured. 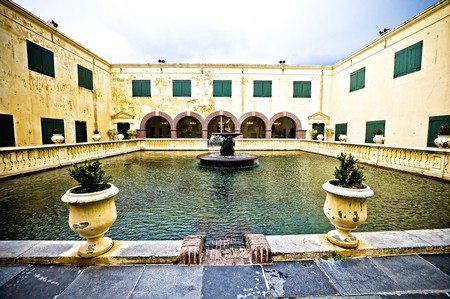 The ghost of Uniondale is one of the most notorious in South Africa and hers is a tragic tale about the sudden death of two lovers. Allegedly, in the late 60s, Maria Roux and her fiancé were driving just outside the town when their car crashed. Neither of them survived and Maria is said to walk the road at night asking for a lift back into town, and vanishing after getting into unsuspecting motorist’s cars. Rumor has it that Maria and her fiancé were on their way to break the news of their engagement to her parents.