These are Durban's Emerging Street Artists You Should Know About 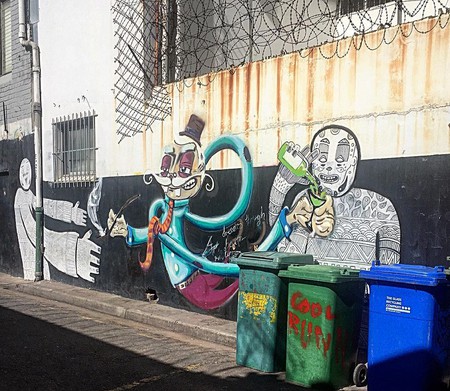 Originally associated with local gangs, street art has recently found new life in redevelopment projects across different Durban neighbourhoods. It’s forming part of the urban aesthetic of this changing city, and giving voice to young locals who have something to say. We look at some up-and-coming street artists on the east coast of South Africa who are using art to tell their stories on the streets.

Possibly one of the better known artists in Durban, Louis de Villiers also known as Skullboy currently works out of New York. A Durban-born graphic designer, he’s an artist, illustrator and curator. Angela Shaw, the curator at Durban’s KZNSA gallery calls him ‘one of the most exciting street artists out of Durban.’ He says he knew from a young age that he wanted to do something creative, and eventually opted for graphic design. He’s wrestled with calling himself a designer or artist, until he saying in an interview with 10and5 that he realised, ‘at the end of the day I’m a hard worker who makes not design, not art but WORK’. 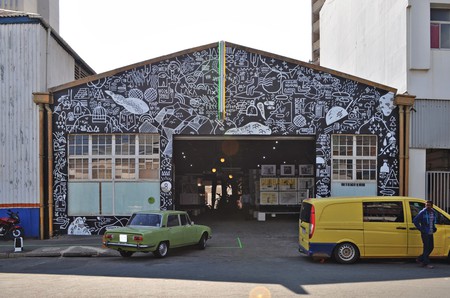 He works almost exclusively in black and white (and sometimes gold or grey), and one of his most iconic pieces of work can be seen at the redeveloped 8 Morrison Street in Durban. He says the bulk of his work deals with the human condition, vices, Sunday morning guilt and ‘other things our parents don’t usually talk about.’ Often gritty and monochromatic, his pieces draw on religion, sex, drugs and rock ‘n roll to uncover social and political truths. When asked how Durban influenced his work, he says that it taught him drive. The Durban scene might be growing and developing, but if you want something to happen, you have to make it happen on your own. He’s held a number of solo exhibitions and exhibited his work in the USA, Germany and around South Africa. 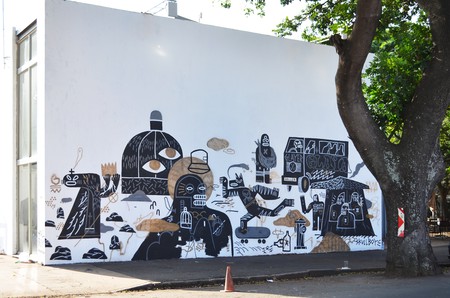 Sakhile Mholongo is a contemporary painter who looks at, and challenges, stereotypical views of African men and women as being aggressive and submissive. Known for his large scale realistic portraits, this Durbanite is currently completing his fine art degree at Durban University of Technology, and has worked in a number of street mural collaborations including a set of portraits at Rivertown Precinct. 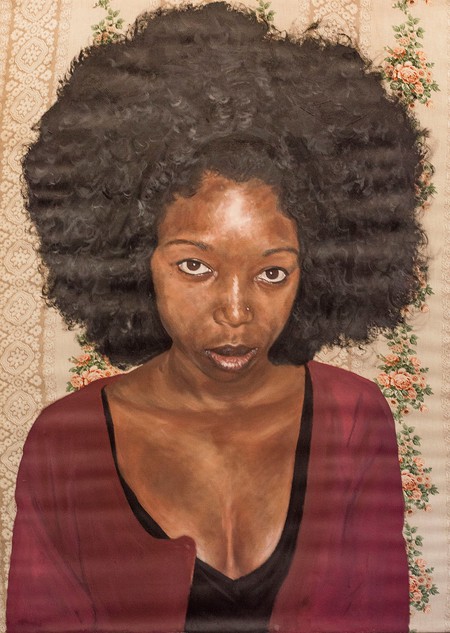 Portrait of a girl | © Sakhile Mhlongo

He also works on found fabrics as a canvas and has participated in a number of exhibitions around Durban. He is influenced by artists Kehinde Wiley (USA) and Mustafa Maluka (South Africa). 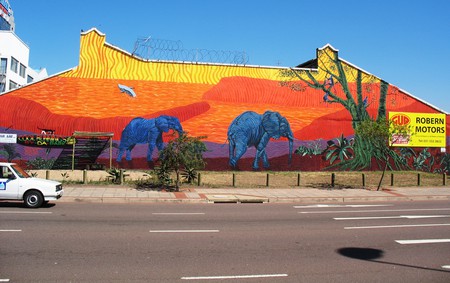 Currently investigating street art and mural art as visual activism in Durban for a Masters in Fine Art at the Durban University of Technology, Mook Lion says he doesn’t know what else he would be doing if he weren’t producing art. He also says he wants his art to do something, to be functional, not just sit in a gallery. He has been involved with graffiti for the past eleven years and he works collaboratively with experienced artists and community members. 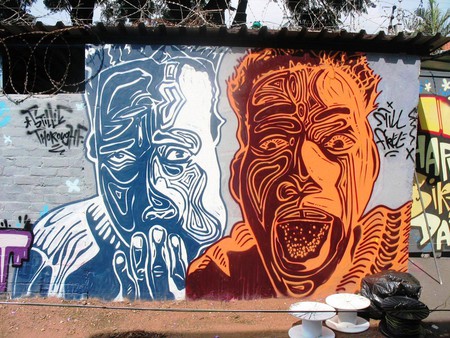 Inspired by the positive effects of street art in London, Berlin, Dresden and Stockholm, he says he wants to create art which has a positive impact on society by beautifying or repurposing wasted space, and communicating with the public around social injustices and the beauty and importance of nature. With this in mind he has been installing elephant images throughout Durban to protest the disruption of public art when acclaimed Durban artist, Andries Botha, was halted from completing his sculptural elephant project because the governing ANC party saw the representation of elephants (an emblem of another political party) as a threat. After much protest, the project was eventually given the go-ahead, which Mook Lion says marks a small victory freedom of expression within Durban’s public space. Speaking about the way he expresses himself, Mook Lion tells Culture Trip, ‘I try to make my work socially functional and valuable, through the content of the imagery, the collaborative and participatory process and the accessibility of the work in the city of Durban’. 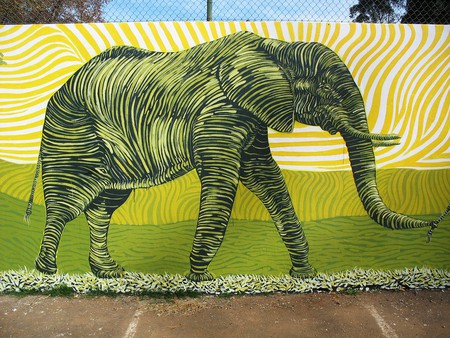 Young Dave is a street artist based in Durban who enjoys a platform on the streets because it reaches an audience that might not engage with art in their day to day activities. He’s a big fan of graffiti because he says it is an act of free will in a society ruled by fear and money. He says street art is reclaiming public spaces for the public. Speaking to Culture Trip, Young Dave says he sees the power of public art. ‘I have done a fair bit of travelling and the vast majority of underprivileged communities are the greatest fans of graffiti and street art. It brings colour to people’s existence and gives them the opportunity to engage with art. I feel it is an important part of our ever-developing world.’ 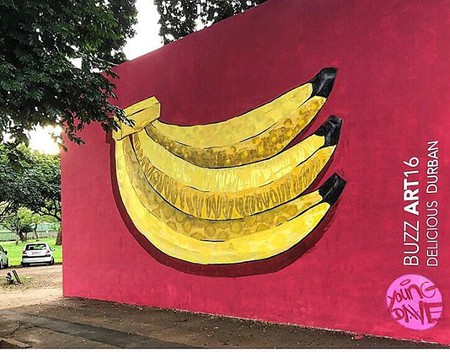 He also says Durban has an abundance of talented individuals, but seems stunted by apathy, and it is the fear of falling into apathy that drives him to be active and do things. Without proper graffiti supplies in Durban, he says that local creatives must work with whatever they can find, but this has created interesting solutions and new ways of understanding art. He says that the Durban landscape is changing, with laws becoming more lax and discussions opening up for the role of street art in making Durban more beautiful. 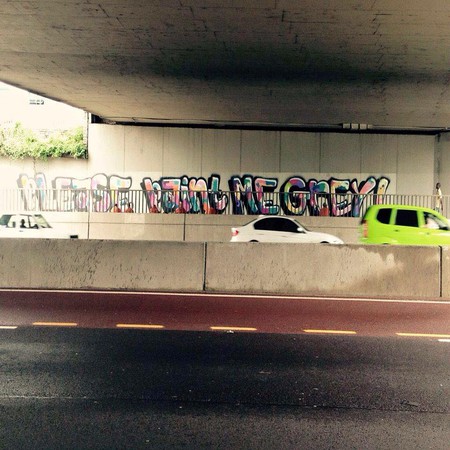 Street art below a bridge by Young Dave | © Young Dave

Giffy is a 23 year old self-taught street artist from Durban. He started painting graffiti in high school where he became obsessed with painting, and found a love for the arts in 2010. He has a particular interest in nature, and hopes to inspire appreciation for the natural world through his work. He has used his talents to beautify walls of NPOs and NGOs in Durban and he has painted murals in the UK, Europe and Turkey. 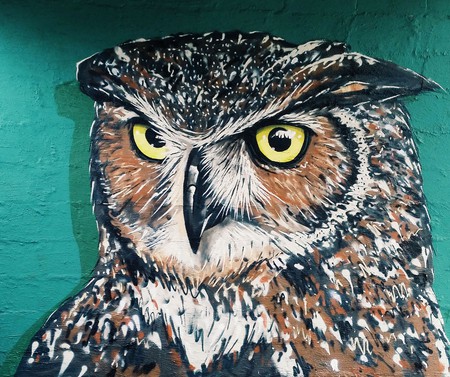 An owl on SPCA's wall in Durban | © Gifford Duminy 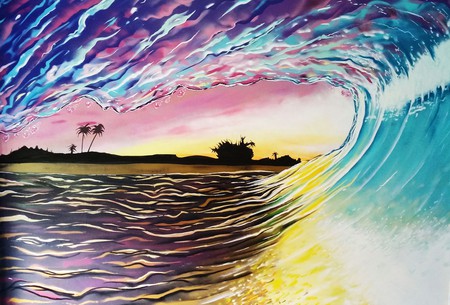 A Durban shoreline sunset | © Gifford Duminy
Give us feedback