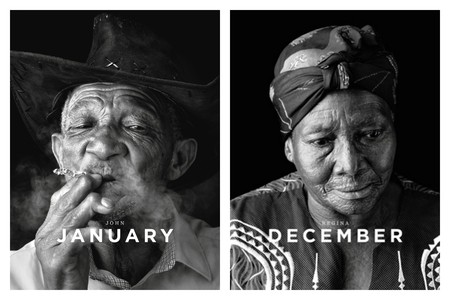 While millions of enslaved Africans were shipped to the Americas during the Trans-Atlantic slave trade, another slave port was thriving at the tip of Africa. Between 1653 and 1856, 71,000 slaves were captured in South East Asia and brought to Cape Town by the Vereenigde Oost-Indische Compagnie (VOC) or Dutch East India Company. Many were sold to colonial homes and farmers, while the rest were retained by the VOC and housed in a slave lodge on the periphery of the Company’s Garden.

After the Dutch East India Company established a refreshment station for European ships en route to the east in 1652, there was a need for cheap and subservient labor in the growing colony. Since the VOC had failed to control the Khoisan people, who refused to be subjugated, the easiest solution was to import slaves.

While the majority of America’s slaves came from West Africa, South Africa’s slaves were mainly from India, Indonesia, East Africa, Mauritius and Madagascar. 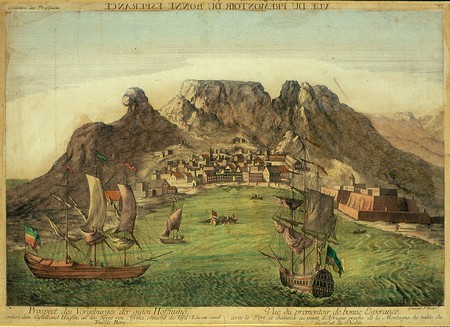 A colonial painting of the Cape of Good Hope c. 1780 | © Iziko Museums of South Africa

The History of the Slave Lodge

When the slaves landed at the Cape of Good Hope, they were stripped of everything including their identities, and were either renamed after the calendar month in which they arrived or the country from which they came.

The first slaves owned by the VOC were housed in various buildings including the Castle of Good Hope, until the Slave Lodge was completed in 1679.

As the decades passed, the growing city’s economy depended heavily on the work of slaves. Those who were not auctioned off were used for a variety of duties, such as toiling the company’s vegetable gardens, working in warehouses and building construction. Privately owned slaves were mainly used for domestic labor, or for manual labor on wine and grain farms in the Cape colony. Many slaves also became skilled artisans. 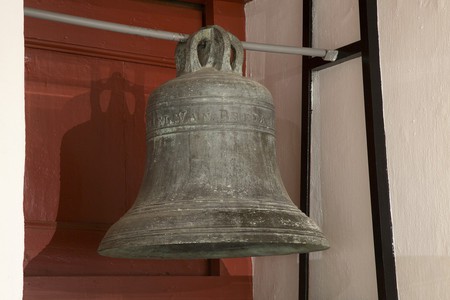 A slave bell that belonged to the Van Breda family who occupied the Oranjezicht Estate from 1731 - 1901 | © Iziko Museums of South Africa, Social History Collections

The VOC’s slaves lived in appalling conditions in comparison to private slaves. At night, they were kept under lock and key in the Slave Lodge to prevent them from absconding. The lodge had no windows, only barred slats in the walls, and so the interior was always dark. Leaks in the roof caused perpetual dampness and poor air circulation led to a permanent stench in the building.

Winter was the harshest time for the slaves. Long working hours meant they never had time to properly wash and clean their belongings and their bedding never dried properly in the cold weather. Unsurprisingly, these unhygienic living conditions caused high death rates at the lodge. 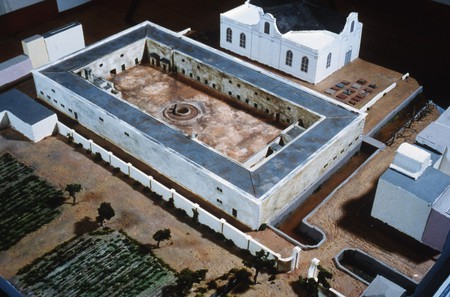 A model of the Slave Lodge at the end of the 18th century by Peter Laponder (1999) | © Iziko Museums of South Africa, Social History Collections

Although there were few uprisings, many slaves tried to run away. The VOC and burghers went to great lengths to recapture their ‘property’, meting out harsh and often barbaric punishments on slaves that were caught.

All slave children were baptized as Christians, regardless of what religion their parents were. They attended school at the lodge where they were taught about Christianity and to read and write in Dutch. Adults also received religious instruction.

In the evenings, the lodge operated as a brothel welcoming free men inside. However, not all relationships between slave women and free men were of a transactional nature. There were many mixed-race relationships outside the lodge that led to marriage and freedom for the women. In this way, they could also buy the freedom of their children. 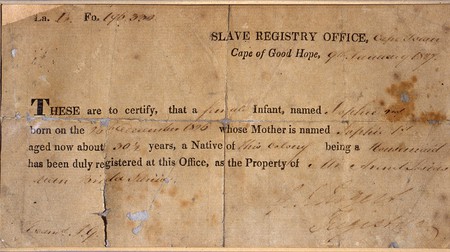 It is estimated that between 7000 and 9000 slaves, including men, women, and children, lived in the Slave Lodge over a period of 132 years. Aside from slaves, the lodge also housed petty convicts, the mentally ill and political exiles.

When slavery was finally abolished by the British in 1834, South Africa’s slaves were some of the last to be freed in the British Empire. A four-year transition period followed the Abolition Act, during which time former slaves had to learn trades.

The Slave Lodge operated until 1811, when it was transformed into government offices by the British colonial authorities. Later, the lodge served as a Supreme Court and the SA Cultural History Museum before it was renamed the Iziko Slave Lodge Museum in 1998.

My Naam is Februarie: Identities Rooted in Slavery

My Naam is Februarie (My name is February), is the name of a poignant exhibition currently on display at the Slave Lodge. It aims to memorialize the forgotten history of the South African slave trade via an exhibition and a limited edition calendar produced for Iziko Museums by Geometry Global.

Many of Cape Town’s slave descendants are unaware of the origin of their names, and so the exhibition was launched to highlight this important aspect of the city’s past.

Just like North and South America, a large part of South Africa’s cultural diversity is attributed to its history of slavery.

Two centuries later, the Slave Lodge is no longer a place of pain and misery. It is now an educational center that helps to keep the memory of South Africa’s slaves alive. 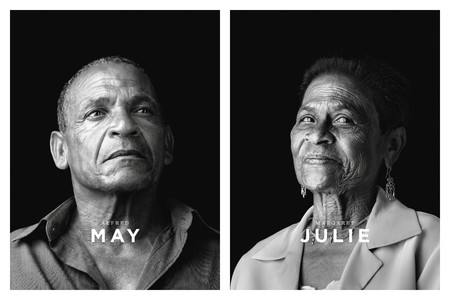