The Ultimate Backpacking Guide to the Wild Coast 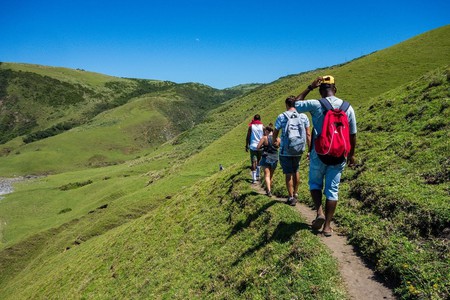 Laid-back, peaceful, and magnificent, the Wild Coast is rural South Africa at its best, where scenic seaside villages cradle footprint-free beaches and an awesome rugged coastline. The area is a backpacker’s paradise and is ideal for whimsical, spontaneous exploration, where the road less travelled can sometimes turn out to be the most rewarding.

Leave your worries and urban reality locked away in a box at home: the Wild Coast is a place for untamed abandon and free-spirited thought, where normal gets chucked out the window and told to take a hike. To experience the essence of the region, it’s best to go with the flow and, just like rowing a boat, you’re not going to get anywhere if you’re rowing against the tide.

The area attracts an eclectic assortment of personalities and some highly interesting characters who can debate theories on the spatial dimensions of quantum physics just as easily as they can challenge you to a beer drinking competition and win hands down. 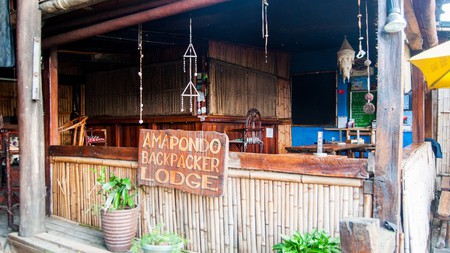 On the other side of the coin there are the locals, who by and large are traditional Xhosa pastoralists living peacefully off the bounty of the land, herding goats and chickens across the grassy hills and between colourful homesteads.

Don’t plan too far ahead

Once you’ve arrived in the Wild Coast, it’s quite likely that your planned itinerary will change, so don’t bother with the details. An epic summer day could leave you lingering at the beach until well after sundown, while a good party the night before could ground you for a morning. Friendly locals may also change your plans, often offering impromptu ‘tours’ to special locations. 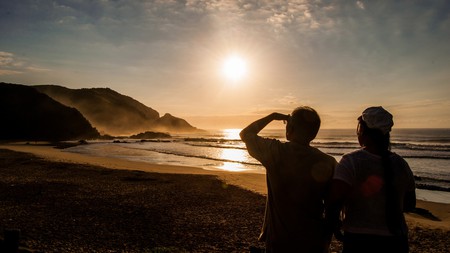 Your GPS will lie to you

Many roads in the Wild Coast don’t exist on Google Maps, so this is one instance where technology is going to let you down. Prepare for this by always adding at least an extra hour to your travel time, and if you get lost, don’t panic. Although the region is rural and scarcely populated, friendly locals always seem to appear at just the right time.

Always have some cash handy

ATMs are few and far between along the Wild Coast, so make sure you always have a back-up stash. This could be used for anything from buying refreshments at an informal stall to purchasing trinkets and mementos along the way. The aforementioned impromptu tour guides also ask for cash payment. While credit cards can be used at accommodation establishments and to refuel, they won’t get you much further than that.

By and large, the Wild Coast is a safe location, but do be alert when on the roads. While the main highway is in pretty good nick, secondary roads can be dangerous, with potholes, river crossings, and sharp turns. Any decent accommodation establishment should advise you on whether a 4×4 is needed to get to your bed, and a good old road map might come in handy, too. 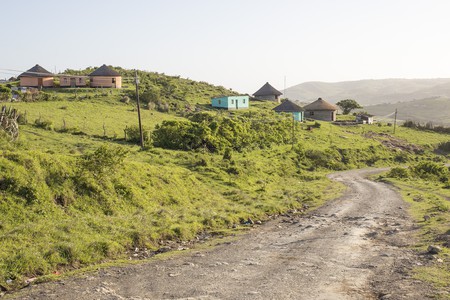 Informal tour guides are a dime a dozen, but any payment should be negotiated upfront to avoid arguments later. Don’t flash your cash around, as petty crime does occur, and lock up your valuables before going out.

While solo traveling is fine, most prefer to move with a group. This has more to do with the fear of getting lost in the wilderness than becoming a victim of crime, though, and your biggest cause for concern along the Wild Coast should be the ocean. The sea is treacherous in places, so only swim where you know it is safe to do so.

Seafood is one of the specialties of the Wild Coast and is easy to find. While restaurants will cover most of the options, you might want to try something different and catch your own. Ghillies (fishing guides) will show you the best spots and even bait your hook, but if you’re too lazy for that, then buy some straight off the beach. Locals often wander about with buckets of crayfish that can be bought for very little, but always make sure the seafood is fresh before making a purchase. Braai (barbecue) it yourself over hot coals or ask the chef at your accommodation establishment to prepare it for you.

As far as accommodation goes, the Wild Coast is very laid-back, with backpacking hostels famed for their fun, relaxed vibe. Unpretentious yet clean and offering gobsmacking views, these are usually the preferred choices for travelers. There are, of course, also a handful of luxury establishments that provide river cruises, all your meals, health spas, and more. 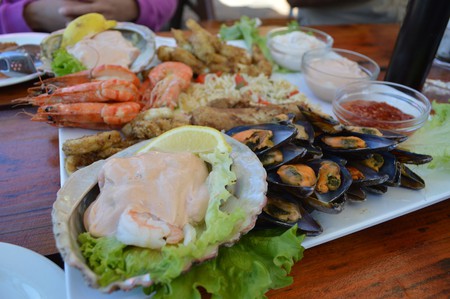 It’s really easy to make new friends in the Wild Coast, and while you are there you may acquire a gang of faithful followers. These are usually local kids who like to charm tourists and ask for money or sweets in return. Some may be a nuisance, but others can be fountains of knowledge, so pick your new buddies wisely. Backpacking hostels are also fun and happening, so you’ll never be short of interesting company.

Although the rand is the official currency in South Africa, in the Wild Coast you can also get quite far using the barter system. This traditional and age-old way of trading relies on the exchange of goods or services without forking out any hard cash. This sometimes works well with local guides, and many villagers appear a lot more helpful when a T-shirt is on offer. Know your customers, though, as bartering is not always an option. 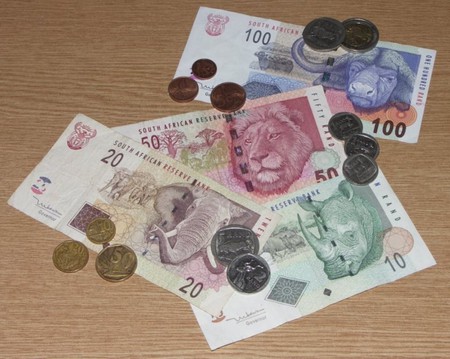 Haggling is often accepted at informal sales points along the road, but hide your cash if you’re trying to get the price down. Waving a wad of cash around is only going to make things more expensive.

A meal will set you back US$2–$10, with the lower end covering light meals such as sandwiches and the higher end more fulling meals such as fish and chips or a steak.

A night at a backpacker hostel will cost between US$15 and US$50 for a room that sleeps two people.

Transport-wise, it will cost you US$2–US$4 to get around a village, or to a nearby one.

Most beaches and walking and hiking trails are free.

Morgan’s Bay: Morgan’s Bay is a good place for any backpacker to begin their Wild Coast adventure, as it’s pretty and quaint and will give you good taste of what is to come. It also offers a few urban touches and last-minute essentials such as extra socks or the toothbrush you forgot to bring. While you are there, take a swim in the lagoon, as this is one of the few safe places to go for a dip.

Coffee Bay: This alternative village is the Wild Coast’s most popular backpacking destination and attracts visitors from all over the world. It’s a place to zone out and have useless yet fascinating debates about the meaning of life, where the days are always groovy baby, and nights wander into realms of hedonistic pleasure. 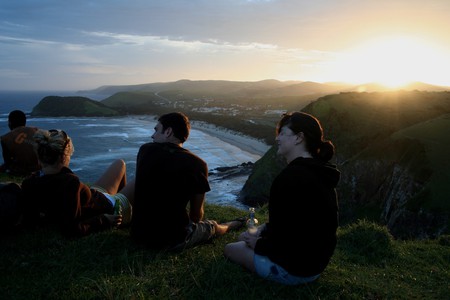 Mazeppa Bay: Small yet beautiful, Mazeppa Bay is a friendly fishing hamlet that is quite happy living in the slow lane. Palm trees sway in the breeze and gorgeous beaches call for soulful strolls, while the marine-rich ocean makes this a favourite angling spot. Its old-world charm is hard to ignore and may tempt you to linger.

Qolora Mouth: Lying on the edge of the Wild Coast, the Qolora River mouth could pass for a forgotten village where the days roll by in blissful peace. Its picturesque attraction lies largely in its serenity, while a lagoon offers swimming, canoeing, and other water-related activities. Common spectators to these water sports are herds of cattle that mill around the lagoon, chewing on grass.

Experience the beauty of the Hole in the Wall: The most famous landmark along the Wild Coast is literally a hole carved out of coastal rock and sheltering a small bay. Stunningly scenic, it requires a bit of a walk to get there, but the effort is well worth it. Make sure you get some awesome images of this unique, natural feature.

Walk to the Gap and Blow Hole: Located near Second Beach in Port St Johns, the blow hole is a narrow gully which ends in a natural chimney-like hole that spews up water when the sea is rough. The spray can be seen up to 65 feet (20 meters) in the air, but don’t get to close, as a few careless visitors have been sucked into the hole, never to be seen again.

Check out impressive waterfalls: A number of gorgeous waterfalls tumble down the rock ledges of the Wild Coast, but two that are really worth checking out are the Magwa Falls and Waterfall Bluff. The former takes an enormous plunge off a flat-topped cliff, while the latter is one of only 19 waterfalls in the world that tumble directly into the ocean.