The Top Literary Landmarks To Visit In South Africa 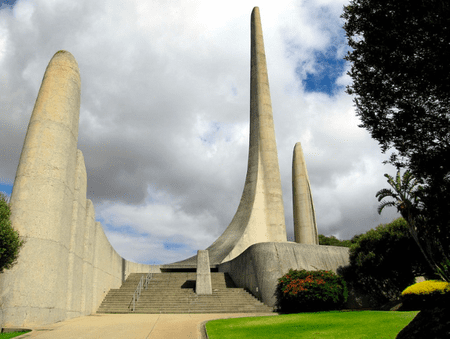 As a multi-ethnic country with 11 official languages, South Africa has produced a number of literary stalwarts from all walks of life. As a result there is a plethora of places dedicated to the written word. Here are South Africa’s greatest literary landmarks to visit.

The National Library of South Africa, Cape Town and Pretoria

A reference only library, its collections contain a wealth of information, including rare manuscripts, South African books, periodicals, government publications, official foreign publications, maps, technical reports, Africana and newspapers. Many of these are available on CD or microfilm, in digital format or online. The Pretoria campus is housed in a state-of-the-art building, and offers free internet access, the digitization of the library’s collections and those of other institutions, and a de-acidification plant, the only one of its kind in Africa. 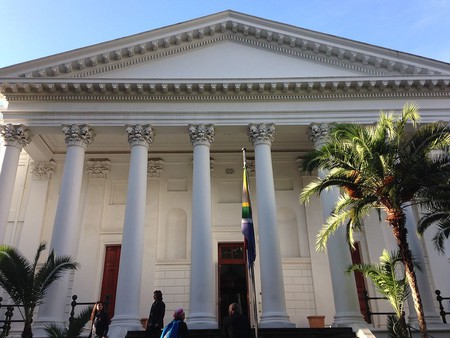 Center for the Book, Cape Town 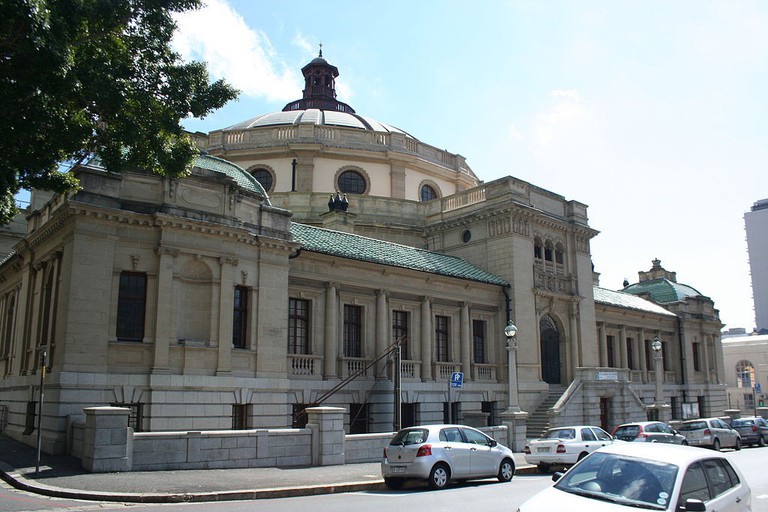 Center for the Book, Cape Town | ©Discott/WikiCommons
The Center for the Book is an outreach unit of the National Library of South Africa, housed in a beautiful Edwardian building adjacent to the Company’s Garden. Its mission is to promote a culture of reading, writing and publishing in local languages and provide a wide range of books for renting. The Center coordinates book related activities nationally, such as book discussions, poetry readings, book launches, writing workshops and conferences. One of its studios have been converted into the Children’s Reading Center, which provides opportunities to children from 0-7 years to read, write their own stories and be entertained by storytellers. The Center also donates books and posters to schools, libraries, art centers and organisations involved in reading promotion.
Open In Google Maps
62 Queen Victoria Street, Cape Town City Centre Cape Town, Western Cape, 8001, South Africa
+27214232669
Visit Website
Give us feedback 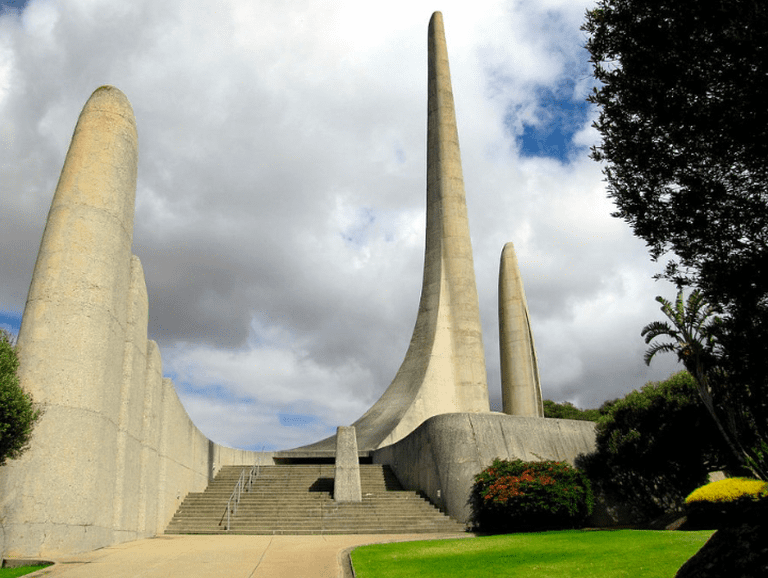 The Afrikaans Language Monument
The Central Library is situated in the old Drill Hall next to the Cape Town City Hall and opposite the Grand Parade. Established in 1954, the Central Library was originally housed in the City Hall and was moved to the upgraded Drill Hall in 2008. This was made possible by a $2 million grant awarded by the Carnegie Corporation to the City of Cape Town in 2004. Today the Central Library is a place of learning, enrichment and a hive of cultural activity. One of 102 libraries in Cape Town, it is the only library that stocks books in all 11 official languages. The library offers large collection of books, CDs, DVDs, audiobooks, newspapers, magazines, a computer area with free internet access and Wi-Fi, study areas, and specialized art and music libraries. There’s also a large children’s library that offers a variety of activities and workshops.
Open In Google Maps
1 Parade Street, Cape Town City Centre Cape Town, Western Cape, 8000, South Africa
+27214440209
Visit Website
Give us feedback

Located roughly 60 km outside of Cape Town, this spiky monument commemorates the creation of the Afrikaans language. It was erected on the 100th anniversary of the founding of Genootskap van Regte Afrikaners (the Society of Real Afrikaners) who helped make the Afrikaans an official language of South Africa.

The Nelson Mandela Center of Memory was founded in 2004 as a publicly accessible archive and center to celebrate the life and times of Madiba and promote his legacy through exhibitions and dialogue. The center — which is located at Mandela’s post-presidential office in Houghton — houses exhibitions that outline his life as a political activist, complemented by many personal artifacts such as letters from prison, personal photographs, books he received from famous writers, and his Nobel Peace Prize. The center includes a recreation of Mandela’s prison cell on Robben Island and visitors are able to walk around the office where Mandela worked from 2002 to 2010. The center’s digital archive project is tasked with locating, documenting, digitizing and providing access to all archival materials related to Mandela. 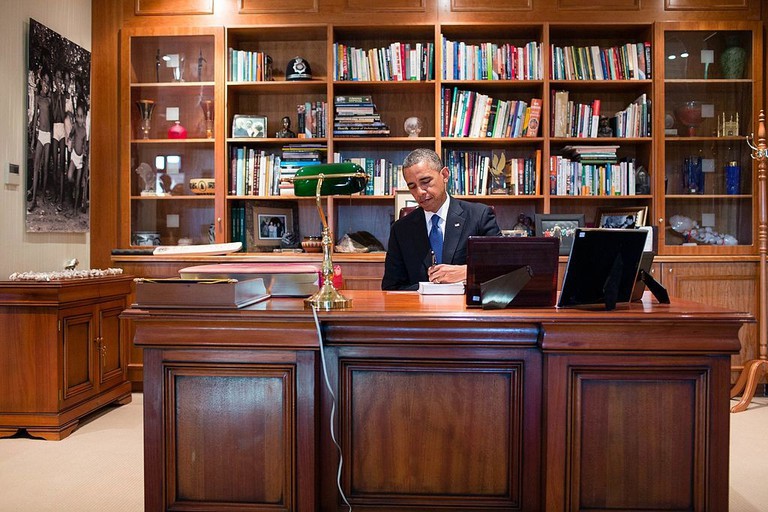 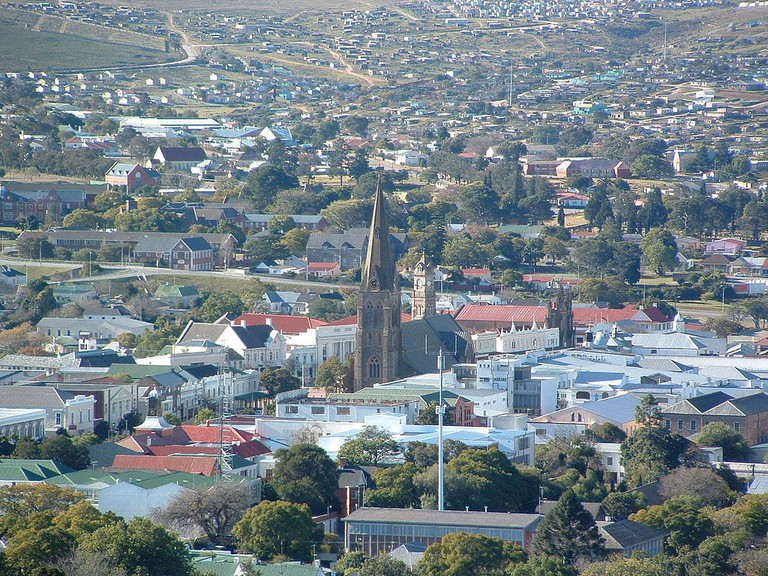 Grahamstown, South Africa | © Tim Giddings/WikiCommons
The National English Literature Museum is one of South Africa’s foremost literary treasures. Tucked away in the university town of Grahamstown in the Eastern Cape, the museum is dedicated to the preservation of English literature by southern African authors. All genres of creative writing are collected, including novels, short stories, plays, essays, poetry, theater, television and film scripts, autobiographies, travel, letters, memoirs and diaries. The museum started in 1972 as a collection of documents gathered by the head of the English Department of Rhodes University, and has since grown into a national resource funded by the South African government.
Open In Google Maps
25a Worcester Street, Grahamstown Grahamstown, Eastern Cape, 6139, South Africa
+27466227042
Visit Website
Give us feedback

The KwaZulu-Natal Literary Tour celebrates the province’s diverse literary heritage. With a choice of eight literary trails, tourists have the opportunity to connect with their favorite authors from the area, such as Alan Paton, Fatima Meer and Lewis Nkosi, to name a few, by visiting the places that inspired their writings. The KZN Literary Tourism project was established in 2002 and provides trained literary guides and detailed maps to avid readers who wish to embark on the trails around the cities of Durban and Pietermaritzburg. Over 100 writers are linked to the project, all of whom were either born in KZN or have written about the province and places within it. The literary trails are a fascinating alternative to regular tourism and provide a unique experience to those interested in South African literature.