The South African Comedians Who Are Causing a Stir 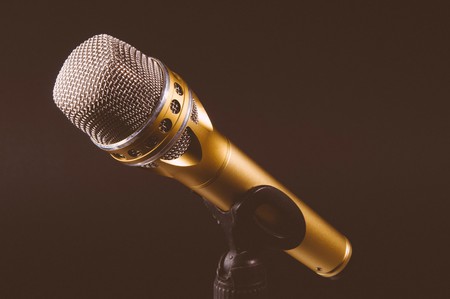 Comedians have the freedom to comment on sensitive topics and in South Africa, there’s no shortage of material. From race to politics and religion, these comedians are causing a stir.

In 2009 Anne won a stand-up comedy competition “So you think you’re funny,” which kick-started her successful career as comedian and television host. She entered the homes of South Africans when she co-hosted The Great South African Bake Off and when she’s not performing on big stages she’s hosting her own celebrity interview talk-show (aptly called The Anne Hirsch Show) in which she discusses topical issues. She’s made such an impact on the world of comedy that she’s been included in the Mail & Guardian’s list of Top 200 Young South Africans.

Ventriloquist Conrad Koch is the man behind Chester Missing, a puppet who comments on pretty much every political happening in South Africa. Through Chester, Conrad has interviewed many South African politicians and has performed at big local and international comedy events. He might be an inanimate object but Chester is breaking ground, as he’s received the Ahmed Kathrada Foundation’s Anti-Racism Award and is one of the most recognized comedians in the country.

Loyiso Gola is a successful comedian and every now and then he’s in the crossfire for stepping on someone’s toes. He’s often described as arrogant because he doesn’t hold back when he has something to say, and he’s no stranger to being hassled on social media by offended followers. Nevertheless, Gola’s career has been going strong for over a decade, and he’s been praised by the Wall Street Journal and nominated for an Emmy.

Marc Lottering is known for his range of hilarious characters (from housewife Aunty Merle to the flashy Pastor Brandon) and of course for his hair. Marc has been in the industry for years and is well-known among South Africans—he’s also notoriously politically incorrect. Marc grew up in the Cape Flats in Cape Town and has been in the comedy industry for over 16 years, performing both locally and internationally.

Rabinowitz, a Jewish Capetonian who speaks Xhosa, won Stand Up of the Year at the SA Comedy Awards in 2008 and has performed on international stages the world over. Rabinowitz was also cast to voice one of the springboks in the hit South African animation Khumba and is a regular on BBC Two’s Mock the Week.

Tats Nkonzo often plays his guitar while telling jokes and has teamed up with above mentioned Nik Rabinowitz to create a satirical comedy set all about South African stereotypes. The duo cleverly covers some of the most sensitive subjects in the country (such as race and politics) and forces the audience to really think about the realities they’re faced with every day. They do all of this while at the same time entertaining a large crowd who is always left wanting more.

Trevor Noah has gained major international recognition since becoming host of the news satire program, The Daily Show, and what started as a small, part-time career has grown into a massive international brand. Noah’s earlier shows covered growing up during apartheid in South Africa as well as hilarious impersonations of controversial politicians (including President Jacob Zuma, who is the butt of many of Noah’s jokes).