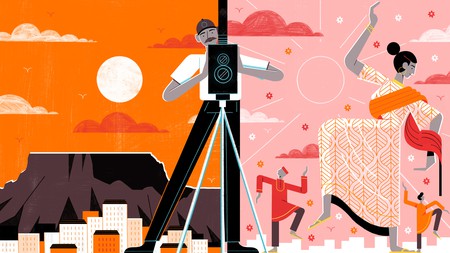 Indian films in South Africa are today considered as much a part of the mainstream as big Hollywood blockbusters and high-profile home-made features. Not so long ago, however, Bollywood cinema was almost impossible to watch here legally. From the mid-20th-century golden age Bollywood boom to the apartheid-era collapse of the industry and back again, here’s how the biggest film industry in the world found a second home in South Africa.

At its lowest point in the 1980s, Avalon Group’s cinema empire was reduced to one outpost in Durban, home to one of the world’s largest Indian-descent populations outside India. Today, Avalon – run by the grandson of AB Moosa, who founded the company 80 years ago – has established itself across numerous South African locations and now stands as a proud symbol of the popularity of Bollywood in South Africa.

AB Moosa Sr was the first to screen an Indian film in a theatre – an industry subsequently known as Bollywood – in South Africa. His son, who passed away in 2018, was known as Mr Bollywood and was a major pioneer in Indian cinema, according to film critic and family friend Fakir Hassen. 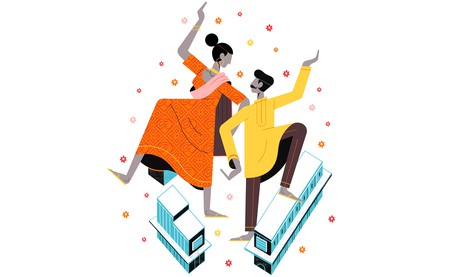 From the 1950s up until the late ’70s, packed cinemas were playing a number of Indian films to a wider audience. These cinemas often had grand names, such as the 2,400-seater Shah Jahan, which stood in Durban’s Central Business District; going to them was an event. Families would dress in their finest outfits to catch a glimpse of screen stars such as Dilip Kumar, Dev Anand and Meena Kumari. Shah Jahan cinema, which screened both Hollywood and Bollywood features, had the distinction of once being the biggest cinema in the southern hemisphere.

The once-popular Casbah district in Durban’s Grey Street complex, known as one of the main hubs for Indian residents in the city, also had a number of cinemas that screened Bollywood films.

Things changed drastically in the 1980s, and the downturn was down to two key things. Apartheid-era policies across South Africa saw a segregation of the population along racial lines, and as a result India (along with many other countries) introduced a boycott of South Africa that severely affected imports and exports. The policies covered all aspects of everyday life, including censorship and restrictions on who could watch certain films, as well as wider controls on who could attend cinemas.

At the same time, the market was flooded with bootleg VHS versions of popular films. The impact of these cheap, readily available films on video was immediate, with film lovers choosing to watch new releases at home if they could afford the VHS players, or finding communal spots to gather illegally and enjoy movies that they were otherwise banned from watching. The wide ownership of televisions had hit cinema attendances, too, but Bollywood audiences weren’t unduly impacted, as Indian films were yet to be broadcast into homes. 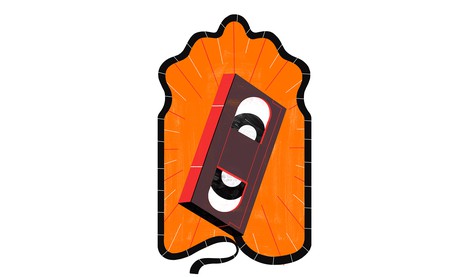 As South Africa slowly emerged from one of its darkest political periods from 1990 onwards, so restrictions on the film industry were also slowly lifted. Sadly, for many of the cinemas that once entertained thousands of people, it was too late. Indeed, the impact was so great that distributors were hesitant to screen Bollywood films at all, and the lull continued for most of the decade, even though censorship had ended.

In 1998, independent cinema chain Ster-Kinekor screened Kuch Kuch Hota Hai. This romantic comedy drama featured Shah Rukh Khan, who was on his way to becoming one of the biggest film stars in the world. The film was a huge hit, raking in more at the box office in South Africa than many Hollywood films screened that year. The trend continued with Oscar nominee Lagaan in 2002, a year in which a dedicated Bollywood film festival also toured Cape Town, Johannesburg and Durban.

Local broadcasters have also capitalised on the returning interest in Bollywood, and have screened Indian films on TV since the early 2000s. The renewed interest in their industry in South Africa has not gone unnoticed in Mumbai, either. Dozens of Bollywood films have been shot in Cape Town in recent years, with a few productions making their way to Durban; the city stood in for Mumbai and Rio in 2006’s Dhoom 2.

The appetite for Bollywood films on the big screen in South Africa continues to grow, and AB Moosa Jr, the son of Mr Bollywood, is continuing to open new cinema locations across the country.