The Most Spectacular Places to Cycle in Cape Town 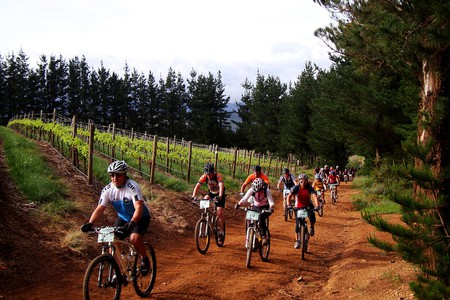 Cape Town is considered one of the most bike-friendly cities in the world, and plays host to many high-profile cycling events such as the Cape Town Cycle Tour. From wide open spaces surrounded by nature to scenic mountain routes along the ocean, grab your bike and experience these amazing cycle routes in Cape Town.

There are 450km (280 mi) of cycle lanes across the city, some on the road and some off-road. Local authorities and cycle groups are actively promoting the use of bicycles to decrease traffic congestion, and to encourage an active lifestyle and eco-friendly city. There are numerous companies that offer bike rental and cycle tours around Cape Town if you’re unable to bring your trusty steed with you.

The main route is a 40km (25 mi) round trip, beginning at the entrance to the reserve leading all the way to the Old Light House. The main road gradually climbs and then becomes flat, meandering alongside the fynbos plains where you’ll likely to come across antelope, zebra and other wildlife. Along the route, there are numerous vantage points where you can stop and admire breathtaking vistas of the reserve and Atlantic Ocean. On the return journey, take a detour and have a picnic at Bordjiesdrif or Buffels Bay, or visit the Vasco da Gama and Bartolomeu Dias monuments. 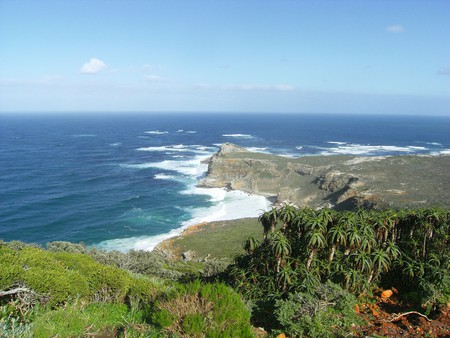 The Sea Point Promenade is a scenic beach-front route and a popular city spot for walkers, runners and cyclists. The route is mostly paved and completely flat, and at just seven kilometres (four miles), it’s suitable for all levels of fitness. Starting at the Up Cycles bicycle rental station, the pathway runs along the coastline, passing bustling play parks, fascinating public art, and other recreational activities.

At the Green Point Lighthouse in Mouille Point, cyclists can either choose to turn back or continue on to the Green Point Urban Park. Here, there are many beautiful gardens, water features and play parks to explore. The return journey follows a paved cycleway past the Cape Town Stadium and connects to the Green Point Cycleway, which takes you back to the Sea Point Pavilion. 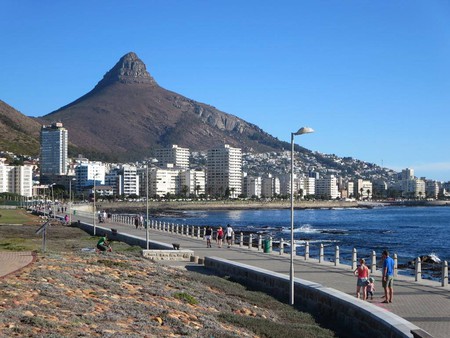 This 23 km (14 mi) route is not for the faint-hearted, but is hands down one of the most spectacular cycling routes in Cape Town. The route follows Victoria Drive an starts in the seaside town of Hout Bay, where there are many bike-friendly cafés to fuel up at before the long ride ahead. After conquering the infamous Suikerbossie Hill, the elevated road takes a bend and opens up with a magnificent view of the Atlantic Ocean sprawled out below. Victoria Drive hugs the Atlantic coastline and swoops past the lofty suburb of Llandudno, and winds downhill passing the famous Twelve Apostles Hotel.

The road becomes flat and narrower at Bakoven and Camps Bay, where you can take a break at one of the lively cafés or take a refreshing dip in the icy sea. From there you’ll pedal uphill past Clifton and Bantry Bay until you arrive in Sea Point. Once in Sea Point, the cycleway runs parallel to the Sea Point Promenade and connects to the traffic-free cycleway running from Sea Point to Green Point along the fan walk, which ends in the CBD. 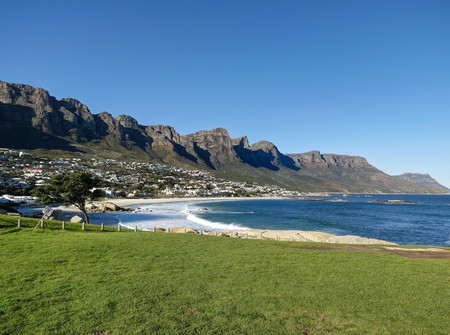 Ardent cyclists would enjoy cycling from the CBD to Hout Bay, but if you’re strapped for time, you can always drive to Hout Bay and start your trip from there. Chapman’s Peak is renowned as one of the most scenic marine drives in the world. The route has numerous vantage points and picnic spots where you can enjoy fantastic views over Hout Bay. Unsurprisingly, the road is quite steep and has many twists and turns but once you reach the top you can freewheel into the village of Noordhoek on the other side. 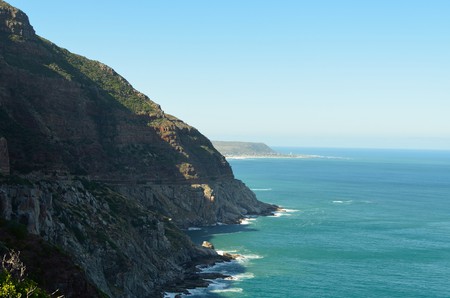 Table Mountain offers numerous cycling and mountain biking trails, and is a short distance from the city center. To get to the mid-section of the mountain, you’ll need to follow the fairly steep Kloof Nek Road and turn left into Tafelberg Road, which leads to the Lower Cableway Station. You can opt to cycle all the way to the end of Tafelberg Road or leave the tarred road and access the Rollercoaster path, which offers a number of mountain bike tracks along the face of the mountain.

You can follow the Rollercoaster route all the way to Rhodes Memorial on the lower slopes of Devil’s Peak which boasts wonderful views of the city and Table Bay harbor. Along the way you’ll pass the historic blockhouse built by the British in 1796. Be sure to pick up a Table Mountain MTB map from a local bike shop, Cape Town tourism office or the Table Mountain National Park visitor center.

Note: You will need a Sanparks permit before mountain biking on Table Mountain. The permit costs R500 (US$39) and is valid for 12 months. 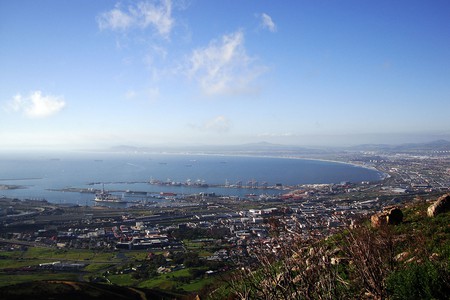 The Constantia Greenbelt has numerous trails in the area that take cyclists through the lush areas of the suburb of Constantia. You can also meander through the rolling vineyards of Constantia’s wine farms on a special bike and wine tour, like that offered by Bike & Saddle.

All Constantia trails have been clearly marked with directional arrows for cyclists, however riders should be cautious as pedestrians also make use of the trails here. The Klaasenbosch and Alphen Trails (8km / 5 mi) are relatively easy for beginners as there are no big climbs, and only a few short descents. The greenbelt trails are quite picturesque, winding past rivers and through trees, gardens and fields. In the center of Constantia, there are many charming restaurants and cafés where you can unwind and have a bite to eat. 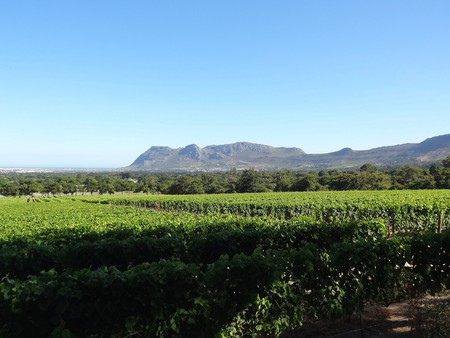 Situated an hour from Cape Town, the Helshoogte Pass is a scenic biking route above Stellenbosch with views over the beautiful vineyards of the Cape Winelands. The route links Stellenbosch to the R45 road between the charming wine producing towns of Franschhoek and Paarl. Every year during summer, thousands of cyclists hit the road for the Stellenbosch Cycle Tour, a 97 km (60 mi) race that takes cyclists along some of the most scenic roads where lush vineyards and mountains serve as a backdrop. The Helshoogte Road route is just under 5km (3 mi) long with a steep 71m (234 ft) climb, but the view from the top is rewarding and the descent is easy. Near the top of the pass you can stop by at Tokara Wine and Olive Farm for a scrumptious breakfast or lunch at the delicatessen. 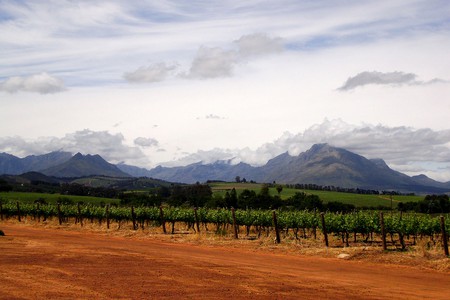