The Most Ethical Ways to See Animals in South Africa 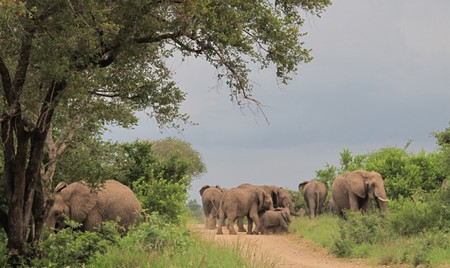 There are few things as humbling, gratifying and exhilarating as an encounter with South Africa’s celebrated wildlife. It’s one of the country’s primary draw-cards for visitors from around the world. Unfortunately, because of this, there are some companies in South Africa that put profits above the ethical treatment of animals.

As an unsuspecting guest, it may be difficult to differentiate between ethical and unethical ways of viewing animals. But with a few key pointers in mind, you’ll be able to have not only an ethical encounter with the country’s wildlife, but a much more profound one too.

The problem with animal encounters

South Africa’s wild animals are steeped in myth and legend. They’re powerful, elusive, dangerous, and yet stunningly beautiful. So who wouldn’t want to seize the opportunity to see them up close, or even encounter them first hand?

Animal encounters have blossomed up across South Africa in recent years, allowing guests to experience the might and majesty of these animals first-hand. They come in the form of elephant rides, dolphin swims, ostrich races, crocodile cage diving and cheetah walks and lion cub petting. 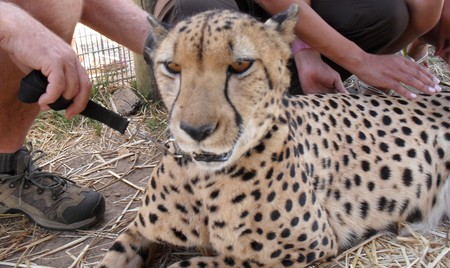 Though many of these organisations take in injured and orphaned animals, others breed or purchase animals for the sole purpose of living a life of human encounters. Many animal encounter facilities claim to offer ethical interactions, but it can be hard to discern the difference between those with truly good intentions, and those riding the wave of animal encounter popularity.

According the Endangered Wildlife Trust, wild animal trade is one of the biggest threats to their continued survival, particularly among big carnivores. More often than not, it’s difficult if not impossible for a company offering a variety of animal encounters to include only stock that was otherwise vulnerable.

Many animal encounter organisations claim to be looking after wild animals until they can reintroduce them back into the wild. Though this is certainly a possibility in some cases, according to National Geographic, most captive-born predators will not survive a reintroduction to the wild.

How to approach animal encounter facilities

If you have your heart set on getting light nibbles from a cheeky little lion cub, animal rights organisations suggest you look closely at the operation offering the opportunity. Though many claim to be rehabilitation facilities, those truly dedicated to the health, wellness and future release of wild animals will not allow any form of visitor interaction.

Many animal encounter operations masquerade as educational facilities, claiming to teach outsiders who pay an entrance fee about the plight of the animal in the wild. According to The National Society for the Prevention of Cruelty to Animals (NSPCA), there is no valid reason for a company to breed animals in captivity for education purposes, and this often used as a guise for a dubious animal encounter operation.

Some do, however, use certain animals that are beyond any form of rehabilitation, such as those who’ve been orphaned at a young age, caught in snares, or hit by cars, to serve as educational examples. These animals may be beyond rehabilitation and or fully habituated towards humans. If this is the case, the rehabilitation area should be completely separate and off limits to outsiders.

All that aside, it is still possible to have ethical animal encounters in South Africa. This is thanks to a handful of tireless non-profit organisations and watchdog groups.

If you are in doubt about an animal encounter organisation, your first port of call should be the local website of the World Wildlife Fund. They endorse several animal rehabilitation and outreach projects across the country that meet their strict requirements. WESSA is another organisation dedicated to education around important wildlife and environmental matters.

There is also a Facebook group, Volunteers in Africa Beware, that highlights ethically dubious operations throughout the continent.

Technically, the answer is probably no — we still have the potential to impact negatively on a free-roaming animal in a large reserve. But a visit to the country’s protected regions and reserves, primarily those managed by South African National Parks (SANP), is the most ethical, cost-effective and, if done right, exhilarating way to see wild animals.

Officials at SAN Parks reserves take animal conservation very seriously. Parks such as the Kruger National Park and Addo Elephant National Park may require a bit more planning and some driving, but they allow animals to roam free across vast stretches of land. There is never any forced interactions with humans at these reserves. The majority of these animals have limited sightings of humans over the course of their lives, and when they do, they typically view these us as threats and keep their distance — as it should be. 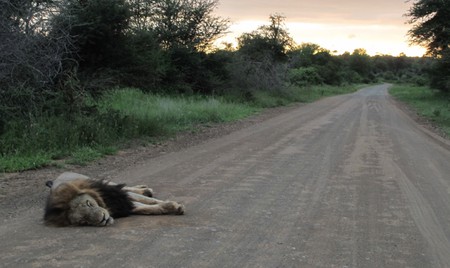 Of course this means that animal sightings at large nature reserves are far from guaranteed. And you certainly won’t get to touch them. In fact, you’ll need a healthy amount of luck, plenty of patience, and some good spotting skills in order to spot that elusive wild animal. But if you’ve done it before, you’ll know that this doesn’t detract from the experience — it further enhances it. If you’re still hankering to queue up to stroke a caged carnivore, consider just how much more exhilarating it is to drive around a quiet corner in the middle of the South African bush to encounter a large free-roaming male lion basking in the afternoon sunlight.