The Most Eerie Shipwrecks in Cape Town, South Africa 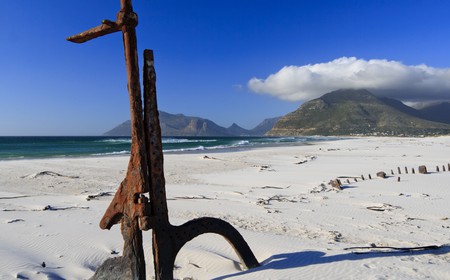 The waters surrounding Cape Town’s shores are littered with shipwrecks, most harking back to the time of early European explorers who were rounding the content for the very first time. The seas and weather surrounding the peninsula are so treacherous that they earned the moniker the ‘Cape of Storms’.

The more imaginative residents of the city have reported sightings of ghosts and ghost ships, tales that have originated from the dozens of shipwrecks along the coastline, including the famous tale of the Flying Dutchman. Whether you believe these or not, there’s no denying that the ships strewn across the seabeds and shores around the Cape are a tragic sight.

The HMS Birkenhead was sailing to Algoa Bay in 1852 with hundreds of civilians and British troops on board when it was wrecked after striking a submerged rock. It was one of the deadliest shipwrecks in South Africa’s maritime history, with just 193 out of 643 people surviving.

As the ship filled with water, the captain gave the order for women and children to board life rafts first – one of the first documented examples of this policy. It was a directive that all men aboard the ship adhered to, and survivors later claimed that the mass evacuation of the boat was remarkably calm.

As a result of the troops’ composure, all women and children aboard the Birkenhead survived. Still, the wreck resulted in heavy casualties for the British forces, and it’s since become one of the most famous maritime catastrophes close to the Cape.

The wreck is now deep under the water and far offshore, but it’s possible to explore the remains on a dive trip from the town of Gansbaai. 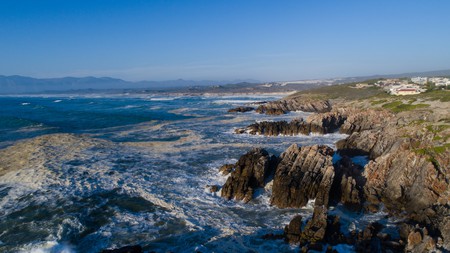 Aerial view over the rocks in the Walkerbay reserve in Gansbaai in the Western Cape of South Africa. | © Dewald Kirsten / Shutterstock

The Arniston sailed eight voyages between England and the Far East, but on the night of 30 May 1815 it sailed into a storm off the coast of South Africa and sank.

The ship was sailing back from Ceylon (now Sri Lanka) to England when it encountered the devastating storm. The captain believed they were closer to Cape Town than they really were, and he made the order to head for shore. It was a miscalculation that proved to be fatal, as the ship struck a reef and started taking in water. The Arniston was carrying many wounded soldiers, as well as regular paying passengers. Only six of the 378 passengers and crew survived the wreck, making it one of the country’s deadliest.

As a tribute to those who died in the wreck, the nearby town of Waenhuiskrans changed its name to Arniston, today a popular spot for whale watching.

The wreckage is far off the shore and several metres beneath the surface; a plaque on the beachfront commemorates those who died. There are also several artefacts recovered from the wreckage on display in the Bredasdorp Shipwreck Museum. 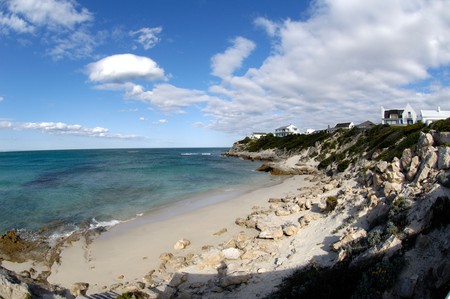 Beneath the generally tranquil waters off Camps Bay lies a shipwreck with a particularly sombre story. The São José Paquete Africa, bound for sugar plantations in Brazil, wrecked just 100 metres (328 feet) off the coastline in 1794. It struck a submerged rock and immediately began to take in water.

The captain and the crew survived the wreck, but there was a devastating reality only recently revealed: the ship was carrying hundreds of slaves, and an estimated 212 were left on board to drown. The captain and crew extracted some of the slaves on board, but even they were immediately sold to the Cape Colony.

The wreck was only discovered in the 1980s, and it was only in 2015 that the full story was revealed. A memorial service was recently held for the slaves killed in the wreck, during which divers scattered soil from present-day Mozambique, where most of the slaves were from, over the wreck. 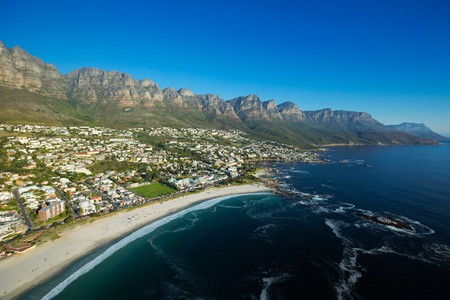 The BOS 400 is perhaps one of the eeriest wrecks on the Atlantic Seaboard, and not because of the number of fatalities or any particularly sombre story. In fact, all members of the crew survived the accident. Rather, its eeriness is similar to that of an abandoned building – it’s visible from far away and easily accessible, but few have ever ventured close to it.

The BOS 400 is one of the most recent, and most visible, wrecks on the shore, and from a distance it looks simply like a strangely misplaced crane located a few metres from the rocks off Duiker Point.

At the time of its wreckage in 1994, the BOS 400 was the biggest floating crane in the country. With no self-propulsion it depended on the power of a tug, but when the rope between the two vessels snapped it washed up against the inaccessible rocks.

Although the wreckage is slowly eroding and sinking into the ocean, the crane is still clearly visible above the water. It’s a popular site to visit, and hikers can reach the eerie location after an easy walk from Sandy Bay. 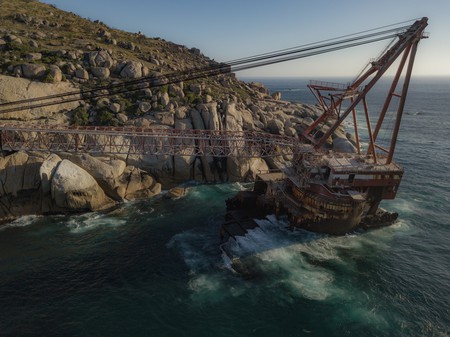 The wreck of BOS 400 lies off Duiker Point in Cape. | © Wupma / Shutterstock

The waters surrounding Cape Point are littered with wrecks, but perhaps the most dramatic belongs to the SS Thomas T Tucker, wrecked in 1942. The ship was on its first voyage from Louisiana when it encountered difficulties off the coast of Olifantbos. The ship had been sailing close to the shore in order to avoid German U-boats, but heavy fog prevented the captain from seeing the ship’s proximity to land. As the ship’s navigation equipment was off by a few degrees, the captain assumed he had run aground on Robben Island, which was in fact many nautical miles away.

There were no casualties from the accident, but much of the hull is still visible in the surf, and over the years scrap metal has spread out across the otherwise pristine Cape Point beach. 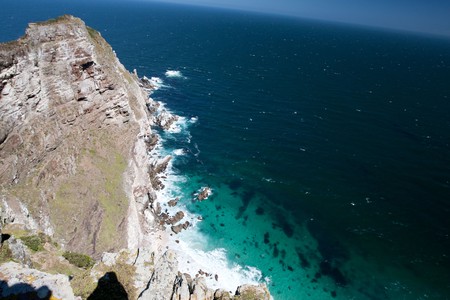 Located in the waters just off Cape Town’s popular Mouille Point Promenade is the engine block of the RMS Athens, still visible to this day. The Royal Mail Ship Athens wrecked on the rocks between Green Point and Mouille Point in May 1865 during dramatic gales. Reports of the incident describe the ship succumbing to a massive wave, and although the wreckage was close enough for residents on the shore to hear the anguished cries of the crew, there was little they could do to save them. Legend has it that the only survivor was a pig that was aboard the ship, with 28 men dying in the incident.

The RMS Athens was one of 17 that ran into trouble that evening, and the same reef has claimed several other ships over the years. But these days, the only reminder of that devastating night is the rusting engine block of the mail ship that eerily protrudes just above the waterline, more than 150 years after the event. 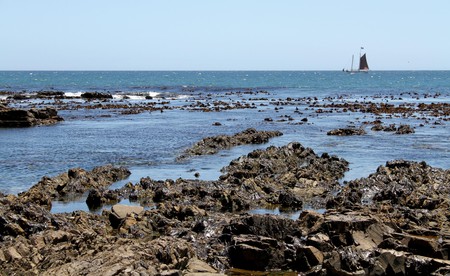