The Legend of the Flying Dutchman, the Ghost Ship of the Cape 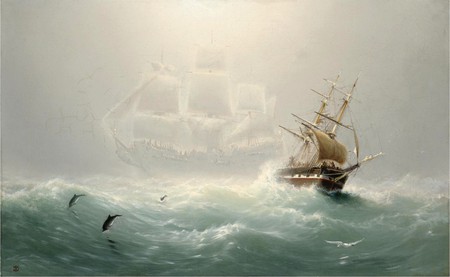 Appearing in Richard Wagner’s opera as a man searching for love, as a ship manned by octopus-faced Davy Jones in Pirates of the Caribbean and even as a green spirit in the animation SpongeBob SquarePants, the Flying Dutchman is a popular maritime legend. But many people are not aware of how far this legend has sailed to enthral them.

Beginning in a storm

Known for its terrible storms and treacherous outcrops of rock, The Cape of Good Hope in South Africa once had a far darker name: The Cape of Storms. This rocky peninsula, which juts out into the water, was the final resting place for many ships unfortunate enough to run afoul of this beautiful yet temperamental coast. 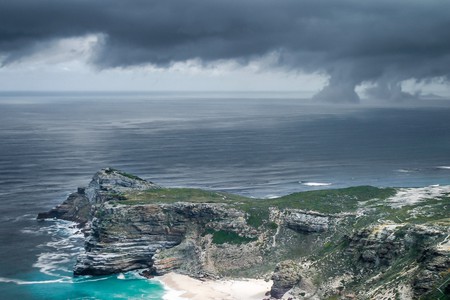 European trading ships heading to Asia would have to pass through this dangerous route, and one of the first people to journey around the southern coast of Africa was the Portuguese explorer Bartolomeu Dias. He was followed by Vasco da Gama, who was the first person to sail directly from Europe to India and, it is said, the first person to name this rocky headland ‘The Cape of Storms’. It is from here that the legend of the Flying Dutchman set sail.

The story behind of the Flying Dutchman begins in 1641 with a captain in the employment of the Dutch East India Company. Hendrik van der Decken and his crew were returning to Holland from the Far East when they, like all trade ships, had to risk the dangerous passage around The Cape of Good Hope.

Legend has it that, as van der Decken and his crew attempted to round the Cape, a storm began. The crew begged their captain not to sail into the storm, but he was determined to face the chaotic waters and screaming winds. Van der Decken vowed that he would sail around the Cape, even if it took him ‘until Doomsday’ to accomplish it. Some say that, at one point, an angel appeared to van der Decken, and the Dutch trader shot at his otherworldly visitor. With that, the ship’s fate was sealed. 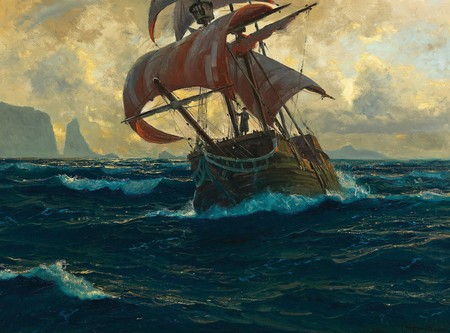 The Flying Dutchman is said to appear as a ghostly, glowing ship. It will materialise suddenly and then, just as suddenly, vanish. Some claim the ship, doomed to sail the seas forever, will attempt to make contact with other travellers, and that seeing the Flying Dutchman is a sign of horrible misfortune to come.

Whether maritime superstition or true event, the Flying Dutchman continues to haunt the Cape and stories of the sea. Standing on the beach on South Africa’s southern coast, looking out into the swirling clouds and crashing waves, you may just catch a glimpse of a strange-looking ship desperate to get home.