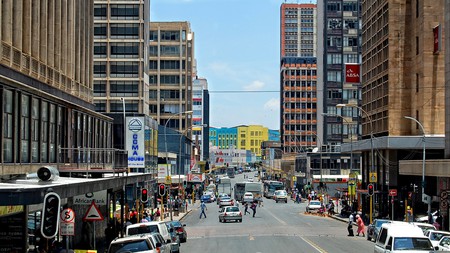 The first ‘review of books’ based in an African city released its first issue this month. Its aim is to fill “a conspicuous gap in world letters”: the lack of recognition, and platform, given to African critical voices.

Under the leadership of publisher Ben Williams, former Books Editor of the South African Sunday Times and founder of Books LIVE, the publication will endeavor to comment on, and consider, works of fiction and non-fiction from around the world. The goal of The Johannesburg Review of Books will be to challenge the predominance of “city-arbiters of literary taste” like New York and London, by nurturing critical talent from an underserved, and under-heard, continent.

“We also hope to provide a new space for writers from South Africa, Africa and beyond to ruminate on culture, politics, history and the arts, publishing pieces that stand up both to intellectual scrutiny and to the great wash of information that nowadays causes all but the most memorable writing to fade.”

Though its focus will be on English-language publications, the Review also has a francophone contributing editor in the person of Efemia Chela. Other members of the editorial team include Henrietta Rose-Innes, Jennifer Malec, and Bongani Madondo.

True to its international focus, the first issue features a delightful double review of Imbolo Mbue’s Behold the Dreamers and Zadie Smith’s Swing Time, a piece on Naomi Alderman’s Baileys-shortlisted The Power, as well as an essay on Chinua Achebe’s Things Fall Apart (and on a great many other things too, if we’re being honest). It also published an exclusive short story courtesy of South African writer Aba Asibon, entitled ‘Things We Found North of the Sunset.’

What’s more, it would appear that every issue of The JRB is completely free to read on the website (readers wishing to subscribe only have to give their names and email addresses). So you really have no excuse not to.

In any case, it’s all rather exciting stuff, and we wish them the best of luck.