The Designer Inspiring Optimism and Creating Opportunities in Johannesburg 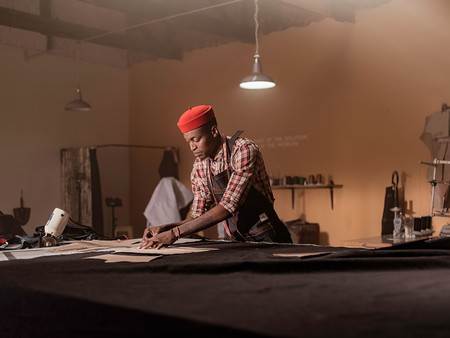 It’s often said that we are a product of those closest to us. Growing up on the outskirts of Johannesburg in the Tsakane township, it was three women who shaped the man Tshepo Mohala would become.

Denim designer Tshepo Mohala grew up watching his mother grind to give him the opportunity of a good education, he listened to his pastor grandmother’s stories of hope that transported him back to 1945, and he admired his cool aunty who dressed for the red carpet. “I don’t know if you remember Britney Spears and Justin Timberlake’s Canadian tuxedo moment at the 2001 American Music Awards?” Tshepo says with a smirk. “She rocked that look.” 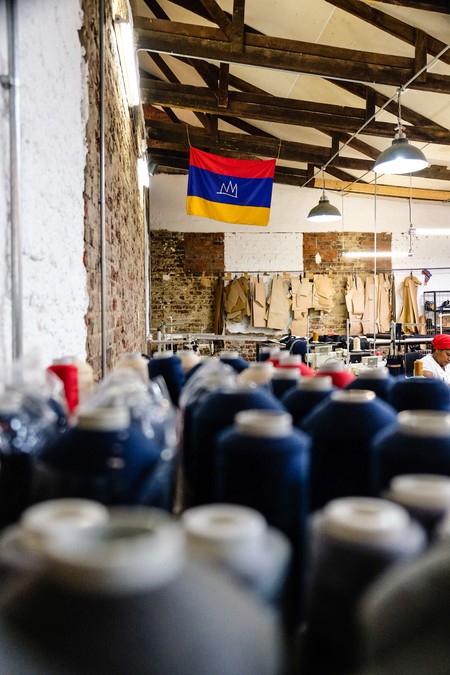 This exposure to hard work, community and bold style would lay the foundations for Tshepo’s character and inform his namesake denim and ready-to-wear label, Tshepo the Jean Maker. In five years, the brand has grown from a Facebook page to a fan base that includes Meghan Markle and a team of 15. Its success can be chalked up to the designer’s positive outlook on life. Seldom without a smile, his energy is infectious. “If you’re willing to put yourself out there, if you’re courageous, and if you really love what you do and want to leave a mark on this world then it can happen,” Tshepo tells me. It is an attitude he has learned from the powerful women around him. “I was raised by my grandmother who was a public servant in her duties as a pastor,” Tshepo says. “I watched her treat everyone in the neighbourhood with the same respect regardless of who they were. The biggest thing for me is serving the public.” 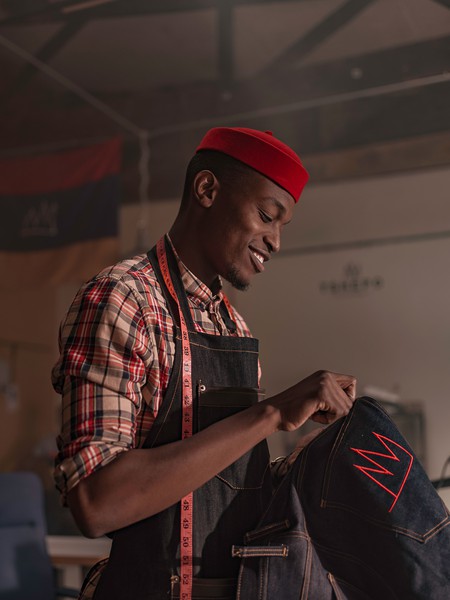 The designer’s service to the public is prioritising people over profit through his business model. “We focus mainly on sustainability, but from a people’s perspective,” affirms Tshepo. An integral part of his work is training up his team – including 10 tailors, a graphic designer and sales staff – with respective skill sets, like sewing and communication, so they in turn can create a stronger community and economy. Women make up the majority of his staff, which was a conscious choice on Tshepo’s part. “Women are more responsible,” he says. “I was raised by women, so my heart goes out for them. Women would rather take the money home than drink it over the weekend.”

Alongside artists, jewellery designers and creatives, Tshepo The Jean Maker is a tenant of Victoria Yards – Brian Green’s inner-city complex that’s redefining Johannesburg’s inner-city landscape. “Victoria Yards is in a very dilapidated neighbourhood, so the guys who founded the complex had to think about how they built the present without chasing people in the community out and gentrifying it,” explains Tshepo. “What they decided to do is ensure that every resident company, individual or maker gives back into the neighbourhood in terms of educating the people in the area, giving them jobs and empowering them. Already, Victoria Yards has created 150 jobs in the neighbourhood and helped uplift and develop it.” 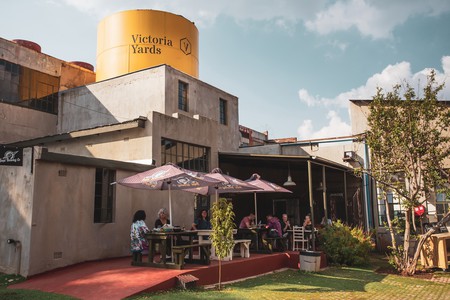 Meanwhile, the question is why jeans? It feels like his upbringing had something to do with it. “I love stories and I love the ability of denim to tell the most beautiful stories,” Tshepo tells me. “You can’t lie; you can’t make it up. When you wear denim, you start giving it life. And everyone wears jeans: whether you’re black, white or Indian, everyone wears them, and through that you can unite the world, which is what I’m all about.”