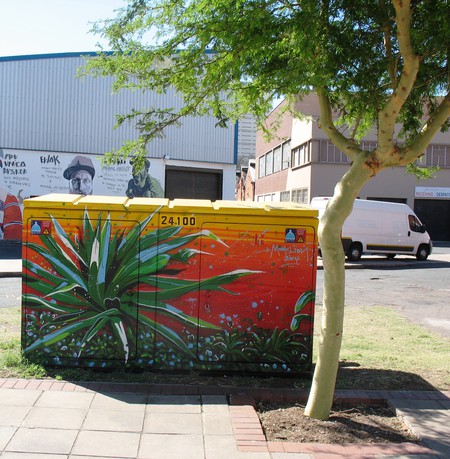 South African public art spans a range of themes from personal to political struggles. Here’s some insight into some of the best public art in Durban.

Possibly one of the most visually stunning murals in Durban is this. Cape Town-based and internationally acclaimed artist, Faith47’s six murals in the Warwick Junction were created as part of the 25th World Congress on Architecture. They are located in Durban’s busy Warwick Market, which is filled with more than 400,000 daily commuters and 8,000 informal traders.

Faith47 says that the location is ‘a wealth of culture and vibrancy that is part of the real fabric of our country’. It was this sense of vibrancy and culture she wanted to celebrate when she chose four traders to be in her murals. The government has increasingly tightened laws for vendors and from 2009 there has been talk of a mall being built in the area which vendors are opposed to. Faith47 says she wanted to create a piece that made the people there feel represented and acknowledged. She says she couldn’t come in and just paint what she wanted to, it needed to be relevant to the people living and working here because it belongs to them. 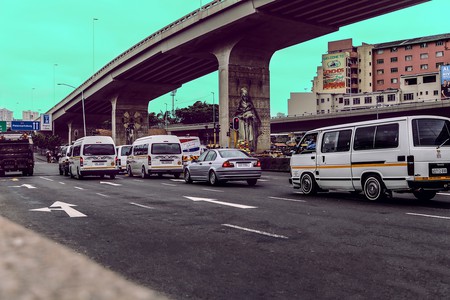 One of the most recent additions to Durban’s public art scene, this imposing bird of prey with a wingspan of seven meters was just hoisted up last December in Bulwer Park. The bird is made exclusively from waste materials provided by Oricol Environmental Services and the sculpture was created by Umcebo Design.

Spokesperson for Oricol, Lindsay Wayman, said that much of the artwork was created from non-compliant materials. She said it included anything dodgy that came into the country, items with health and safety issues or shoddily made goods.

The Vulturine fish eagle, also known as the palm nut vulture, is found along KwaZulu-Natal’s coast in the vicinity of the Illala palm. It is an unusual vulture because most of its diet comprises fruit from the palm trees. 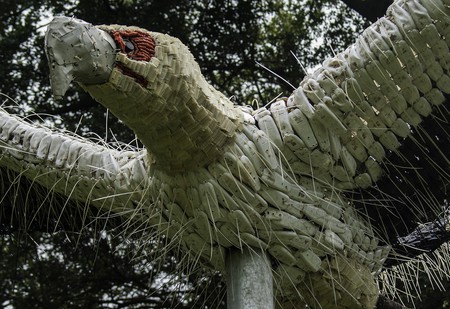 The Vulturine Article is made from waste material | © Mike McFadyean

Elephants on the freeway

On the N3 highway’s entrance to Durban’s central business district, you can find acclaimed sculptor Andries Botha’s steel elephants, which for some time caused controversy in the city. Botha was instructed to stop the sculpture in 2010 when an official from the ruling party, the ANC, thought the elephants represented too closely the logo for the opposition’s party, the IFP. Eventually the dispute was resolved and six years after they were commissioned, the giant steel and stone elephant sculptures were erected along the busy road. 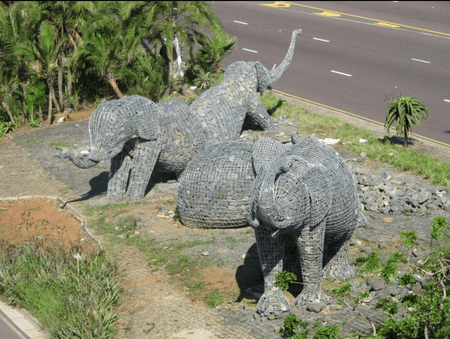 The controversial elephants made of steel and stone | © Andries Botha

The artwork painted by artist Sakhile Mhlongo is one of the largest in South Africa covering 600 square meters on the corner of Anton Lembede Street and Six Durban Club Place and was unveiled in Durban in early 2017. The mural, commissioned by Urban Lime Properties, depicts the late Anton Lembede, founding president of the ANCYL (African National Congress Youth League) and after who Durban’s Smith Street was re-named. The mural is a black and white full-length portrait of Anton Lembede wearing his suit and tie with a lawyer’s briefcase as he strides purposefully toward court. Mhlongo said he was very honored to be part of such an important step of the regeneration of the city he loves. The artwork is the largest privately funded piece of public art in KwaZulu-Natal. 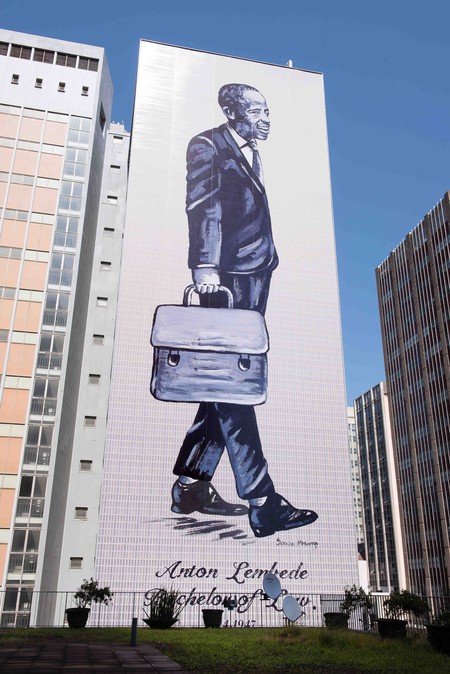 Andries Botha recently completed a set of billboard-sized artworks commissioned by The Regent Business School in Samora Machel (formerly Aliwal Street). The drawing, which is the largest public drawing in Durban, measures 21 meters by six meters and took Botha approximately 83 hours to complete. He sketched it on panels A1 or A2 in size and the images were then stitched together and printed on canvas. The project is also part of Regent’s regeneration project for the embankment area of Durban. The theme, Botha said, was to engage in a critical conversation between artists and businesses to save the planet in different ways. The image, which features migrating animals that turn a corner (of the wall) to find a dead elephant before a large city, comments on the dwindling animal population and the rise of man’s imperialism as the cause.