Cape Town has a myriad of things to see and do in its city center. But if you prefer a countryside meander and have a few days to spare, you can experience the natural beauty of the Western Cape with one of these five day trips.

A circular drive around the Cape Peninsula will take you along dramatic mountain roads with breathtaking views of the ocean and through charming seaside towns. Head south from Cape Town and pass through Muizenberg (a surfing hotspot), and continue past the fishing village of Kalk Bay to Simon’s Town, the largest base of the South African Navy. Admire the views of Simon’s Town Harbor and take a photo alongside the statue of Just Nuisance, the famous Great Dane who once accompanied sailors around town in the 1940s.

From Simon’s Town, head to the Cape Point Nature Reserve, the south-westernmost tip of Africa where you can opt to visit the old lighthouse or hike one of the many panoramic trails. Back on the road, continue through the picturesque villages of Scarborough, Kommetjie, and Noordhoek (a great spot for horseback riding) and travel along Chapman’s Peak Drive to the captivating town of Hout Bay. 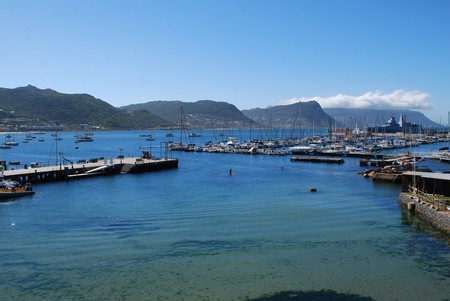 A 45-minute drive east from Cape Town will lead you to the historic town of Stellenbosch, located in the heart of the Cape Winelands. The university town is known for its Cape Dutch architecture, world-class restaurants, and charming markets selling everything from clothing to arts and crafts. Head southwest on the R310 to Spier, one of South Africa’s most historic wine farms. Wander around the picturesque estate, pamper yourself at the spa, or wine and dine at Eight Restaurant. Be sure to visit the Eagle Encounters rehabilitation center, which offers personal interactions with birds of prey and amazing falconry displays. Children will also enjoy the small farm where piglets, rabbits, and other animals are raised. 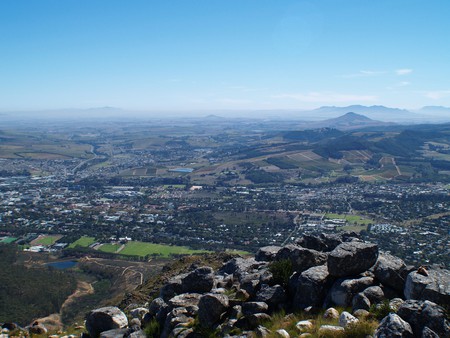 Every year from June through November pods of whales arrive in the warm coastal waters of South Africa to calve and mate, providing whale-watchers with spectacular displays of water acrobatics. Although many species of whale can be observed during whale season, the most commonly sighted species is the Southern Right whale, best observed between False Bay in Cape Town and the sheltered bays of the scenic Garden Route.

A 1.5 hour drive from Cape Town, the coastal town of Hermanus in Walker Bay offers the best land-based whale-watching and plays host to the annual Whale Festival in October. The festival combines whale-watching with live music, food, markets, kids’ entertainment, and sporting events. 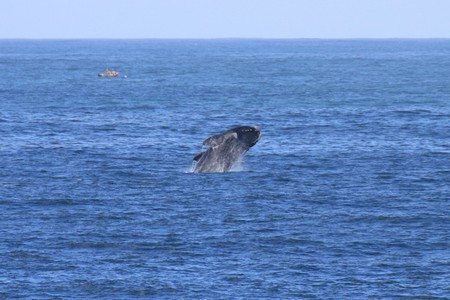 The quiet beach towns along the scenic West Coast offer Capetonians a welcome reprieve from the bustle of the city. An easy 1.5 hour drive from Cape Town lies the popular vacation town of Langebaan, whose biggest draw is the azure waters of the Langebaan Lagoon, a haven for fishermen, sunbathers, and water-sports enthusiasts. For the best seafood on the West Coast, visit Die Strandloper (the beach walker). This unique open-air restaurant is situated on the beach and serves a mouthwatering 10-course lunch of South African favorites such as crayfish, mussels, and fish curry. If you’d prefer complete solitude, drive 30 minutes north of Langebaan to Paternoster, the oldest fishing village on the West Coast. Set in a wild landscape of fynbos and sand dunes, the sleepy village is decorated with white-washed cottages that lead to a pristine beach dotted with colorful fishing boats. 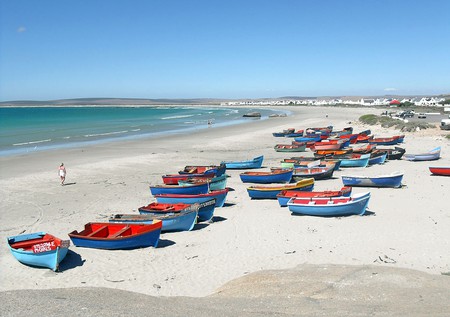 Every year from August through September, the dry West Coast region explodes in a kaleidoscope of color as wildflowers start to bloom, marking the beginning of spring. A 1 to 2.5 hour drive from Cape Town on the N7, the inland towns of Darling, Hopefield, and Clanwilliam host annual wildflower shows attracting thousands of visitors from around the country and abroad. A hour’s drive north of Cape Town on the R27, lies the West Coast National Park where flower enthusiasts will delight in the wildflower displays at the Postberg, Seeberg, and Mooimaak sites. Here, 80 species of flowering plants are endemic to the region. 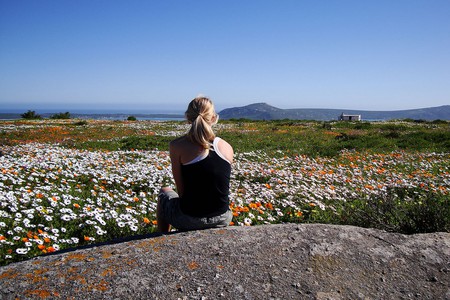