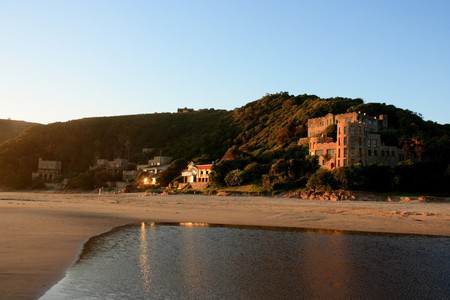 Tucked away on a secluded and quiet strip of shoreline, not far from Knysna in the Western Cape, lies a magical kingdom of castles. However, these are not castles of the sandy kind, such as you would find on the beach. The Noetzie Castles are life-sized, real stone edifices, complete with turrets, chambers and flags. Not only do they attract their fair share of photographic attention, but they also provide unique, charismatic seaside accommodation.

The story behind the Noetzie Castles is not what you would expect. The buildings never safeguarded soldiers in the midst of battle, nor harboured bloodthirsty pirates from faraway seas. No royal foot has ever stepped through their stately doors, and they are relatively new, as far as castles go. 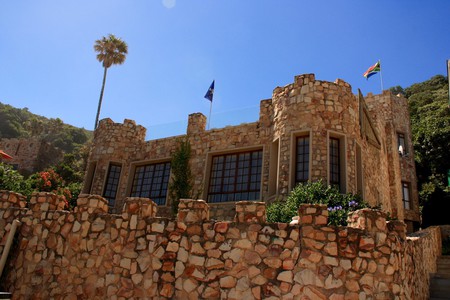 The oldest was built in the 1930s, and to begin with it was intended to be a normal seaside home, albeit a relatively grand one. Because of difficulties with access to the site that hampered construction, the home was largely built using natural stone from the immediate surroundings.

Upon completion a comment was made in jest that the stone house needed but a few turrets in order to turn it into a castle. The fun-loving owner loved this idea, and the first Noetzie Castle was created. Today, there are six castles standing sentinel on the Noetzie beach, and ownership of many has been passed down from one generation to the next.

Most of the Noetzie Castles are available for rental accommodation and, over the years, have proven to be highly popular with those looking for something a little different, as well as the rich and famous needing a retreat. 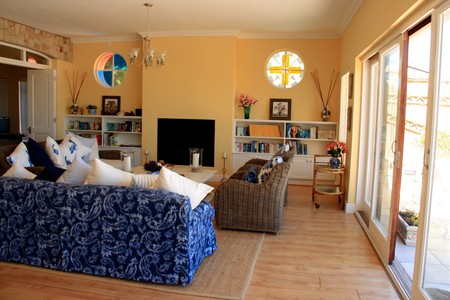 Craighross Castle has entertained the likes of Nelson Mandela and his family, and is a cosy 13-sleeper with sweeping views of the panoramic Indian Ocean. Lindsay Castle sleeps 12 and relies on solar power to keep the mod cons going, although there is a generator for backup, just in case. A beautiful garden brushes the sandy shores, while the balconies offer fabulous views.

Despite their medieval appearance, both castles are fully equipped and fashionably furnished, catering for guests’ every whim and wish. A porter and housekeeping service are both included in the price. 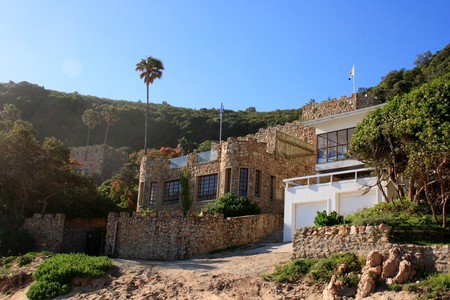 Castle on the hill | © © Gideon Joubert/Flickr

The Pezula Private Castle is one of the most exclusive addresses in South Africa and offers five indulgent luxury suites, a heated outdoor swimming pool, gym facilities and gourmet meals prepared by a personal chef. If guests feel like stepping out, all they need to do is ring for a private chauffeur. 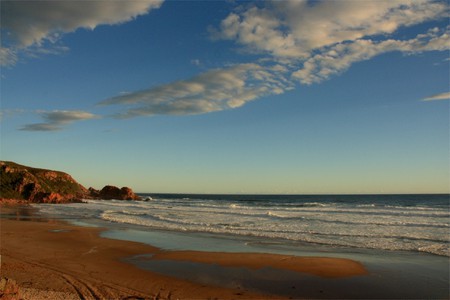 Seclusion is part of the charm of Noetzie beach and there is a long staircase to consider before you can dip your toes in the ocean. Those on a day visit should prepare for a climb, while castle guests are assisted by a porter.

The natural splendour of Noetzie and its surrounds epitomises wild, African seaside beauty where long stretches of golden sand are often deserted by all but a few seagulls. Bird life is prolific and varied and rocky outcrops offer fertile breeding grounds for mussels and wild oysters. In 1999, Noetzie was declared a conservancy to protect its natural heritage and preserve the ancient history that it is home to. 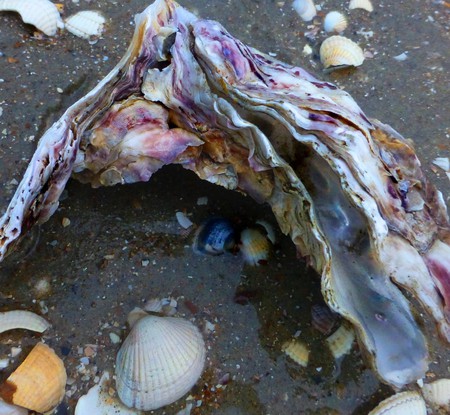 Midden sites are scattered along the shoreline, indicating the presence of early Khoisan hunter-gatherers, and southern right whales and dolphins are frequently spotted in the ocean. Swimming, birding, canoeing and fishing can be enjoyed in the area and for those who can pull themselves away from the magic of the castles for a while, there is a wide selection of excellent restaurants in the nearby towns of Knysna and George. 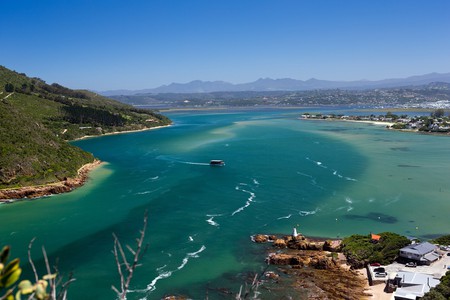