South Africa's Most Stunning Train Rides to Go On 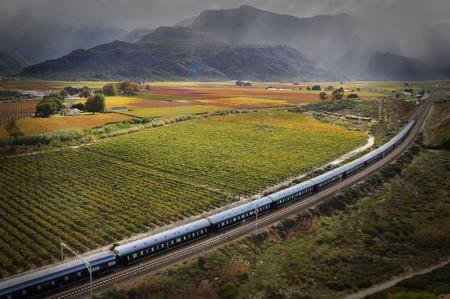 South Africa’s rail network is not particularly dense, but there are a surprising number of stunning train rides you can take throughout the country.

There’s something magical about a scenic train ride. South Africa may not have the routes or diversity to rival the likes of Switzerland, and the country’s national rail network may be limited and ageing, But there are still several journeys worth taking. If you’re feeling adventurous, you can navigate the railways with commuter trains and the limited number of state sponsored tourist trains. But for an extra special excursion, you can hop aboard spectacular private trains that are worthy of most bucket lists. Here are some of the best to consider:

The journey from Cape Town to Dar es Salaam aboard Rovos Rail is one of the most revered train rides in the world. The luxurious Rovos Rail takes care of all your needs throughout this epic 15 day journey. You’ll start in Cape Town and travel through the heart of South Africa with stops at iconic historical towns en route. For many people, the journey from Cape Town to Pretoria is spectacular enough. If time and budget allows, you’ll then continue across the border to Botswana, Zimbabwe, Zambia and Tanzania for a railway journey of a lifetime. 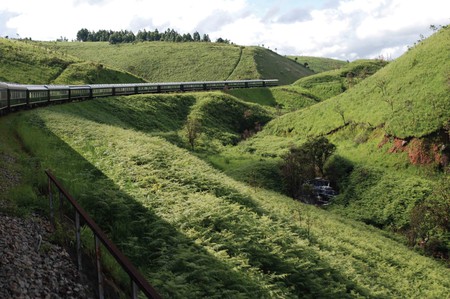 On the other end of the pricing and time scale is South Africa’s best scenic rail day trip. A return trip from Cape Town to Simon’s Town with Metrorail costs the same as a beer at your favourite inner-city bar, and it’ll get you back in time to have one as well. But don’t let this dissuade you. The route filters out of the web of railway tracks in the Cape Town CBD and then skirts through the various Southern Suburbs en route to the coast. The real magic happens when you approach Muizenberg. From there, the train runs just metres from the shimmering blue ocean all the way to Simon’s Town and back. 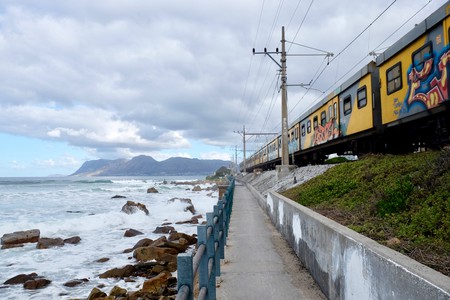 The Blue Train is the other iconic private train company in South Africa, and they offer several exclusive journeys within the confines of the country. Most popular is the 1,600 kilometre Pretoria to Cape Town route that takes approximately 27 hours. It cuts through some of the country’s most diverse and striking scenery. You can travel in either direction, and both trips include short stops at historic towns. 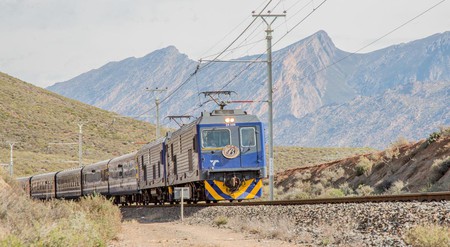 Rovos Rail offers a popular rail route from Pretoria through to the coastal city of Durban. The journey takes three days and includes excursions to a Big Five reserve and KwaZulu Natal battlefields. The trip between the two cities takes in some remarkable scenery and details the region’s fascinating history, making this a unique South African rail journey. 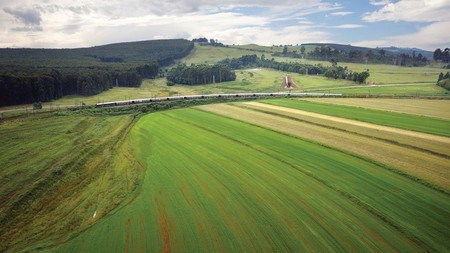 Atlantic Rail offers occasional scenic train trips throughout the Cape onboard an iconic steam train. They use a locomotive built in 1929, and the trip to the Stellenbosch is as much about the scenery as it is about riding a vintage train. The views en route to the famous wine town of Stellenbosch offer stunning views of wine farms and the statuesque Hottentots Hollands mountains. It arrives close to the town centre and allows enough time to explore before returning. 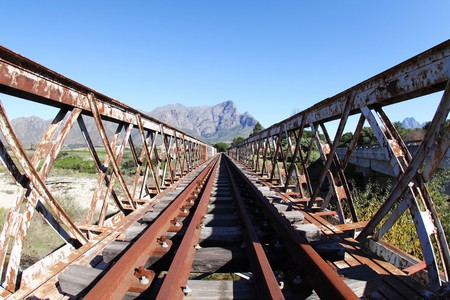 The railway track in Ceres dates back to the early 1900s, and the Ceres Railway Company offers exciting trips along these routes in vintage locomotives. They offer several popular ad-hoc journeys throughout the year, including seasonal trips to view the wild flowers. But the most regular and popular trip is that between Cape Town and Ceres. Passengers can book a one-way or return journey to the small scenic town, and some packages include a Sunday lunch at the Ceres Golf Club. 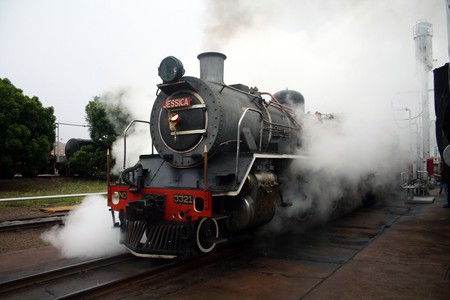 The Shosholoza Meyl, that runs between Cape Town and Johannesburg, is the low-cost alternative to the luxury trains that follow the same route. Tickets cost considerably less than those for the Rovos Rail or Blue Train, but travel through the same scenery and offer the opportunity to bed down in comfortable sleeper carriages. The trains lack the glitz and glamour of the privately operated ones, and they make regular stops to pick up and drop off passengers which often delays proceedings. But if you’re a rail fan on a tight budget, and open to a bit more of an adventure, this is an option worth considering.

Most people choose to reach the Kruger National Park by car, but if you’re looking for an extra special experience you can board a train in Pretoria to take you there instead. Both Rovos Rail and Blue Train operate services to Hoedspruit, just outside the world famous national park, and they’ll provide you with connections and overnight safari options for the rail and wildlife trip of a lifetime. 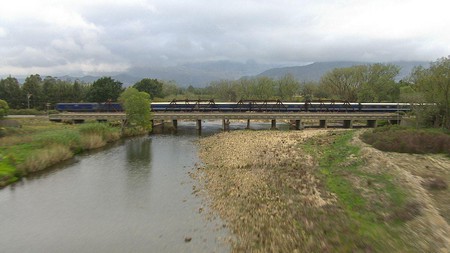 This is a remarkable nine-day journey from Pretoria through to neighbouring Namibia. It follows a route of more than 3,400 kilometres through some of the country’s starkest and most unique terrain. This trip is more than just a railway journey — it includes flights to remote regions and exclusive game drives — but it’s the train leg to and from the neighbouring country of Namibia that makes it a remarkable experience. 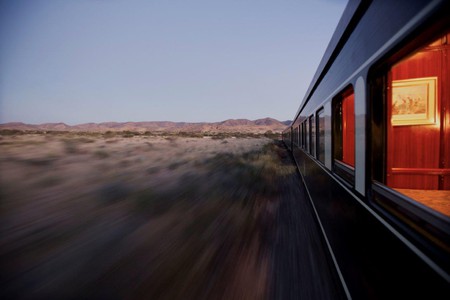 Rovos Rail through Namibia | Courtesy Rovos Rail
Give us feedback