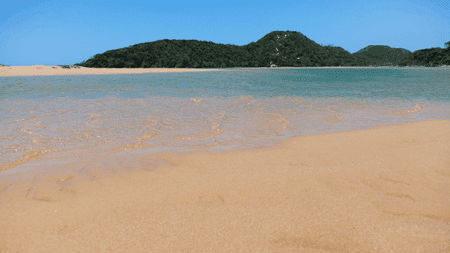 The breathtaking Kosi Bay in Maputaland, KwaZulu Natal, is an exciting destination for nature lovers, filled with history, forests and tons of unforgettable experiences.

The Kosi Bay section of iSimangaliso Wetland Park is absolute paradise, complete with turquoise waters, white-sand beaches, forests, swamps and wetlands. There is much to explore here, but remember that you’ll need a four-wheel drive vehicle to do so. 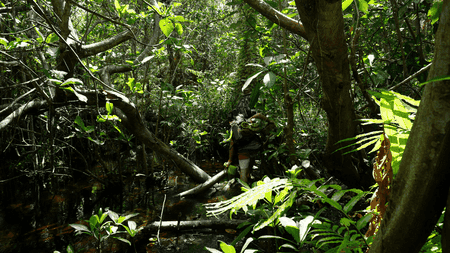 In the north-eastern corner of the country lie the four interlinked lakes of Kosi Bay, which in turn forms part of the Kosi Bay Nature Reserve, now known as iSimangaliso Wetland Park. These lakes are surrounded by breathtaking scenery that borders Mozambique. Kosi Bay is also the home of the Tembe-Thonga people, who have been occupying the area since the 17th century. The kingdom flourished under the rule of King Mabhudu I who struck an alliance with the notorious Zulu King Shaka. Although the kingdom was divided in the 1800s, the proud Thonga people still reside here and their traditions and culture are evident all over. 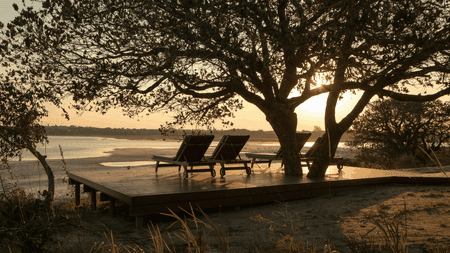 A first for South Africa

In 1999, the area was announced to be the country’s first UNESCO World Heritage Site and was renamed in 2010 to iSimangaliso, meaning ‘miracle and wonder’ in Zulu. Impressively, the park houses the largest estuary system on the African continent and wildlife thrives here. Hippos, crocodiles, pelicans and flamingos are abundant in this beautiful wetland park and the 220 kilometre coastline is dotted with pristine beaches. 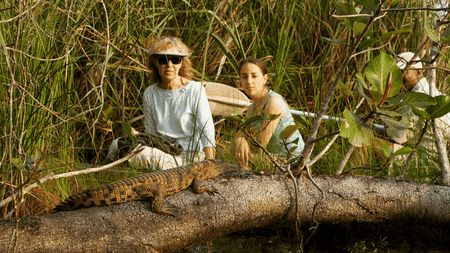 The fish kraals of the Thonga people

The Kosi estuary houses fish kraals that have been in use for hundreds of years by the Thonga people; they’re still in use and the source of income for many locals. The palisade fish kraals are cleverly constructed using fencing which curves in, allowing fish to easily enter but not exit easily. Having said that, smaller fish can simply swim out, so these traps don’t have a major impact on the area’s fish population. No visit to Kosi Bay is complete without a boat ride from Lake Nhlange to Lake Makhawulani. You’ll cruise through one of the most scenic sections of Africa, and the trip includes snorkeling opportunities and a stop at the Thonga fish traps. 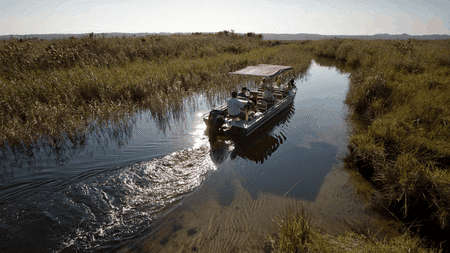 Each year, during the months of December and January, the beaches become a hive of activity as loggerhead and leatherback turtles (which can weigh up to 450kg!) visit to lay their eggs in the sand. This annual event has become an attraction and turtle tracking is offered every night from November 15 to January 15 at Kosi Forest Lodge. The tours last for a couple of hours depending on the sightings and each tour takes measures to not disturb the mother. Out of thousands of hatchlings just a handful will make it into adulthood, only to return to the same spot two decades later to nest, repeating the circle of life. 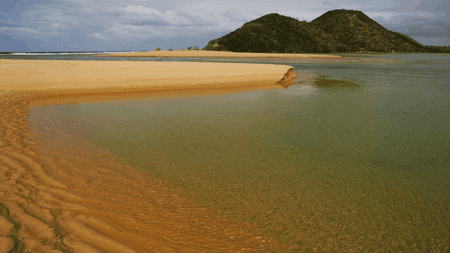 This massive palm grove was declared a national monument in 1942 and these raffia palms are only found in one other area within South Africa. As the rare palm nut is the vulture’s main food source, these large scavengers, among many other birds, are also found here. They’re often spotted sitting on the highest branches of the palms, so don’t forget to look up. 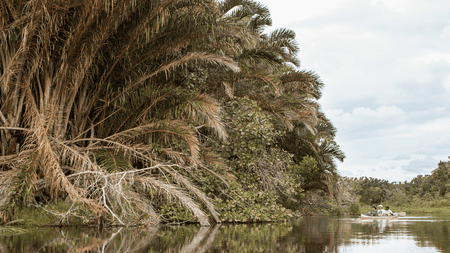 Explore via canoe | ©Guy Upfold/Kosi Forest Lodge
Give us feedback