South Africa's Endangered Black Rhinos Are Being Airlifted to Chad 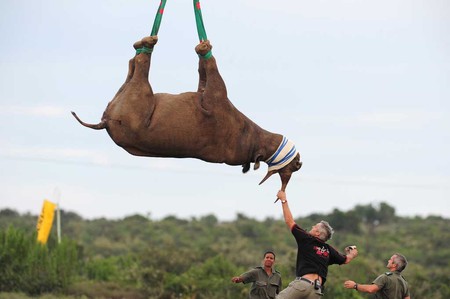 In spring 2018, between five and ten black rhinos will be airlifted from South Africa to Zakouma National Park in Chad, a country where these animals have been extinct since the late ’80s.

Black rhinos will be reintroduced into Chad, an African country just south of Libya, after a memorandum was signed with the South African government. The countries are in agreement that conservation NGO African Parks will airlift a small population of black rhinos from South Africa to Zakouma National Park in Chad. “The Government of Chad has shown extraordinary vision in committing to the conservation of its irreplaceable parks,” said African Parks CEO, Peter Fearnhead. 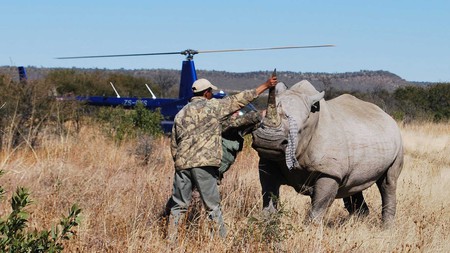 In May 2017, African Parks successfully relocated 18 eastern black rhinos from South Africa to Akagera National Park in Rwanda. Astonishingly, only four months after the project was completed, the first wild Rwandan rhino in over a decade was born.

A history of poaching

Today, black rhinos are critically endangered, mainly due to poaching, and are native to eastern and southern African countries, including Angola, Kenya, South Africa, Tanzania and Zimbabwe.

Since the 19th century, black rhinos have been hunted across Africa, and during the ’70s and ’80s the demand for rhino horn in Asia and the Middle East started to grow. Due to the increase of poachers, black rhino population numbers fell over 90% in just a few years and haven’t managed to build themselves up since. 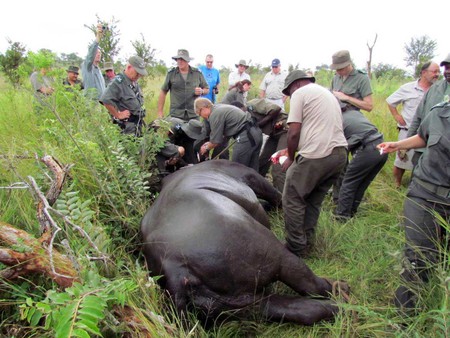 Poaching is the main threat to rhinos | ©Intel Free Press/Flickr

Conservation projects are making a difference

According to the International Union for Conservation of Nature, there are only approximately 5000 black rhinos left on the African continent. South Africa is home to just under 2000 black rhinos but, with the recent influx of poaching, numbers are declining. The wildlife-rich country is also home to 20,000 white rhinos—which make up approximately 80% of the total population. Sadly, more than 7000 of them have been poached for their horns, which is a coveted medicinal ingredient in China and Vietnam. 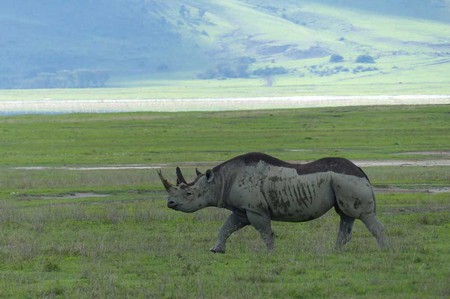 The main difference between black and white rhinos is the shape of their mouths; where the black rhino has a pointed lip, white rhinos have flat, wide-lipped mouths | ©Roman Boed/Flickr

The Ambassador of the European Union in Chad, Madame Denisa-Elena Ionete said that, “the Chad-EU cooperation has enabled the success of Zakouma National Park, and the extension of a conservation management mandate for African Parks will increase its footprint over a larger area. Experience also demonstrates the close links between safety, development and environmental conservation: safety has improved considerably around the park thanks to the effective anti-poaching mechanism set up in cooperation with the security forces. Socioeconomic development has been fostered through the creation of jobs, the promotion of tourism revenues and local enterprise development.”